Is Bill Gates the Best Secret Santa? Reddit User Says He Sent Her Gifts—and Did His Homework 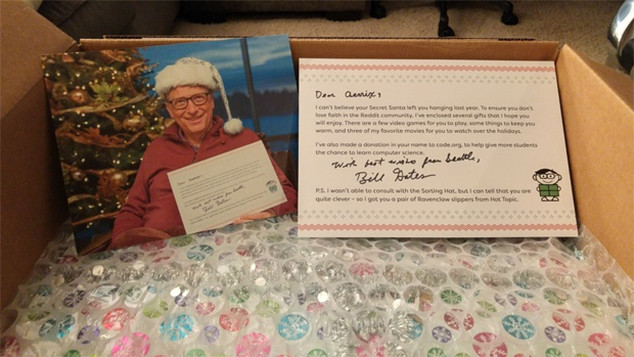 A Louisiana woman says Bill Gates sent her amazing presents recently as part of a Secret Santa gift exchange on Reddit. The Microsoft co-founder, the richest man of the world, has apparently taken part in the online community's annual tradition before.

Needless to say, this year's recipient, user Aerrix, was pretty shocked when she discovered the gift box of goodies last week.

"I saw the Redmond, WA return address, thought nothing of it, and uncovered a few layers of bubble wrap to see the first picture of him in the Santa hat holding my letter. If I'd had to poop, I'm pretty sure I would have literally s--t myself," she wrote on Reddit.

"My eyes got wide and my jaw dropped and then I screamed out loud, to no one, because I was alone (well my dog and cat were there, cat ran and hid, dog ran around jumping)," she continued. "I then called my husband, freaked out to him, then called my mom and had her on speaker for an hour while I opened everything, sending her the pics I was taking as I opened! :D" 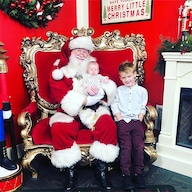 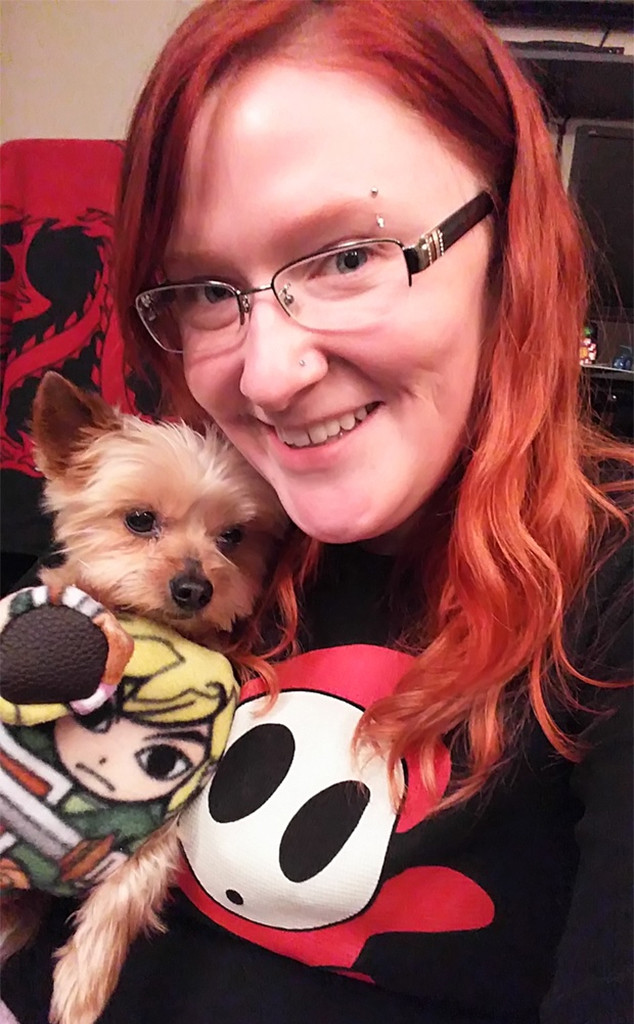 Before picking out her presents, Gates apparently did his homework, scouring over her past Reddit posts to figure out what she was into—and who her loved ones were.

"I got everything out and laid it out all nice, and there was glitter EVERYWHERE," she wrote. "I just had to go for the two unwrapped boxes that said 'Aerrix's Mittens' and 'Clairrix's Mittens' first. My dog's name is Claire, btw, how freakin CUTE IS THAT?! He got me ZELDA MITTENS and you guys, matching ones for my DOWG!"

"He knew I loved retro Nintendo :)," she wrote, adding, "His note DID say he 'got [me] a pair of Ravenclaw slippers from Hot Topic,' so I like to think he went to the store himself, which I find amazing and hilarious. XD." 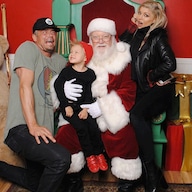 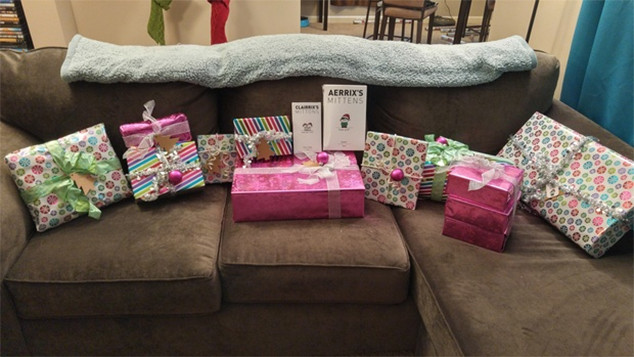 She said Gates included a note that read, "I love my XBOX and thought you might like one too."

"Next I open this awesome looking Cajun cookbook," she continued. "I'm from Southern Louisiana and mentioned this in my exchange profile, also that I would be visiting there soon and couldn't wait for my Uncle's Cajun Thanksgiving food!" 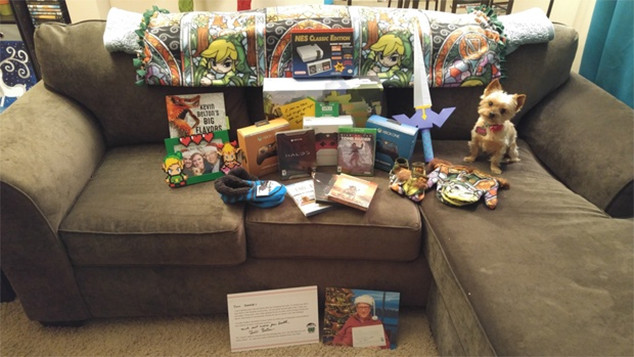 She said Gates also got her a few movies, including The End of the Tour and The Martian, a Legend of Zelda-themed tie blanket, a master sword from the franchise made of paper and a Legend of Zelda picture frame made of Perler beads with a special, customized photo.

"And the picture in it is just the best...he used my profile picture on here of me, my husband, and my dog, PHOTOSHOPPED HIMSELF IN, and put Santa hats on all of us!" she wrote.

"Merry Christmas to all yall out there, and to Mr. Gates, who has the biggest heart and REALLY KNOWS HOW TO TREAT A GIRL TO SOME VIDEO GAMES (and video game paraphernalia)!" she said. "I'm just blown away by his generosity, which went even further than all these gifts because he submitted a donation to code.org in my name to give more students the chance to learn computer science, which is AWESOME because it's something near and dear to my heart as my husband is a programmer and my brother has a degree in computer science! Thank you SO SO SO SO SO SO SO SO much Mr. Gates! I'll never EVAR forget this Christmas!!!!!!!!!!!!!!!! :D :D :D"

TAGS/ Christmas , Holidays , Top Stories
GET POP CULTURED!
*Email entered incorrectly. Please try again.
By subscribing to our newsletter you agree to the Privacy Policy and Terms of Use
Daily
Weekly