Prepare to feel old, because it was exactly 20 years ago today that 7th Heaven first premiered on television.

In fact, it was so long ago that the show debuted not on The CW that the world knows today, but The WB. We know, it's a throwback.

But regardless of the channel changes, today marks a very big occasion. 7th Heaven was a huge part of the lives of basically anybody who was young and had even one quarter of a heart. The show was rife with life lessons, restrained teen angst and feel-good family hijinks. Everyone had a favorite Camden. Some liked Matt, mostly for his flowing locks (or so we assume). Others flocked to Lucy for her willingness to sass openly. And some fans just couldn't resist the adorable-slash-cheesy smile of little Ruthie. 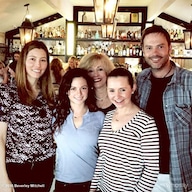 It's a 7th Heaven Reunion! Jessica Biel's Former Co-Stars Come Out to Support Her Restaurant Opening

But in this act of choosing Camden family sides, there is one character is overlooked to a disappointing degree. The unsung hero of 7th Heaven. We speak, of course, of little Happy Camden.

Happy was truly the glue that kept the show together. Not only did we have the best scene of the opening credits by far, but he had easily the most enviable hair. Of course, we don't love him just for his looks. For starters, his origin story on the show is reminiscent of the wonder that would ensue on the series. For those who have other things taking up important space in their brains, let us remind you.

Simon, the fourth-born, has been feeling a hole in his life. A hole the size of a dog. He begs his parents for a new canine friend in the pilot episode, and then, naturally, prays over it. Since this is 7th Heaven we're talking about, his prayer comes true—a stray dog shows up in the front yard. And thus begins Happy's wonderful reign as the best sidekick in television history.

We should take a moment to praise his work ethic, too. That's because he was one of the only actors on the show to appear in all 243 episodes. Yes, 243 episodes! He was in every. single. 7th. Heaven. Happy was a regular Ryan Seacrest; he just wasn't happy unless he was working. Those are a few personality traits we could all borrow from this four-legged superstar. 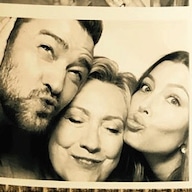 And now comes the point in which we discuss the real life Happy. Because as integral as he was to the goings-on of 7th Heaven and the Camden family, he was actually (gasp!) somebody else's dog off-screen. Her name in her regular life was also Happy (or, shall we say, the character was named after the original dog), and she was a mixed terrier who was rescued from a California animal shelter. She sadly died back in 2010, but she lived a very full 15 years of magical, famous life. We like to think that she's hanging out on church kids' bedroom floors in doggy heaven.

We'll pour one out to the twentieth anniversary of Happy tonight. 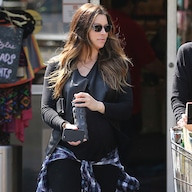