Olympic Sports as Explained by Movies 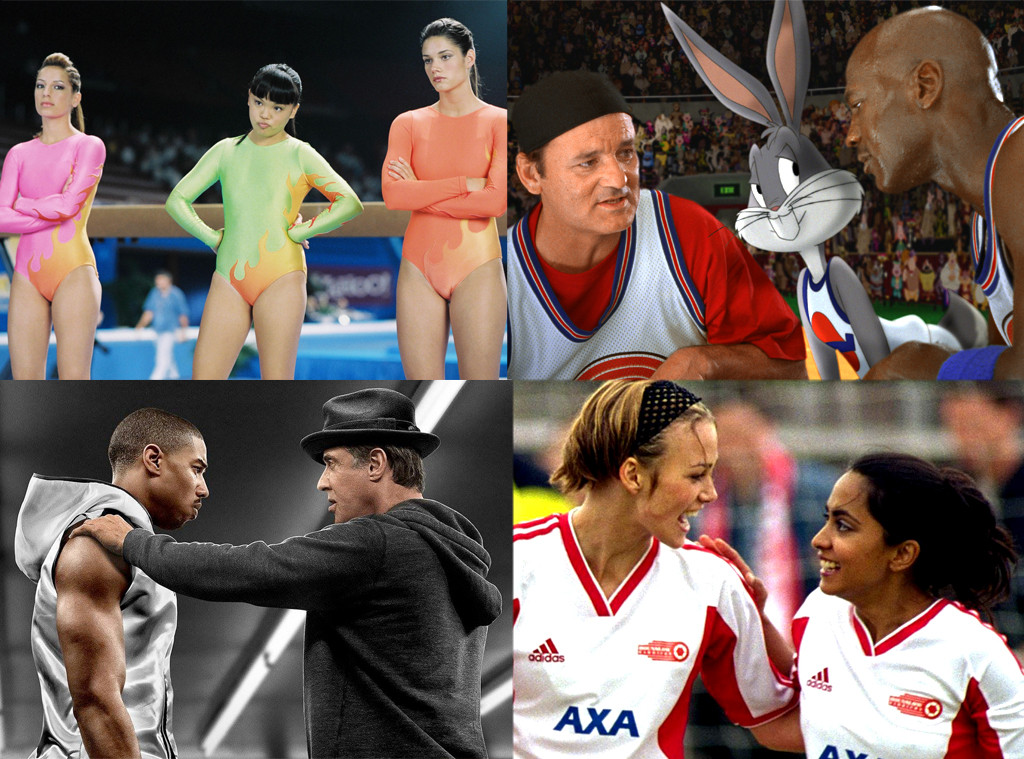 We are exactly one week into the 2016 Rio Olympics, and things are going swimmingly. The US is collecting medals at a rapid-fire pace, if we do say so ourselves, and there are enough heartwarming stories to (hopefully) last us through the rest of the year. But what about for those people who (gasp!) haven't been paying any attention at all?

We know you're out there. Maybe you've been really busy at work. Maybe your cable is out and you've been too modest to ask for a friend's password. Maybe you're just so behind on Scandal that you have no time at all for any other television programs. No matter—we don't want to hear your excuses. All we know is that you've been severely lacking in your Olympics coverage, and you've now found yourself in a social pickle.

That's because, for the entire month of August, 99% of conversations will inevitably revolve around the Rio Games. Did you see Phelps' breast stroke? They'll ask you. Or How about Simone Biles' floor routine? You'll mumble something and then immediately change the subject, but it doesn't have to be this way. We're bringing you a little sports cheat sheet in the form of a language we know you speak: Pop culture. Below are seven sports as explained by movies, so that the next time someone brings up the basketball competition you can just quote Space Jam and sound immediately informed.

The 2016 Rio Olympics by the Numbers: From Medal Counts to Condoms

Take away all the political and cultural conflicts and connotations, and you're left with an adorable and enterprising group of girls who are determined to stop at nothing on the soccer field. There's kicking, there's dribbling, there's running, there's bending...all things that happen in real life on the soccer field. The resemblance is uncanny. Although, of course, we assume that none of the women on Olympic teams are hiding sordid crushes on their coaches who are years their senior. They're professionals, after all.

Well this is an easy one, because Space Jam stars actual basketball players who played in the actual Olympics. But not Bill Murray, of course. He doesn't have the bone structure. But just replace that ragtag gang of cartoon characters with a rival country's basketball team and wham! And yes, all the dunks in Rio look just like what's pictured above.

Every Olympics needs a Cinderella story, and Paul Bettany might just be the guy. He's an old, washed-up former pro who had decided to hang in the tennis towel until he received a surprise wild card berth to Wimbledon. Enter Kirsten Dunst, who inspires him on and off the court, and you not only have movie magic but sports magic too. Plus, don't you think the players in Rio would be a lot more relaxed if they got to practice with beer bottles?

This movie is about two young runners training for the Paris Olympics, sooo it's kind of a no-brainer. Sure, Chariots of Fire has some pretty heavy storylines—a devout Christian who sees running as part of his religion, a runner who overcomes anti-Semitism, a runner who ends up completely neglecting his girlfriend for the pursuit of running greatness—but it's a pretty easy guess that some of the same issues are going down on the real-life track in Rio. Especially the relationship issues part. (Don't make us remind you about all the Tinder-ing.)

This was basically Bring It On for gymnastics, but you won't find us complaining about the plot recycling, because Bring It On was awesome and the world could always use more onscreen teen drama. In Stick It, a rebellious teen is forced by a judge to return to her competitive gymnastics after an arrest, and...well...we'll just let you put the pieces together on the parallel phenomenon of being at the gym against your will. But no mind the depressing parts, because this has a happy ending! Jeff Bridgesis the head coach, after all. He's no Marta Karolyi, but it's a pretty close second.

Okay, okay. Hear us out. There is swimming in this movie, right? If you ignore the murder-sexy vibe of Erika Christensen, you've got a guy doing a lot of laps in an indoor pool—and that's exactly what it's like to train for the Olympics. Which reminds us, if there are any die-hard Ryan Lochte fans out there, speak now or forever hold your peace.

The world should on be so lucky as to have a boxer who looks like Michael B. Jordan. But for our sake, we're going to imagine all of the Rio competitors doing their training the exact same way: Running through the streets of inner-city Philadelphia with this look of hot, hot rage. 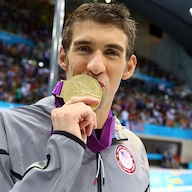 Every Time Michael Phelps Has Won an Olympic Gold Medal

TAGS/ 2016 Rio , Olympics , Movies , Top Stories , Events
GET POP CULTURED!
*Email entered incorrectly. Please try again.
By subscribing to our newsletter you agree to the Privacy Policy and Terms of Use
Daily
Weekly