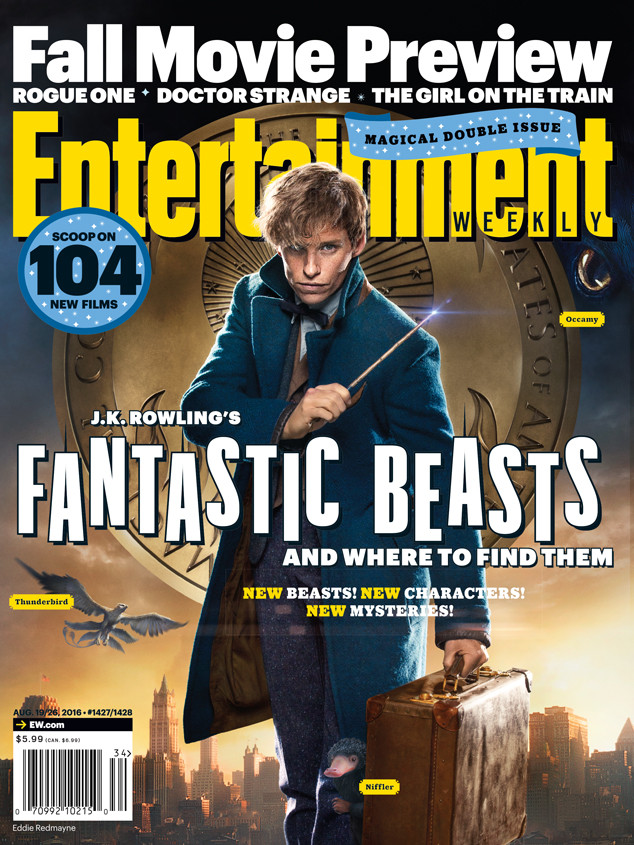 Fantastic Beasts and Where to Find Them is quickly becoming one of the most anticipated movies of the year.

So as we get closer to its November release date, we're gobbling up all we can about the Harry Potter spin-off.

Happily we got our fill for today, thanks to Entertainment Weekly, which features star Eddie Redmayne on its new cover. So between talk of future sequels, acting confessions and the intricacies involved in directing such an elaborate, high-profile film (though that's old hat for Harry Potter 5-8 director David Yates of course), here are five things to look forward to when the film hits theaters Nov. 18: 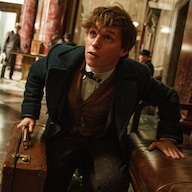 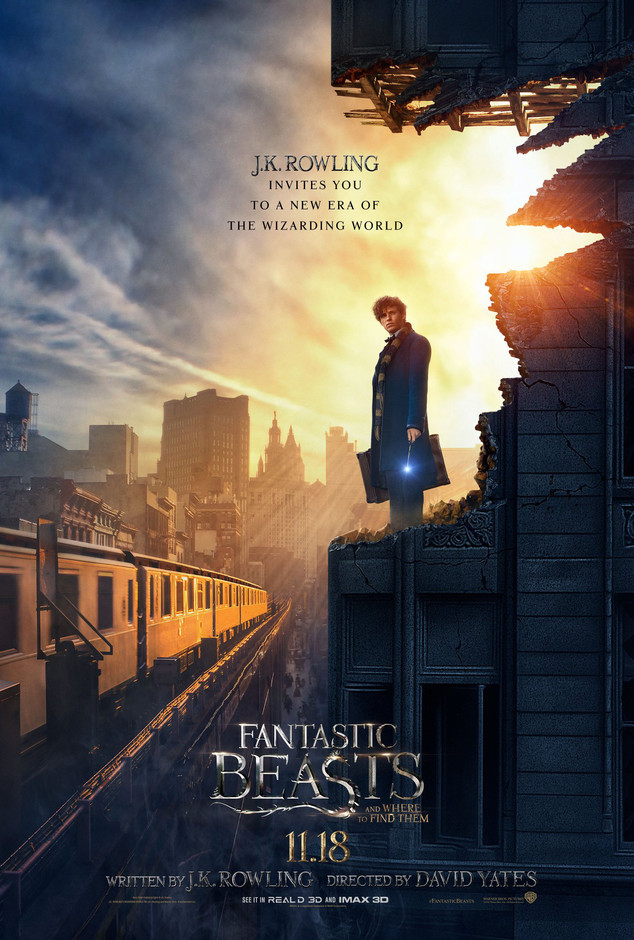 1. Eddie Redmayne's Harry Potter Expertise on Display: Expecto Patronum! The Danish Girl star confessed to EW that he had anxiety when acting out a spell, though he reasoned that it was difficult for him to draw from real-life experience for inspiration. "I had to do an obliviate spell, and I literally went and looked at all the moments in the [Harry Potter] films in which there was an obliviate spell, and there was an absolutely stunning moment in which Emma Watson did this gentle turn of her hand," the Oscar-winner said. "So there were specific things that I went and looked at, and then thieved."

2. Expect Fantastic Beasts to be Intense: Redmayne, who stars as Newt Scamander, came clean about the tone Yates is taking with this film as compared to other Harry Potter movies. "There is a dark aspect to it; I think it's going to be surprising how moving it is." We are anxious to experience the direction the film is going to take and will be sure to have a box of tissues along with the popcorn.

3. We Won't Get Too Upset When It's Over: J.K. Rowling revealed her plans on making Newt's story a trilogy quite a few months back, but has confirmed she has already started writing the sequel to Fantastic Beasts expected to debut in 2018. This means we'll have a lot more wizardry to look forward to in the near future. It's worth nothing that this film marks Rowling's first foray into screenwriting. Additionally, she is also one of the producers of the film. Is there anything the best-selling author can't do?

Attention No-Maj: J.K. Rowling's Fantastic Beasts and Where to Find Them Sequel Set for 2018 Release 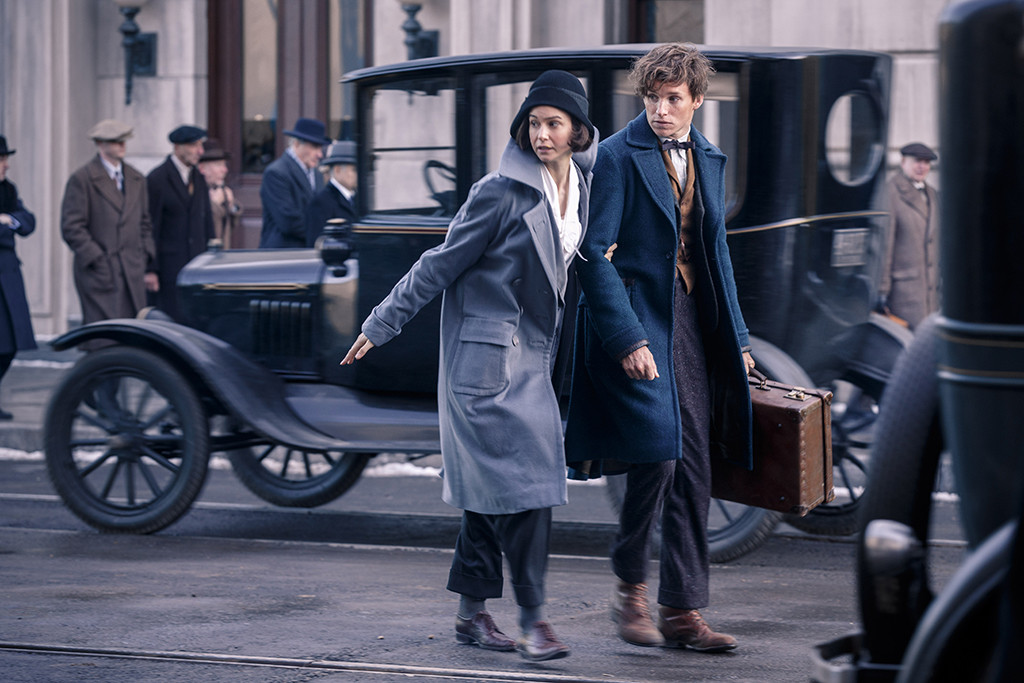 4. There's a Specific Reason the Film Takes Place in the 1920s: In their discussion with the magazine, the creative forces behind the film revealed why they felt 1926 the appropriate time to situate the film. Rowling shared that she felt this period best encapsulated our current postmillennial anxieties. Yates added, "It feels like the world is on a precipice. Everyone's a bit nervous. There are things happening that make everyone uncomfortable, and people have a choice to make about which side they want to stand on." It will be interesting to see the parallels between present-day struggles juxtaposed with society nearly a century ago.

5. So Many Secrets Remain: In order to build excitement, the entire cast and crew of Fantastic Beasts are adhering to the principle, mum's the word. The nutshell backstory of the character Ron Perlman will be playing in the film is, basically, goblin who runs a speakeasy. The details of Jon Voight's role as the father of a U.S. senator are also quite vague. Ezra Miller, who plays Credence, summed it up when asked about his character. He told EW, "If I tell you s--t about my character, I swear there's a sniper up on that roof who will take me out." 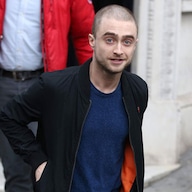 Daniel Radcliffe Is Excited for Fantastic Beasts and Where to Find Them: I Can Barely Keep Myself in This Chair

In order to protect Ezra's well-being and to avoid spoilers, we'll continue to patiently wait for Nov. 18. You can re-watch a lot of Harry Potter movies in three months. 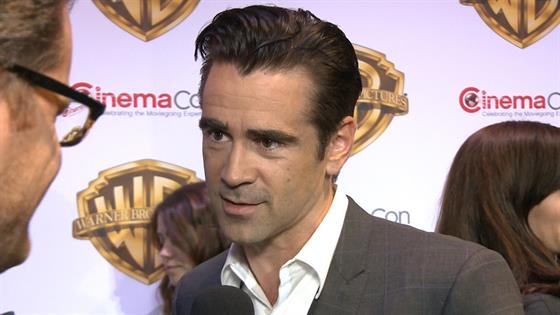 Now Playing
Up Next
Colin Farrell Wants a Magical Wand

TAGS/ Eddie Redmayne , J.K. Rowling , Movies , Harry Potter , Top Stories , Fantastic Beasts and Where to Find Them
GET POP CULTURED!
*Email entered incorrectly. Please try again.
By subscribing to our newsletter you agree to the Privacy Policy and Terms of Use
Daily
Weekly