Behind-the-Scenes Business: Inside the Life of a Celebrity Assistant 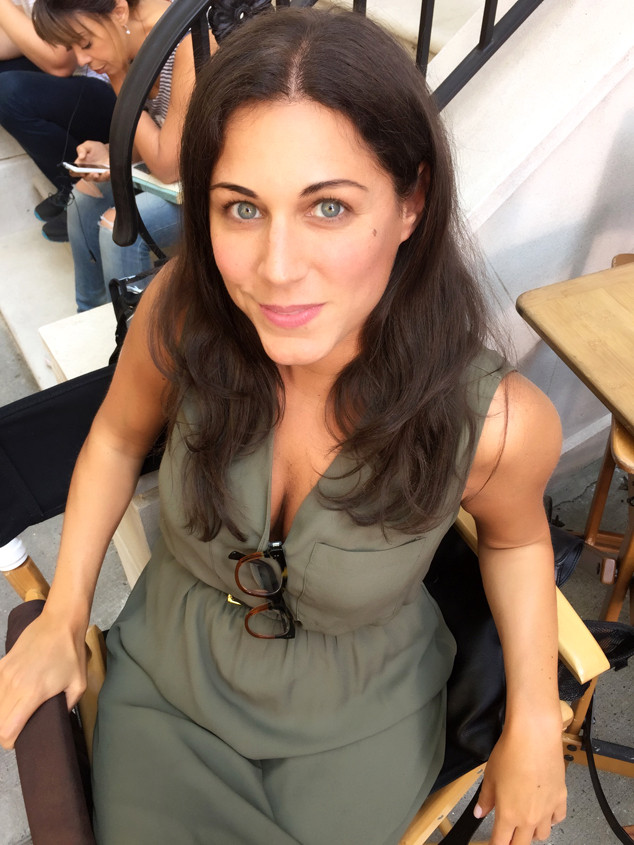 We know the glam squads—the teams of stylists, hairdressers, manicurists and makeup artists who make the celebrities look perfect in public. We're certainly familiar with the agents, management teams, publicists and lawyers, those entrusted to maintain a celebrity's good name—and keep them working. And of course there are the trainers, the chefs, the drivers, the nannies and the countless others who lend a hand.

But what about the people who connect all the working parts, who keep a celebrity's day running like the well-oiled machine that it needs to be so that they can focus on family, the set, the recording studio, the PR tour?

We're talking, of course, about the personal assistants. 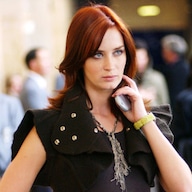 A celebrity assistant has to be more than energetic and thick-skinned, though both qualities presumably help when it comes to fulfilling a whim at a moment's notice.

They have to be resourceful, creative, clever and organized—and, perhaps most importantly of all, discreet. Which is why you don't hear much from them.

While hairstylists, makeup artists, etc. have more freedom to share their celeb-centric day-to-days on Instagram and get to tick off their famous clients in order to attract more business, assistants are appreciated for their quiet, almost entirely behind-the-scenes services.

We've talked to enough assistants, former assistants or friends of assistants over the years to know that plenty of celebrities are incredibly demanding and it can be exhausting attending to them—and that's a reason why so many of these employee-employer relationships are short-lived. Moreover, the two sides often enter into strict confidentiality agreements that continue even after they no longer work together, hence so few non-anonymous accounts of what goes on behind closed doors. Or, you can end up with a great boss and thrive under the pressure of working for an A-list star.

Patience, resourcefulness and the ability to pay attention to detail are three must-have skills to do this job well, says Erica First, who has been in this business for over a decade and has now worked for Debra Messing for more than three years. She met Messing on the set of Will & Grace while she was working for Alec Baldwin. He guest-starred on the sitcom and she became friendly with Messing's assistant at the time.

First lesson of the trade from the 34-year-old New Yorker: There's no such thing as an "average" day.

"I embrace that challenge," Erica tells E! News. "Each day begins with the emails that have come in and, as I start answering them, naturally there are interruptions or other tasks that come up, so multitasking is really important. I might be answering an email about one thing and then my phone will ring about another task that's just as important, so it's about being able to switch gears and stay focused." 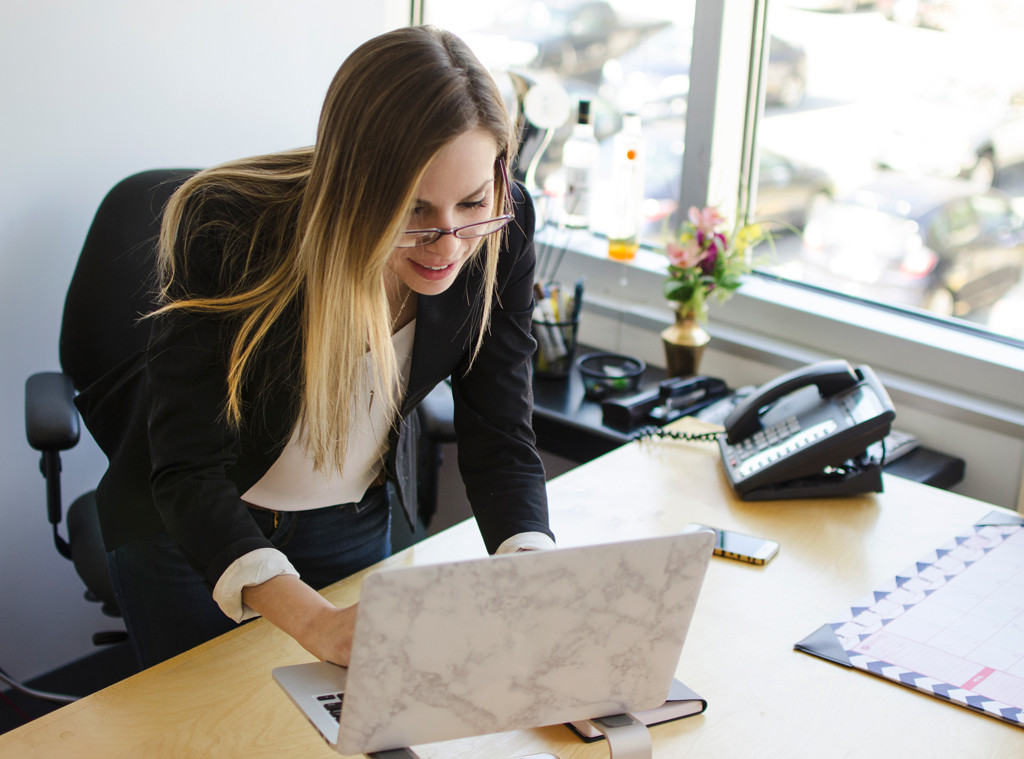 As her boss' sole assistant, Erica handles all of Messing's day-to-day affairs and is the liaison between the actress and her team.

"Sometimes it amazes me how many different people I speak with on a daily basis, but it keeps me on my toes, which is always a good thing," she says.

Erica graduated from Syracuse's S.I. Newhouse School of Public Communications with a degree in Television, Radio & Film and, while she didn't even really know while in school that this career track existed, she's found that the multifaceted position suits her. Plus, she's a writer on weekends, a creative outlet she appreciates since her day job is so focused on logistics.

"I also try to be active—I love riding Citi Bikes!" she mentions NYC's bike-share program, which is also a favorite of celebs such as Leonardo DiCaprio.

And when the going gets rough... 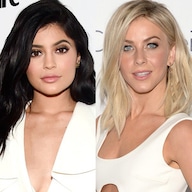 How Kylie Jenner, Julianne Hough and More Moguls-in-the-Making Use Star Power to Succeed

Well, it doesn't get that rough, because Erica is an experienced assistant who knows how to roll with the punches by now—and when she needs help, as a board member of New York Celebrity Assistants, she has a network of fellow assistants to reach out to.

Now in its 20th year, NYCA is a networking organization (there's a Los Angeles branch too) that requires at least 18 months of full-time experience as a personal assistant to a "celebrity" (that can include actors, singers, artists, authors, athletes, politicians and other public figures) before you can apply. But once you're in, you have camaraderie (albeit still confidential, per the requirements of the job), and also, perhaps even more importantly... 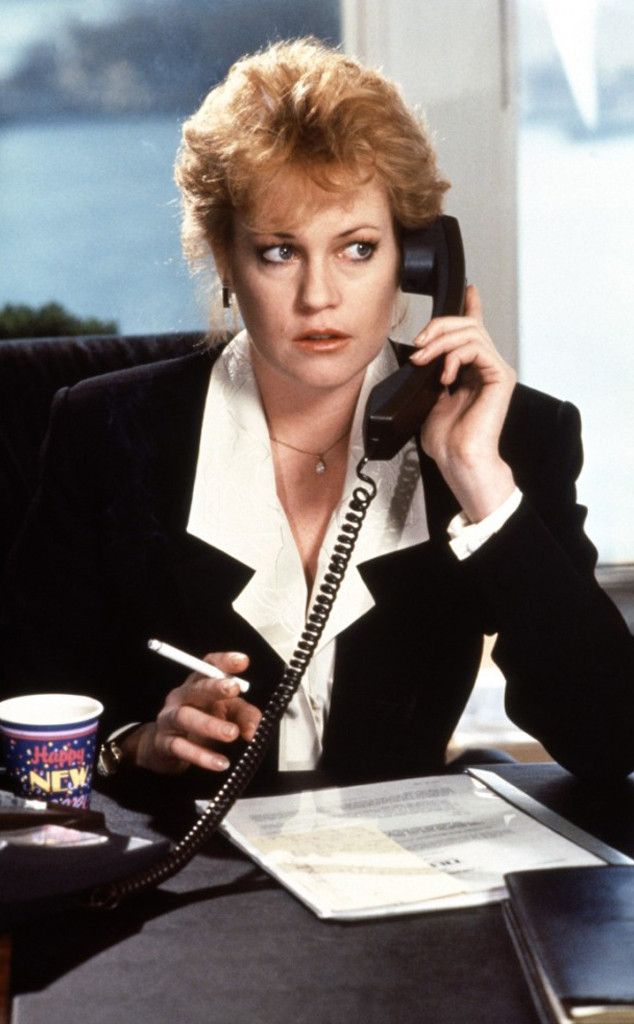 "If I don't have a contact in my personal little black book, I email my fellow members," Erica tells me.

Asked if there was ever a time when she thought, perhaps, she just wouldn't be able to get a task done, she says, "Never. OK, maybe. But I take my job very seriously and I don't like to disappoint. I always say that the word 'no' is not in my vocabulary. A good example is when my employer wanted to hire a magician for a birthday party. I needed to find someone top-notch and needed some help so I turned to the NYCA."

She sent some emails and "within 10 minutes I had more magicians' names than I knew what to do with!" 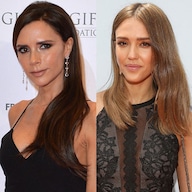 "What seemed like a daunting task at first turned out to be simple and painless," she continued. "That's the great thing about this group. It's like the best version of Yelp."

But there had to have been some time when a request proved impossible, either in this job or one of her previous jobs, for whatever reason?

"Never," Erica insists. "I get it done. And if I can't, I know someone that can. Since I've been doing this for so many years, I have a contact for everything."

One of her former employers needed to get a gift that was in New York to Toronto by the next morning—and they were in Los Angeles, "a logistical nightmare," she recalls. "Since FedEx couldn't guarantee an overnight delivery and Superman was busy on another job, I had to be resourceful. So here's how it went: I quickly located the item and thought hard about who could help. I always manage to find someone and, I realized, I knew a guy. And luckily, he knew a guy who knew a guy. The gift was delivered on time." 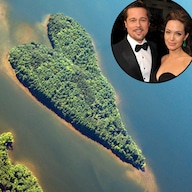 "It's about being resourceful," Erica also told me recently. "If she asks me for something, I never want to tell her no."

And while the predictably unpredictable hours had us speaking or emailing at all different times of day, she definitely considers herself one of the lucky ones.

"I think that if you work for a good person and if you are challenged and they give you a lot of responsibilities, I think it's a very stimulating job," she says.

That attitude and her dedication has bred loyalty both ways, resulting in a fruitful working relationship.

"I like being a gatekeeper," Erica says. "When you're a celebrity, people want access. It's my job to protect my employer and filter what comes in. Since I work for the best of the best, we are exposed to the best things the world has to offer, including beauty tips from renowned hair and makeup artists, styling ideas from the best Hollywood designers and stylists...

"And one really cool perk was when my boss surprised me with tickets to Hamilton."

Well, that just about says it all these days. 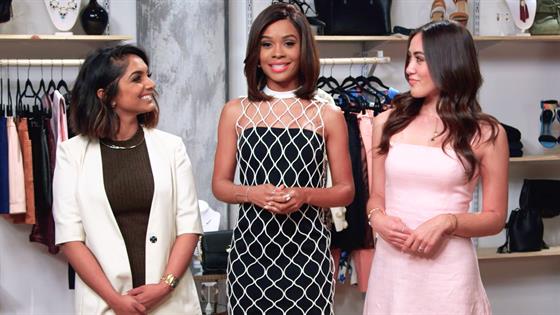 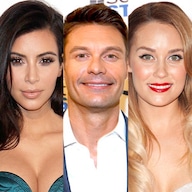 TAGS/ Debra Messing , Celebrities , Top Stories , Business of Celebrity Week
GET POP CULTURED!
*Email entered incorrectly. Please try again.
By subscribing to our newsletter you agree to the Privacy Policy and Terms of Use
Daily
Weekly