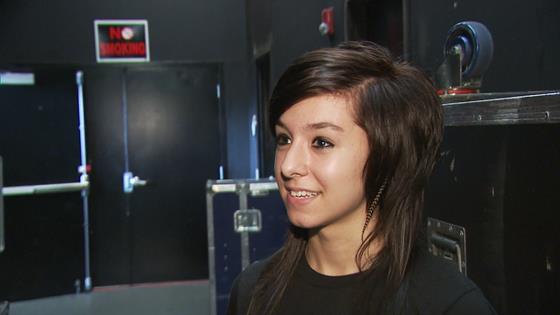 Now Playing
Up Next
Christina Grimmie Speaks in 2012

Christina Grimmie's charm and adorable personality was always there from the start.

There has been an outpouring of love and support for the late singer, who was tragically killed on Friday after being shot by a man at her Orlando concert, and there's no question why. When viewing Grimmie on stage or even her casual video clips, you can see the admirable traits that pulled people in.

Before gaining even more fans from her time on The Voice, Grimmie grew her audience through YouTube videos, and some of those videos caught the attention of a few very well-known people, who would later help launch her singing career.

In this 2012 interview with E! News, an 18-year-old Grimmie spoke with us about how she first became linked with Selena Gomezs stepfather, Brian Teefey, who ultimately became her manager, and also gushed about the A-lister's sweet personality. 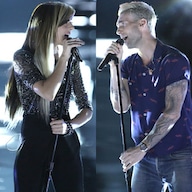 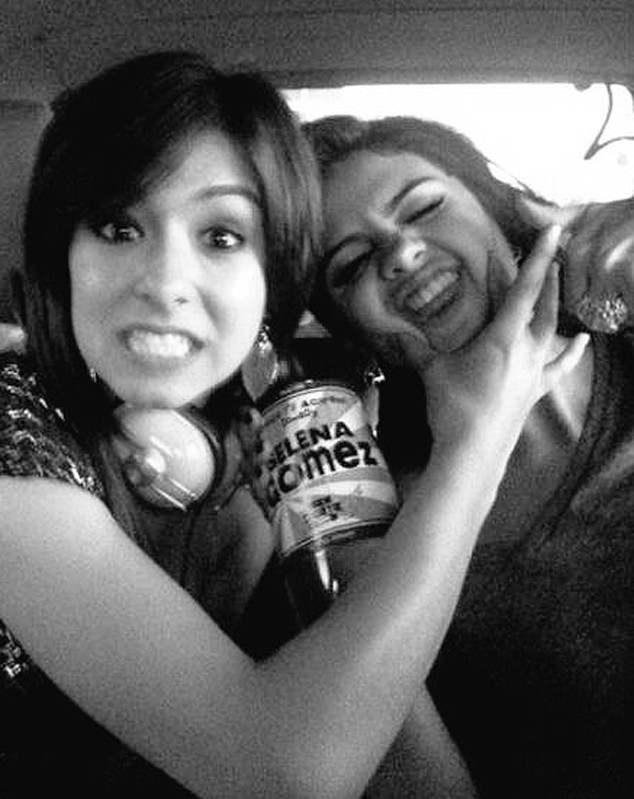 "Selena's mom did find a video of mine, and then she told Brian, her husband, to kind of go after me in a not creepy way. But that's kind of how I got picked up with them," she enthusiastically told us four years ago.

"And ever since then, it's been really great. I've been doing a lot of work out in LA and back. She is the most normal person—and I'm not just saying that because I know her, I'm just saying—I met her, and she was like getting food for me and my parents. I was like, sit down! We should be serving you. I was actually in a Dream Out Loud commercial, I was in the background. That's when I first met her."

Gomez has been openly mourning the death of her close friend, and couldn't help but break down during her concert after hearing the news.  In the middle of her show Saturday night in Miami, the "Come and Get It" singer took a moment to honor The Voice singer with a special dedication.

"One thing about Christina and her family is that she holds her faith so closely to her," Selena shared with the crowd before wiping away tears. "I think it's not about a religion and it's not about good deeds. I think she just had faith and I don't really understand how this really happened, but I would like to dedicate this song to her."

The singer then headed to the piano where she delivered an emotional performance of "Transfiguration."

"Words cannot begin to describe the pain I am feeling. I learned this business through the eyes of a father and Christina was like a second daughter to me. All I wanted to do was assist her in achieving her musical dreams while protecting her from the pitfalls associated with the business," Teefey wrote on a GoFundMe page benefiting Christina's family. "I never could have imagined this horrific event being one of the pitfalls needing to be avoided."

Selena and Christina would end up performing together as part of the "Stars Dance" and "We Own the Night" tours.

"They're literally like a family—Selena has been so encouraging ever since we got hooked up," Christina once shared with Seventeen. "It's crazy! It's very much a fairy tale."

Watch the video to see Christina talk about some of her other musical influences, including Christina Aguilera and Metallica.

TAGS/ Christina Grimmie , Death , Top Stories
GET POP CULTURED!
*Email entered incorrectly. Please try again.
By subscribing to our newsletter you agree to the Privacy Policy and Terms of Use
Daily
Weekly