Grey's Anatomy Finale Recap: A Terrifying Birth, a Potential Love Triangle & Who's Got a Secret Identity? 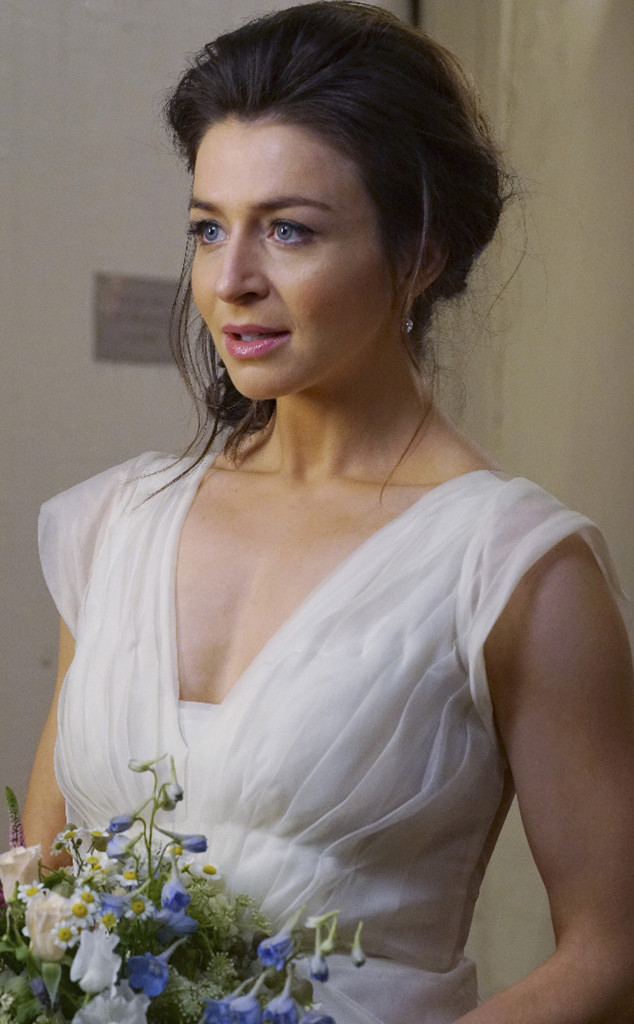 We just watched an entire Grey's Anatomy finale in which no one died and no one broke up (officially). Almost everyone was left smiling at the end of season 12. What is happening? Who was that and what have they done with Grey's Anatomy?!

While there were a few close calls, the night's only real upset came from Jo and Alex, but even that wasn't as truly devastating as it could have been. She first tried to explain that she loves Alex but just doesn't want to marry him, and he stormed out after telling her he's a grown man who just wants a grown up relationship and family. But as it turns out, Jo really does want to marry Alex, she just can't, because she's already married.

She had apparently gotten married to a man who then abused her, and so she ran away and changed her name. She can't divorce him, because then he'll know where to find her, so that's why she can't marry Alex. Unfortunately, she didn't explain this to Alex. She explained it to DeLuca while they got a drink together, and while he was helping her get settled back in her apartment. 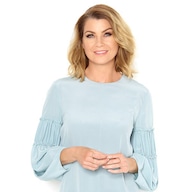 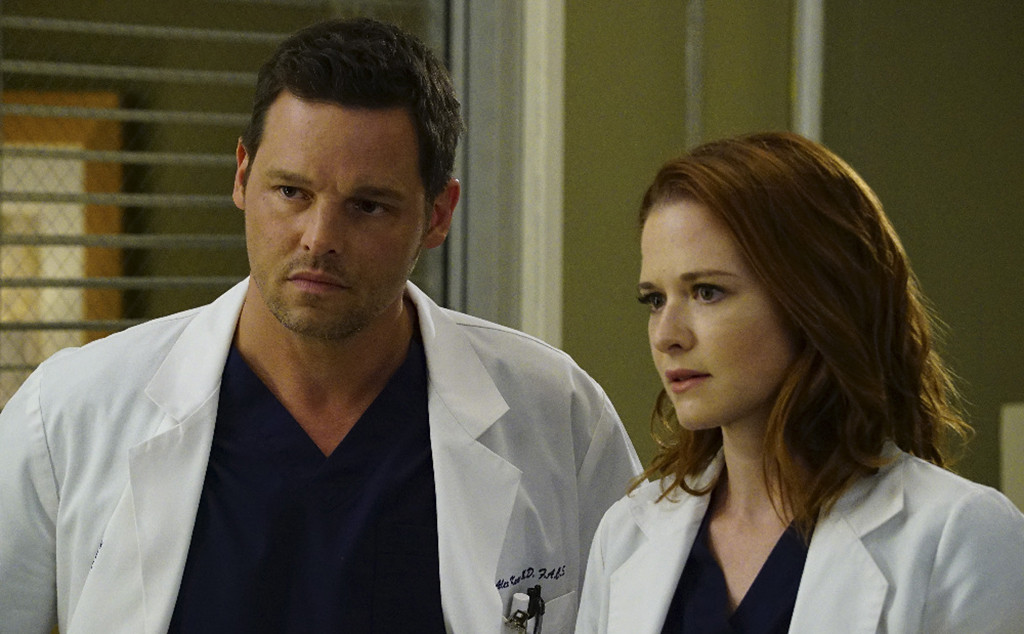 Of course, right after he accidentally fell down onto the bed on top of her, Alex returned home...and punched DeLuca right in the face.

Other than that, the events of tonight's finale were almost joyous.

Amelia and Owen got married, even after Amelia spent a while running away to get slurpees with Meredith and Maggie after freaking out about her terrible family refusing to attend her wedding. Meredith told her she was her family, and put aside her issues with Amelia to be whatever she needed her to be for that day.

Meanwhile, Meredith and Riggs continued to flirt following their hook-up last week, and we've decided we're totally into it. However, at the wedding, as Riggs looked at Meredith, Maggie leaned over and said to her, "I like him. I like him a lot. And I think he likes me." Whoops! 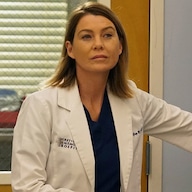 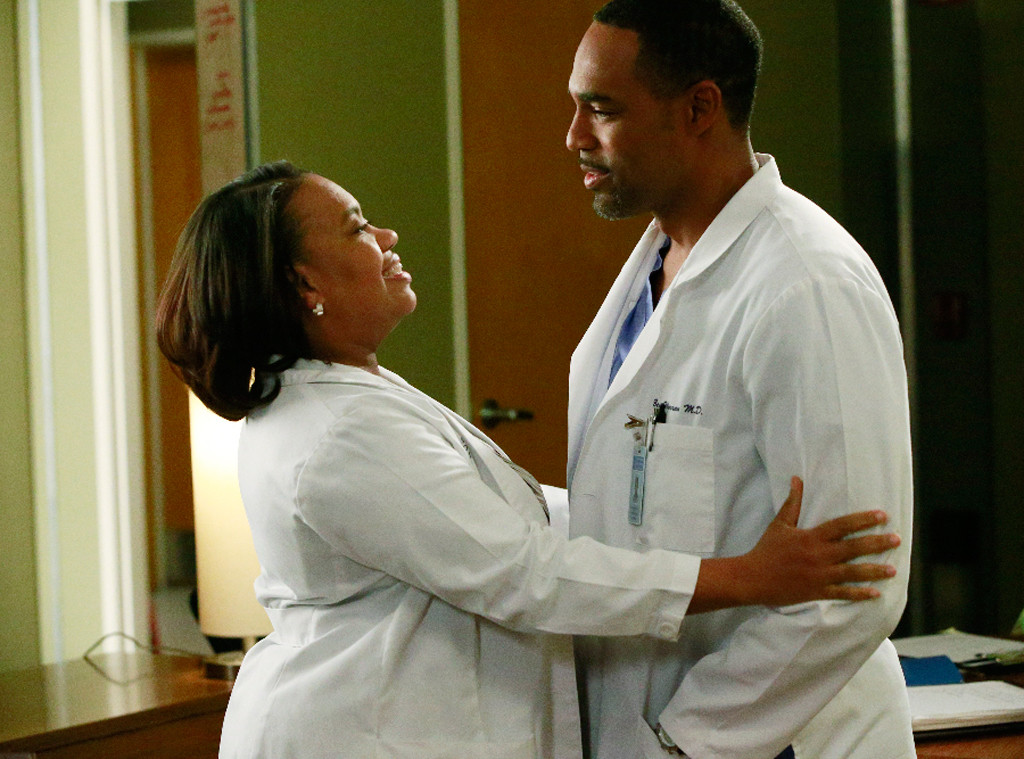 Unrelated to the wedding, Arizona bought Callie two tickets to take Sofia to visit Penny, and told her they would still share custody. "Let's be happy!" she said, and for once, they actually seemed to be.

Finally, April had her baby, and it was the most stressful thing we've experienced all week. She and Ben were searching for the wedding rings she had misplaced in Meredith's house when she went into labor. Of course, it was storming outside, and the baby was breach, and so the only option was for Ben to perform a c-section right there on the dining room table, with no proper tools or anesthesia. Obviously!

It was terrifying and very stressful, but he succeeded, and the ambulance finally showed up and got both April and the baby to the hospital in time for them to be totally fine, and for Bailey to promise her husband that she trusts him. Contrived and ridiculous? You bet, but we could not have been more emotionally effected, or more relieved when it all ended well.

What did you think of the finale? Sound off in the comments!

Grey's Anatomy will return to Thursdays on ABC this fall. 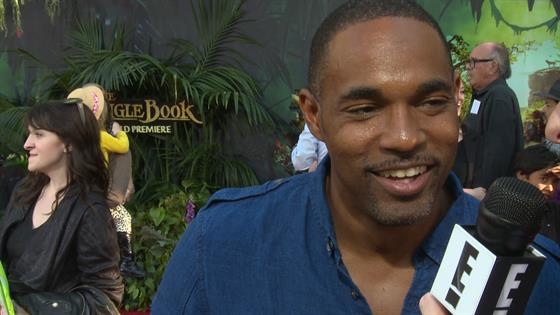 Now Playing
Up Next
"Grey's Anatomy" Has Big Relationship Shake-Up 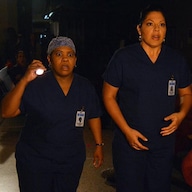