The actor, 41, was a guest on Jimmy Kimmel Live! Wednesday and shared a few funny stories about his wife, Kristen Bell, 35, and their two daughters Lincoln Shepard, 3, and Delta Shepard, 17 months. After some time, Jimmy Kimmel asked, "Do you think you will have more children?"

"Ah, no," Dax replied. "Last year, my wife was working in Atlanta [shooting The Boss with Melissa McCarthy]. We were there and she all of a sudden goes, 'Oh, my gosh! I'm so stupid. I've been sick for 10 days and ignoring it; I'm definitely pregnant.' And I was like, 'We're going to turn into Jon & Kate Plus 8 or something. We already have no life! This is going to be not worth living.' I freaked out. It was so bad. That was Tuesday and she had to work, so for eight hours we didn't get a pregnancy test. For eight hours I was like imagining my life with all these kids. That was Tuesday. I flew home Wednesday for a meeting. Thursday morning I had a vasectomy." As the audience cheered, the actor joked, "There's a lot of urologists in the audience."

To Dax's relief, it turned out to be a pregnancy scare—but there was no going back. "I had a vasectomy and Kristen was not thrilled that I did it so quickly," he said. "But I'm a man of action, so I was in and out. I was back in Atlanta two days after that shooting a Samsung commercial."

"But what you have to do when you get a vasectomy is about three weeks later you have got to take your semen in to make sure that it's worked; they test it to make sure that the semen's actually sterile or not. They don't provide an area there at the urology clinic to service yourself, so you have to bring in a sample," he explained. "So, I had an appointment at 5:00 in Beverly Hills. You have to procure your sample within two hours of when they get there, you follow me? Because they'll start dying and who will know if you were fertile? So I was working. I had a meeting scheduled at 3. No problem! I'll have time to go into my office, relax, extract, go to Beverly Hills. I brought a Mason jar with me that I rinsed with extra hot water—sterile, I think." 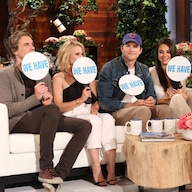 "So, I'm in this meeting—mind you, my best friend's in this meeting with me and he knows the time crunch I'm under—and the meeting's going on and on and it's all the presidents of Warner Bros. I can't get out of this meeting and the clock is ticking. All of a sudden, I'm out of the meeting. I have 15 minutes to get from Burbank to Beverly Hills and procure my sample," the director and star of the upcoming CHiPs reboot recalled. "This is the God's truth. I had to drive cross-town, rush hour—thank God there was heavy traffic on Laurel Canyon, so it slowed down enough that I could [multitask]. I literally masturbated on Laurel Canyon in heavy traffic. It's one thing to loosey-goosey just go for it, but I have a jar and it's heavy traffic. It's very curvy. For those of you have not been on Laurel Canyon, it's one of the twistier roads in America. It's hard enough to get through that road while not making love to yourself, into a container." 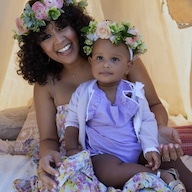