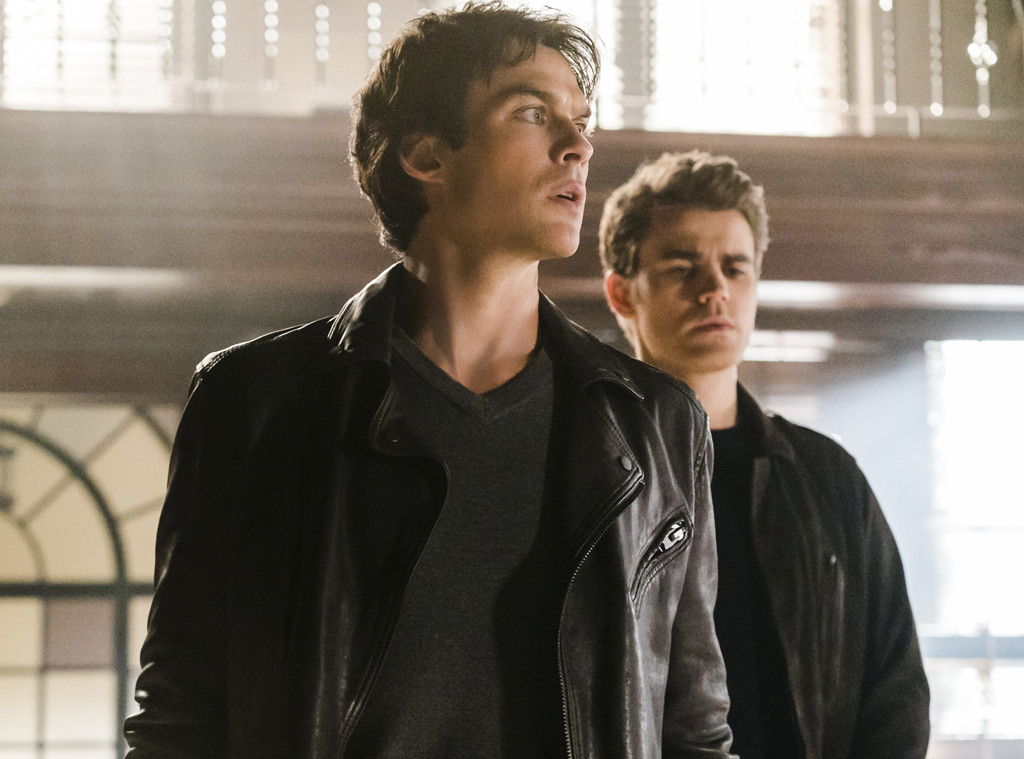 It wouldn't be a Vampire Diaries finale without some of your favorites out on the loose, possessed by an evil spirit (or, like in past years, the suppression of their own humanity).

But after all poor Bonnie Bennet (Kat Graham) went through in these final few episodes of season seven, could the evil, unkillable spirit that has been alive for thousands of years maybe have targeted anyone besides Bonnie's BFF Damon (Ian Somerhalder) and her true love, Enzo (Michael Malarkey)?

Unfortunately, as we learned at the end of the episode, Damon and Enzo escaped from the vault where the evil resided, and where Damon had to go to kill the Everlasting, which linked Bonnie to the spell that gave her an unquenchable thirst to murder all her friends (and all vampires in general).

Now, the duo is roaming the west coast, murdering people and then hanging them upside down in a warehouse like a butcher. But for what? And why? That, friends, we'll have to wait for season eight to find out. 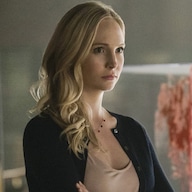 The Vampire Diaries Finale Will Give You Steroline Closure, Reveal Bonnie's Fate 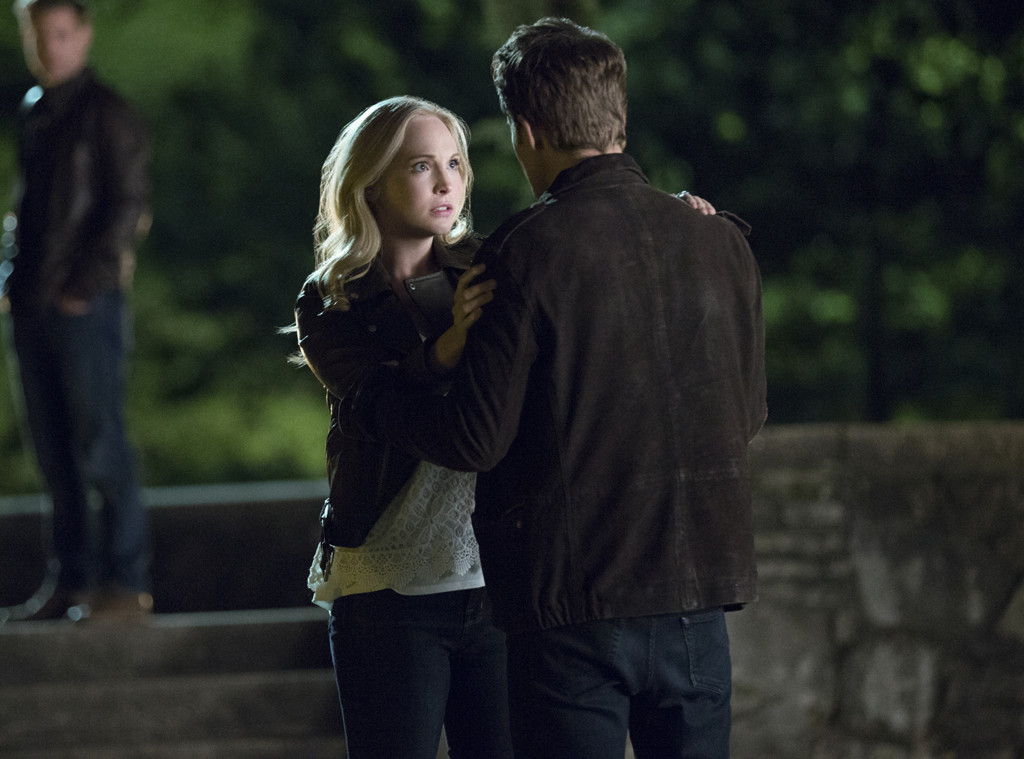 But will Bonnie feel guilty that the reason the evil was able to snag Damon and Enzo is because they were trying to save her?

"I don't think she should feel guilt," creator Julie Plec tells E! News. "All these predicaments—the circumstance is so out of her control, and she did everything that she could to fight it, so I don't want to see her wallowing in any kind of guilt. I do, however, think she is in a terrible emotional place, because two of the people she loves most in the world are in a bad spot, and she doesn't have the equipment to fix them or to help them. It's going to be tough for her to get thought the next chapter."

As for the other major development—no, not the fact that Nina Dobrev recorded new dialogue for this episode, as E! News confirmed earlier—the fact that Stefan (Paul Wesley) and Caroline (Candice King) are finally able to be together! And Alaric (Matt Davis) is TOTALLY cool with it. 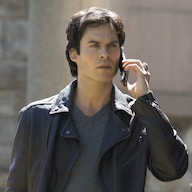 There Might Be a Way to Save Bonnie on The Vampire Diaries, Thank Goodness 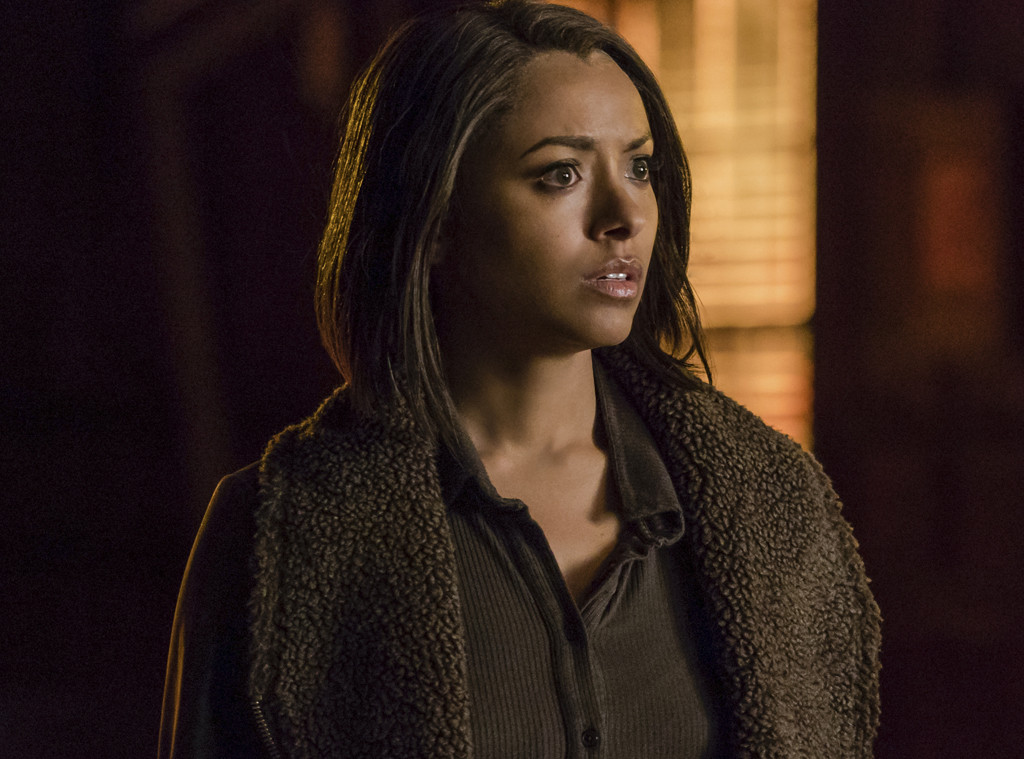 "We actually went back and forth through a good portion of the season about whether they should be together and happy, or permanently broken up, and thank God, love won," Plec tells us. "It's a nicer way to end the story. I'm looking forward to seeing them be able to have a relationship that makes them happy, and we'll see. If Paul Wesley gets pregnant that could change everything," she jokes.

But what of poor Alaric? "Alaric comes out of this smelling like a hero. He really does, and I think that he handles himself so gracefully, and with such care that we won't be so worried about him moving forward," Plec says.

What did you think of the Vampire Diaries finale? What about next season's setup? 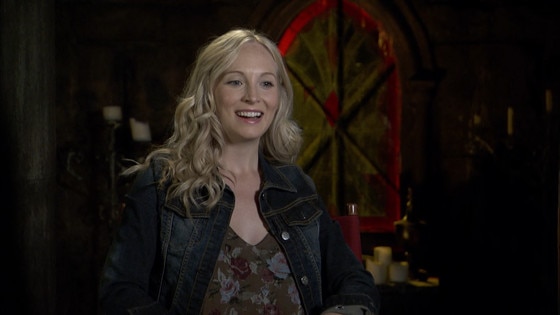 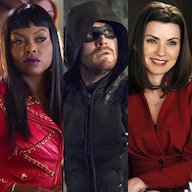 TAGS/ The Vampire Diaries , TV , Watch With Kristin , Top Stories
GET POP CULTURED!
*Email entered incorrectly. Please try again.
By subscribing to our newsletter you agree to the Privacy Policy and Terms of Use
Daily
Weekly