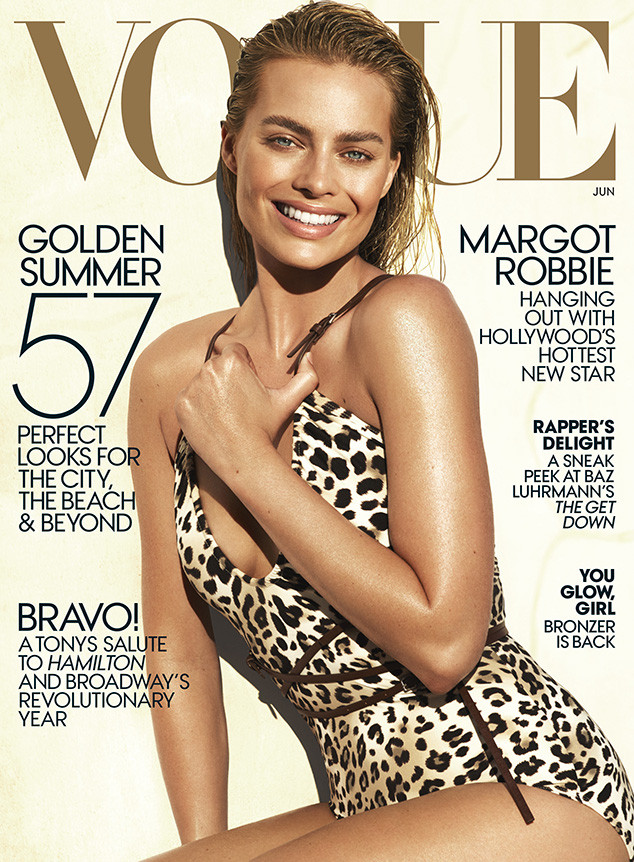 Margot Robbie has officially made it.

The 25-year-old Australian actress appears on her very first Vogue cover, via the magazine's June 2016 issue. It's a major coupe for any woman in the entertainment industry, to be sure, though Robbie previously thought she'd "made it" in Hollywood after people started spelling her name correctly. After all, it can be spelled in a variety of ways—Margaux, Margo, Margot. "I always said, 'Mom—there was a really cool way of spelling my name, and you picked the boring way that gets everyone confused. They forget the T or call me Mar-got,'" the Legend of Tarzan star explains. "Now everyone's finally spelling my name right—that's how I knew I'd made it."

All this attention is a bit surreal to Robbie, who comes from a working class background. "I went to a school where all of my friends were very well-off, and I went to their houses a lot, and so I knew what it looked like to be rich but I didn't have it, so I was like: OK—I know exactly what I want," she says. Prior to acting, Robbie worked several odd jobs—tending bar, making sandwiches, selling surfboards—all of which boosted her confidence at a young age. "The whole fake-it-till-you-make-it thing has really worked out for me. The more times you do that, the more you realize that no one really knows what they're doing; everyone's kind of figuring it out or pretending they know until they do know. And you can apply that to anything—you just have to hustle."

Robbie realized she wanted to be an actress while watching a TV show at age 15. "There was a girl my age doing a scene, and she said her line, and it was just not that good," she recalls. "And I remember thinking, 'I could have done it better.' And then I thought, 'Well, why is she doing it? Why isn't it me?'" After cutting her teeth on the Australian soap opera Neighbours, Robbie moved to L.A. in 2011 and was cast in ABC's short-lived TV series Pan Am. The actress next appeared in Richard Curtis' About Time, followed by Martin Scorsese's The Wolf of Wall Street.

Oscar winner Jared Leto was blown away by Robbie's performance in the latter film. "She took a role that other people would have had a very difficult time with and elevated it to something spectacular," says Leto, with whom Robbie co-stars in the upcoming movie Suicide Squad. "To be able to stand alongside [Leonardo DiCaprio], one of the titans of the industry, and be there face-to-face, blow for blow, and not only hold her ground but really shine, was kind of a rare, explosive discovery. It reminded me of Michelle Pfeiffer in Scarface." At first, Robbie wasn't even sure she wanted to play Naomi Lapaglia in the biopic of disgraced stockbroker Jordan Belfort. "When I first read it, I thought, 'I have nothing in common with her. I hate her.' It was a really tricky one to get my head around," she says. "But her motivation was, 'You guys are doing it—why shouldn't I? It's this man's world, and I'm going to get mine.' And I understand that." 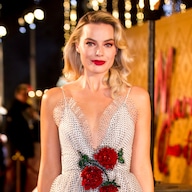 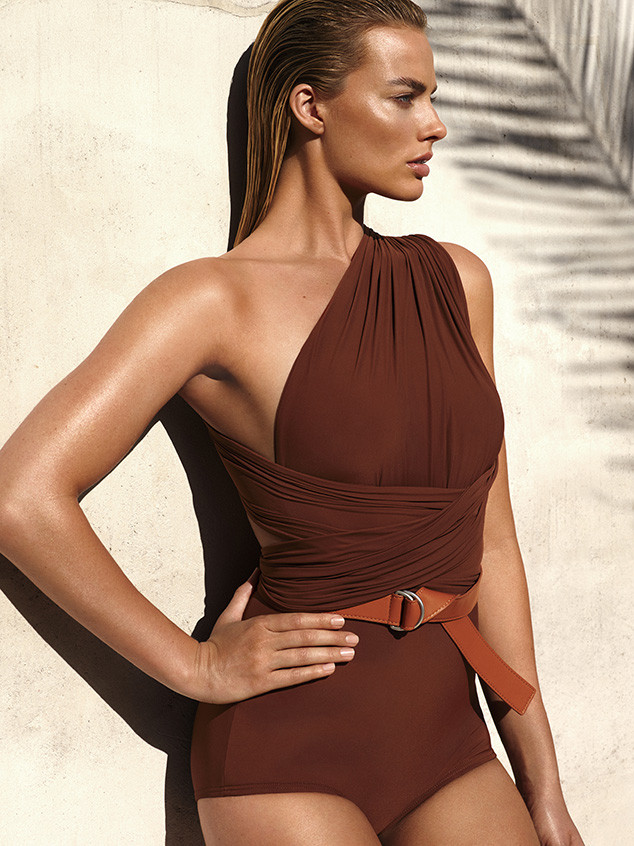 Robbie had similar reservations when Warner Bros. approached her about playing Jane in The Legend of Tarzan. "There's no way I was going to play the damsel in distress," she says. The script changed her mind. "It just felt very epic and big and magical in some way. I haven't done a movie like that. The Harry Potter films could have been really cheesy, but David Yates made them into something dark and cool and real—plus it was shooting in London, and I, on a whim, had just signed a lease on a house there."

Alexander Skarsgård, who plays the titular character, was taken by Robbie from the beginning. "I met her in L.A. about a year before we shot the movie, just before The Wolf of Wall Street came out. She lived in this tiny studio apartment in Hollywood. We were supposed to just have coffee and talk about the project, but we spent the entire day together. I remember being blown away by how cool and down-to-earth she was," he says. "And then Wolf came out, and she went from relative obscurity to being the hottest actress in Hollywood." When the film finally started shooting in London, "She was living in a house with six other people," says Skarsgård, describing it as "kind of a frat-house vibe." As she became more famous, Robbie stayed humble. "On weekends she would go to Amsterdam and sleep in bunk beds in a youth hostel with Canadian backpackers, or to some music festival in Northern England and sleep in a tent," Skarsgård tells the magazine. "She's not precious at all."

Many of Robbie's co-stars, including Whiskey Tango Foxtrot's Tina Fey, adore the up-and-coming actress for her wicked sense of humor. But the man who adores Robbie most is Tom Ackerly, the assistant director she met in 2013 on the set of the World War II drama Suite Française. Robbie describes her boyfriend as "the best-looking guy in London." But not long before they met, she tells Vogue, "I was the ultimate single gal. The idea of relationships made me want to vomit. And then this crept up on me. We were friends for so long. I was always in love with him, but I thought, 'Oh, he would never love me back. Don't make it weird, Margot. Don't be stupid and tell him that you like him.' And then it happened, and I was like, 'Of course we're together. This makes so much sense, the way nothing has ever made sense before.'" 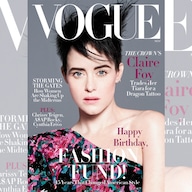