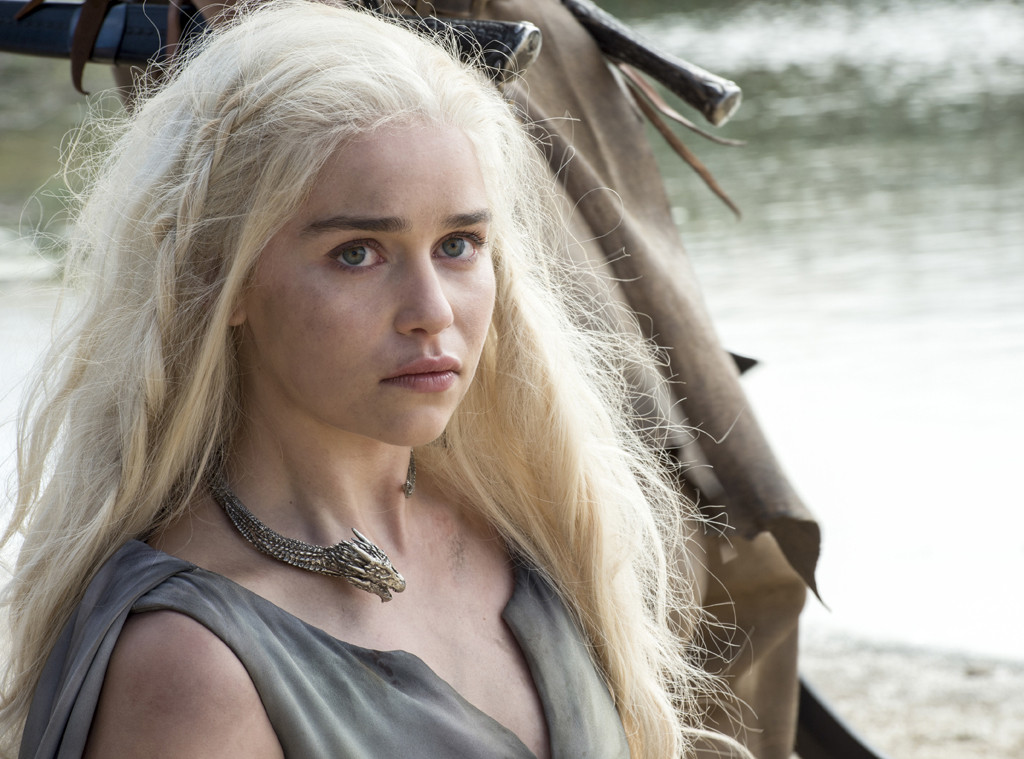 So has Game of Thrones secretly just been an extra messed up Disney fairytale this whole time?

Tonight's long-awaited season six premiere ended with quite the evil queen twist when Melisandre (Carice van Houten) pulled a Mother Gothel (from Tangled, y'all) by removing her stone choker (along with literally everything else she was wearing) and revealing herself to be an extremely old, wrinkly woman with long scraggly hair. Surprise! Betcha didn't see that coming!

While we totally did not see that coming, maybe we actually should have. She's worn that choker in every episode—since way before they were cool again—and we should know how things in fantasy worlds work. Giant fancy stones are hardly ever just there for purely decoration, and young, beautiful women with terrifying witchy powers are hardly ever what they first appear to be.

Now the question is: what does this mean? Has she been stealing the youth out of people? Or stealing their life forces? Or is she wearing the Philosopher's Stone? How old is she really? Only time and more episodes will tell, but we've never been so here for Red Woman storylines that don't potentially involve her resurrecting Jon Snow. 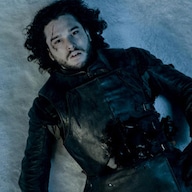 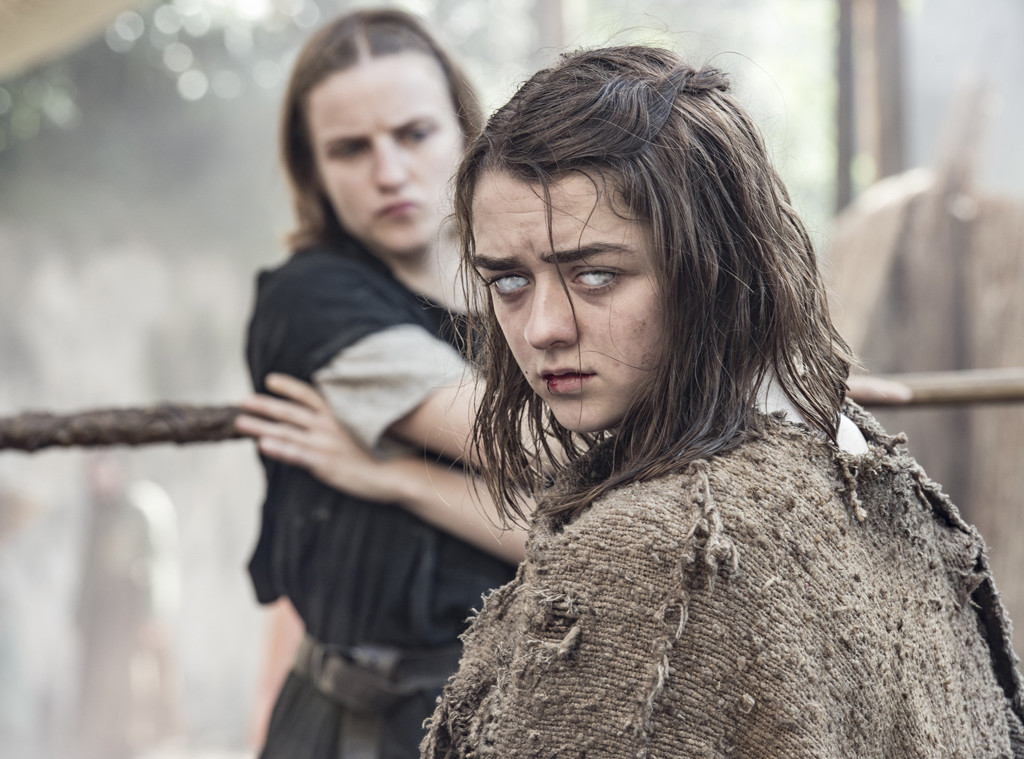 Speaking of the poor former lord's commander of the Night's Watch, even after this show spent months basking in our grief, it still knows exactly what we want, and that is to know the fate of Jon Snow. The very first shot of the premiere featured Jon exactly where we left him—lying in the snow, surrounded by blood, dead as a doornail.

While he was eventually moved out of the snow, he remained dead throughout the episode, despite a visit from Melisandre. No one was more upset than Ghost, and only Ghost was more upset than Ser Davos (Liam Cunningham), who knows that all hope is not lost. There are many in Westeros who owe their lives to Jon Snow, and he has the Red Woman on his side.

"You haven't seen her do what I've seen her do," he says, and we cut to her disrobing and disyouthing, and then we cut to our jaws scattered across the freakin' floor. 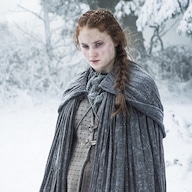 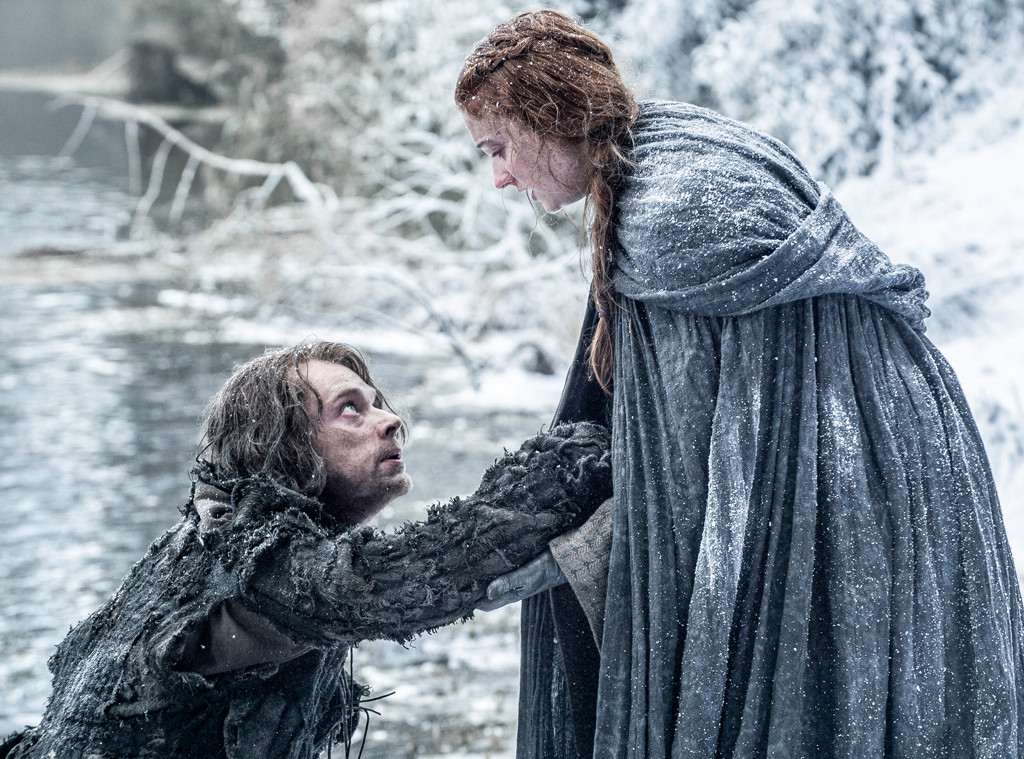 Here's what else is happening in Westeros:

—Things were looking real rough for Sansa (Sophie Turner) and Theon (Alfie Allen), who managed to escape Winterfell for a few minutes before being almost caught by Ramsay's hounds…until Captain Phasma (Gwendolyn Christie) and Podrick (Daniel Portman) showed up. TV's current best duo got their fight on, and even Theon picked up a sword to defend Pod. It was epic, and it all ended with Sansa finally accepting Brienne's pledge of loyalty to her. #TeamPodsanthienne forever!

—As much bad as Cersei (Lena Headey) has done for the world, watching her realize her daughter was dead was beyond devastating. She had viewed Myrcella as the one and only sign that she herself was not a total monster, so to lose her was to lose all hope for herself, basically. Jaime (Nikolaj Coster Waldau) was there to comfort her, but she has pretty much accepted the prophesized fate in which all of her children die horribly.

—Margaery's (Natalie Dormer) still in jail, refusing to confess to any crimes. The High Sparrow would really like her to confess, so she can get back to her sweet teenage husband, but she's not quite there yet.

—Over in Dorne, the sand snakes decided that no "weak men" would rule their kingdom any longer, so they killed the ones who were trying to. The king and prince are both real dead, and we're still kind of applauding the prince's brutal death scene, in which Obara (Keisha Castle-Hughes) was deemed a "greedy bitch" by her sister for literally stabbing him in the back, through the freaking face.

—Tyrion's (Peter Dinklage) hanging out with Varys (Conleth Hill) in Meereen, pretending to just be a poor merchant and not the rich uncle of a current king he truly is, while pondering the city's growing hatred of their Mhysa. They then discovered that the entire harbor was on fire, meaning any chance of sailing back to Westeros was gone. 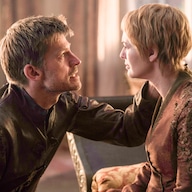 Prepare Yourselves Now, Game of Thrones' Cersei and Jaime Are About to Get Even Weirder in Season 6 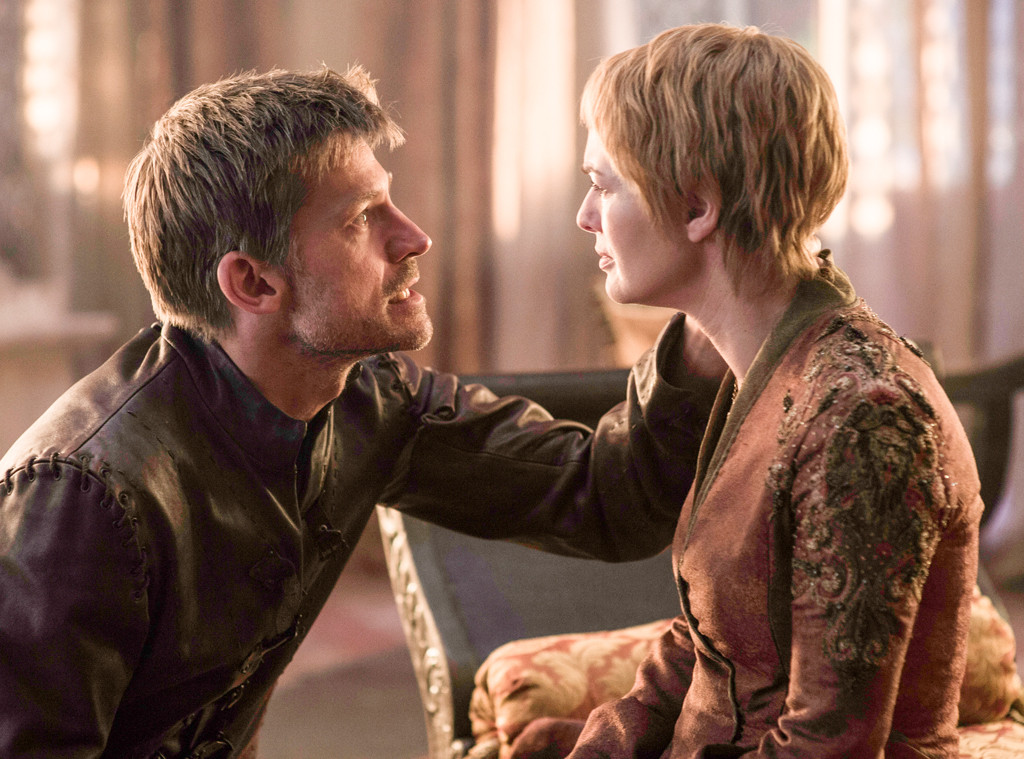 —Meanwhile, Daario (Michiel Huisman) and Jorah (Iain Glen) continued their search for Dany, all the while contemplating their shared love for the khaleesi and the fact that she will never love Jorah back. Their chat was cut short when they found ground that had clearly been stomped on by a hoard of Dothraki, and found Dany's ring.

—Khal Drogo to the rescue! While the hunky Dothraki king did not come back to life, he did save Dany's (Emilia Clarke) when her Dothraki captors ceased their super fun talk of rape (and whether the curtains matched the drapes, if you know what we mean) and forced baby-making after finding out whose wife she once was. So instead of assaulting her, they're basically sending her to a widowed queen retirement home. Fun!

—Out on the streets, Arya's (Maisie Williams) still blind with nothing to do but beg and eavesdrop, until a terribly unfriendly girl arrives to brutally beat her up with a stick. "See you tomorrow," she says as she leaves. So that's fun!

So, here we are. Game of Thrones has returned and Jon Snow is still really effin' dead, but at least Sansa, Brienne, Theon, and Podrick are on their way to building the greatest group of friends since the actual Friends. That's actually more happiness than we thought we'd get from this situation, so we're feeling pretty good right now.

How about you? What did you think of the premiere? Sound off in the comments! 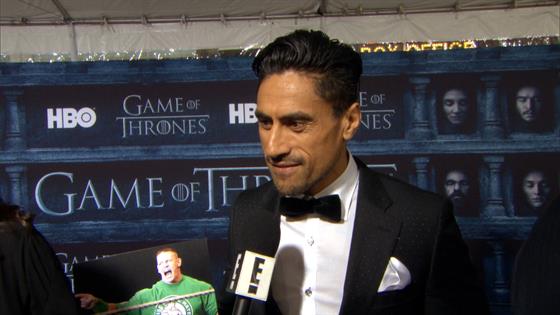 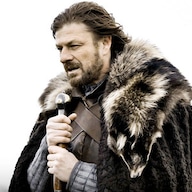 Ranking the 30 Most Important Deaths on Game of Thrones