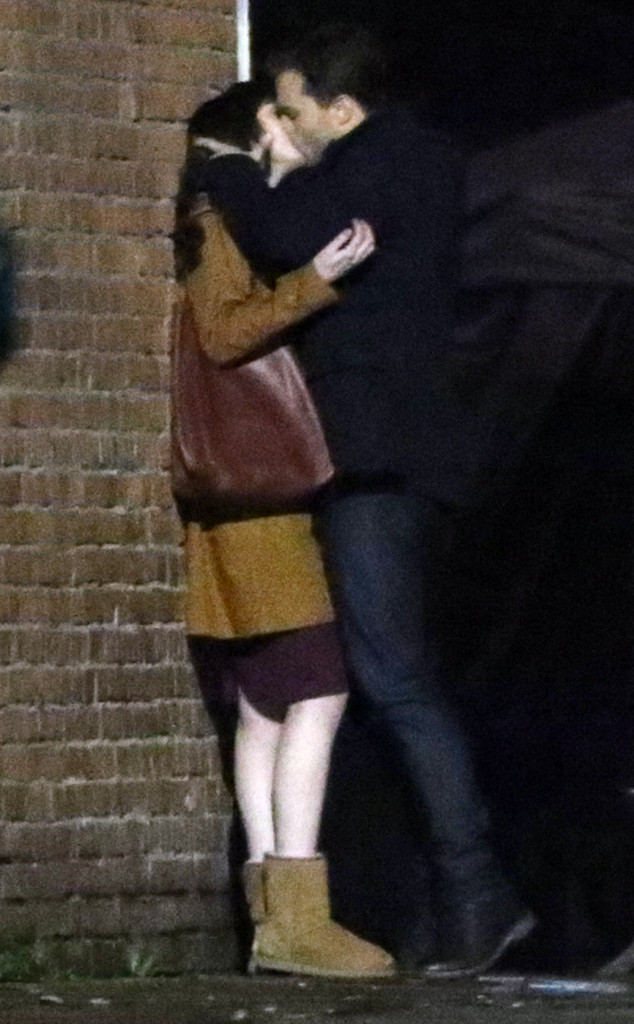 Whoa, get a room, you two! Like, maybe that red one. And don't forget to use the safe word.

Jamie Dornan, 33, and Dakota Johnson, 26, were spotting filming yet another steamy make-out scene for Fifty Shades Darker, the sequel to Fifty Shades of Grey. The two are reprising their roles as the heroine Anastasia Steele and her dominant BDSM-loving lover Christian Grey.

Yes, in case you couldn't guess, despite the drama that ensued in the first movie amid her shock about his unconventional lifestyle, sexual fetishes and reluctance to be in a relationship, these crazy kids are infatuated with each other and reconcile.

On the movie's set in Vancouver, they were seen kissing with Johnson's back pressed against a brick wall, with both of them touching each other's faces. The actress wore a long, beige coat, paired with a knee-length maroon dress and beige suede pumps, which she later swapped for more comfortable Uggs.

Dornan was also seen leading Johnson by the arm with a stern expression on his face as she appears dazed. 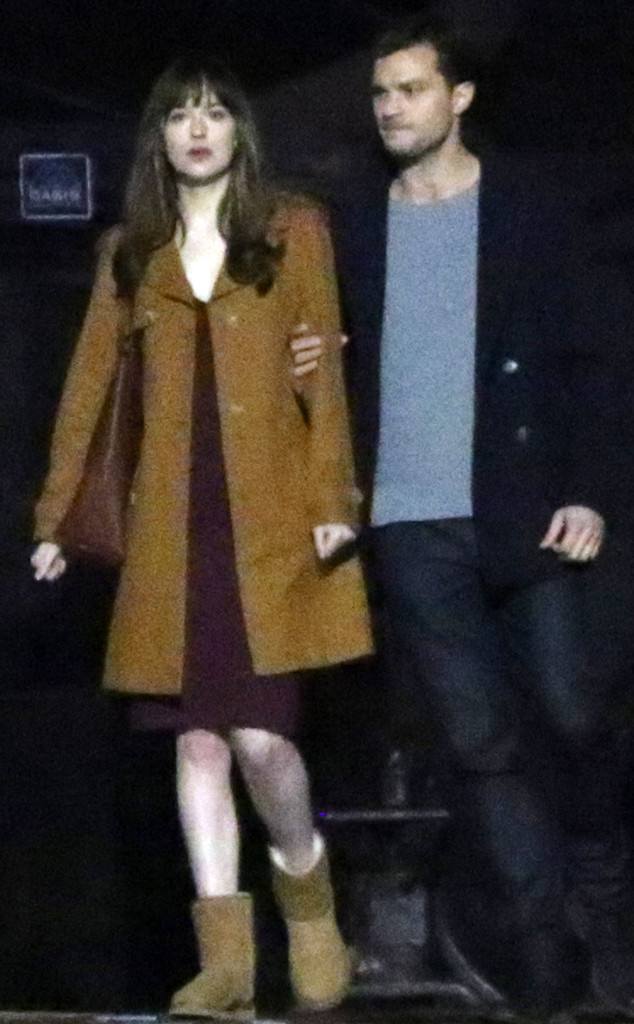 Fifty Shades Darker is set for release on Feb. 10, 2017. Check out more about the film below:

1. D-rated? While Dornan did give a naughty tease in Fifty Shades of Grey, Fifty Shades Darker may show its target audience more of what it really wants to see: The actor told People in November, "I'm looking forward to embodying Christian again—and getting a chance to show more of him."

"I'm going to make him get fully naked in the next one," Johnson said on Watch What Happens Live in February. "Everybody wants to see the D!"

2. Meet Mrs. Robinson: Kim Basinger, 62, stars as Elena Lincoln, the woman who apparently abused Grey in his younger years and helped make him, as he put it in Fifty Shades of Grey, "fifty shades of f--ked up." In the book, the second in E.L. James' trilogy, Steele is horrified to discover Lincoln and Grey own a salon business together, something he declined to mention to her, and is rather jealous. 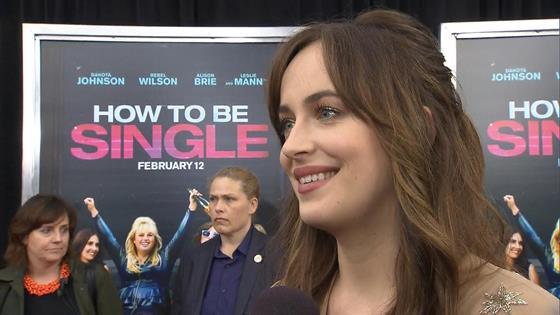 5. BFF's horror: Steele's bestie Kate, who appeared in the first movie, finds out about the nature of her relationship with Grey and reacts the way you would expect.

"That's a huge moment for her and for her friends because obviously Kate is a very protective friends and a very passion and fiery person," the actress, Eloise Mumford, 29, told Glamour U.K. last July. "When she does find out she is extremely worried about Anna's wellbeing so that's a huge moment of change for her."

6. Kate & Elliot: Kate and Grey's brother, who got pretty hot and heavy in Fifty Shades of Grey, turn up the heat even more.

"She also falls in love with Elliot and their relationship stronger and more committed," Mumford told Glamour U.K. "So I'm really looking forward to that."