Holly Madison Baby Blog No. 2: The Pregnancy Symptom No One Talks About 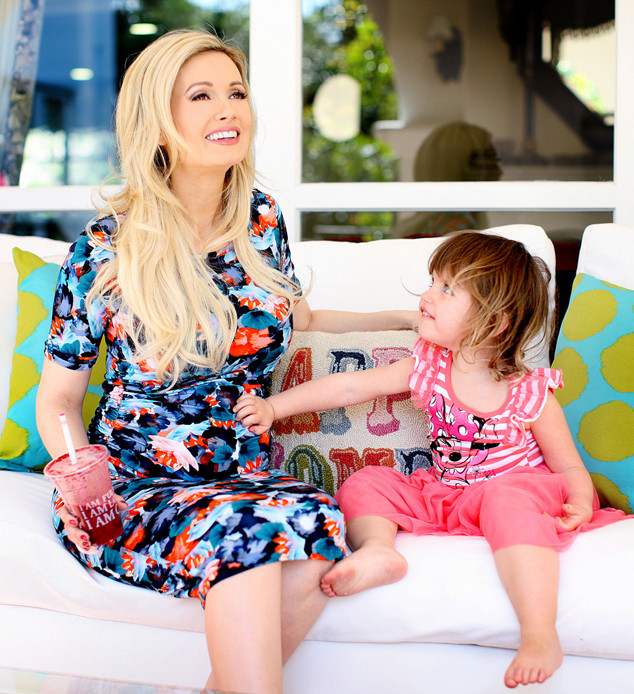 The former star of E!'s Girls Next Door and Holly's World is expecting her second child with husband Pasquale Rotella. Their daughter, Rainbow Aurora Rotella, was born in March 2013.

After I had my first baby, there were all kinds of new adjustments to take on.

First and foremost, there is the care and feeding of the new little person in your life. Next, you have to adjust your household to the new addition as quickly as possible. Items shift making way for the baby's new things and pets become second class citizens. If you have a spouse or partner, that relationship can end up on the back-burner. Then there is getting back to work. The average woman returns to work a short six weeks after giving birth, so getting your routine in order quickly and effectively is a priority.

If that's not enough there's that other obsession that we are reminded of anytime we stand in line at the check-out counter, as brightly colored racks of magazines stare back at us. "Get Your Body Back!", "Body After Baby!", "Lose the Baby Weight!" It's as if we are in a race. I have a whole set of thoughts on that issue alone, but I will save that for another time. There were so many things to think about postpartum and yet...my brain wasn't up to the task.

After giving birth and (kind of) getting the hang of feeding and nurturing my child, I started to notice how troubling forgetful I had become. I would leave the house and forget two out of the five things I needed to bring with me. My husband would ask me for an important favor and I would completely space on it. I would forget about obligations, things that had been on my calendar for months. It wasn't something that happened just a few times, it happened regularly and it was embarrassing. Sometimes I would want to cry because I would feel so stupid or because I had let someone down with my forgetfulness.

Sure, I had been prepared for a little bit of "brain mush," as some describe it. Even the most common pregnancy guides will list forgetfulness as a symptom of pregnancy or postpartum recovery, but it's usually mentioned very briefly as if it's not a big deal. To me, it felt like a really big deal. It felt scary. It felt like one of my major organs, in this case my brain, was starting to fail me in a way I had never experienced and it was frightening. Some of my friends who had gone through a similar experience assured me that it would go away. Some insisted that it doesn't and only gets worse the more kids you have. The latter thought was terrifying. It was as if brain cells decided to hitchhike out of your body along with the baby.

My Google searches on the topic didn't do too much to reassure me. There was no definitive answer on how long this brain warp was supposed to last. There wasn't even much on why this was happening to me-sure, lack of sleep took most of the blame, but I've pulled some all-nighters in my time and while I might not be the sharpest tool in the shed after those, that was nothing like what I was going through after having a baby.

The "mommy brain" stories shared online seemed to be mostly cutesy, "aw, shucks" stories of ladies looking around forever for a pacifier, only to realize it had been in her baby's mouth the whole time, or things of that nature.

Does this bother anyone else as much as it bothers me? I pondered. Was it just me? I wondered why people weren't sharing more stories. Hadn't there been instances of someone really screwing up at work because of the brain fog or perhaps making a major mistake that they were then judged for?

If it happens and people don't want to talk about it, I GET IT. The last thing women need is a stereotype suggesting childbirth reduces your mental capabilities when they are getting ready to return to their jobs. I don't even want to think about how that would impact the issues women already deal with in the workplace, such as equal pay, securing adequate maternity leave, or being judged for taking time to pump breast milk during the work day. But there is something lonely about silence, too, for then you start to wonder am I the only one? And what do I do about this?

Well, in case anyone out there reading this is feeling something like what I felt, or went through something similar, here's a story for you about me messing up at work. Granted, I wasn't performing neurosurgery, my mess up didn't have any dire consequences, it was just embarrassing, but here it is:

I became convinced that, for me, the cause of my forgetfulness was hormonal when it hit me full force a second time. When my daughter was two years old, I decided to harvest some of my eggs. In order to do this, I was put on the hormones Follistem and Menopur. I would give myself an injection of each one every evening and then go about my business.

During that time, I was filming a small part in a movie. I did my first scene with no problems. As the sun was setting, it was time to shoot my second (and last) scene of the day. I quickly memorized my little paragraph of lines and reported to set. We blocked the scene and were called together to run the lines a few times right before cameras started to roll. By the time it was my turn to deliver my lines, I completely froze.

READ: Holly Madison Signs Second Book Deal for If I Only Had A Date—Get the Details!

I couldn't believe what was happening-my mind had gone totally blank! The lines that I thought I had etched in my mind just a few seconds ago seemed like they had been locked away irretrievably in some remote cavern of my brain.

"Oh my god, I'm so sorry, I don't know what happened. I just totally blanked!" I quickly apologized to the other actors in the scene. My hands were shaking a little and my face had to have been completely flushed red because I was so embarrassed, so they probably wrote it off as nerves, simultaneously assuring me that it was all ok, and that we would try it one more time.

On the second rehearsal, the same exact thing happened! I was completely humiliated. Suddenly I was certain that I would never work in this town again.

These people must think I'm so stupid! I fretted. I didn't want to make excuses for myself and announce to the set that I was on high doses of hormones, thus experiencing a massive brain fart. I knew I just needed to suck it up and not mess up the actual takes. By force of sheer willpower, I somehow managed to not lose the lines when the camera was actually rolling.

This embarrassment hit me where it hurt. I pride myself on always being prepared. It is important to me to show that I am grateful for the opportunity I have been given and that I respect the cast and crew's time by being ready.

So many people had been on set. I could only imagine they were thinking things like How Unprofessional; Wow, this chick really is as dumb as I thought she'd be!, or Ugh, is she too lazy to even look at her lines? Thanks for wasting our time! Of course, none of those things were the reason for my mistake and I could have easily apologized and let everyone know I was on hormone therapy, but I was just too embarrassed to do so at the time.

MORE: Exclusive! Holly Madison's Tell-All Memoir to be a TV Movie: Who's Going to Play the Former Playboy Bunny?

The next time I saw my doctor, I asked if the hormones were to blame for what had happened on set, and she said that absolutely that was a possibility. Also, it's good to know that when it comes to the post-partum experience some of us go through, an excess of cortisol (the stress hormone), left over in the body after pregnancy is thought to be a possible contributor to the "momnesia" some parents feel.

In conclusion, if you are feeling something close to what I experienced, here are some of the things I did to help myself come out of the fog:

1. Become a List Junkie: Make notes on your phone, keep a traditional day planner or journal, leave Post-Its everywhere. Keep a special place near your door to set your diaper bag every day and post a check list somewhere nearby of all the things you can't leave the house without.
2. Exercise Every Day: I know what you are thinking: when? But even if it's just sprinting around the block a few times or pulling up a short Youtube yoga video when you have a few free minutes can get the blood pumping to the brain enough to make a difference.
3. Stop Worrying!: Cortisol, one of the hormones that possibly triggers the forgetfulness in the first place, spikes when you stress. Remind yourself that you are strong and capable and only so much of life is within your control, anyway. Worrying is a waste of time.
4. Upload a New Game on Your Phone: One way you can make your brain work in ways it's not used to is by downloading a new game, preferably one that requires hand eye coordination and one dissimilar to games you already play. This is a quick and easy way to switch gears mentally when you find a spare moment.
5. Learn a Second Language With Your Baby: Why not pick up some dual language story books or sign language flashcards to share with your baby? The interaction promotes bonding, can be soothing, and if the language is a new one for you, it's an easy way to stretch your brain while on mom duty.
6. Fish Oil: One of the health care professionals I visit recommended "copious amounts of fish oil" to help combat my brain fatigue. I took fermented cod liver oil capsules (sounds lovely, doesn't it?) several times a day, and I feel it helped me get back to normal. If you are a vegetarian, try algea supplements, flax or chia seeds. 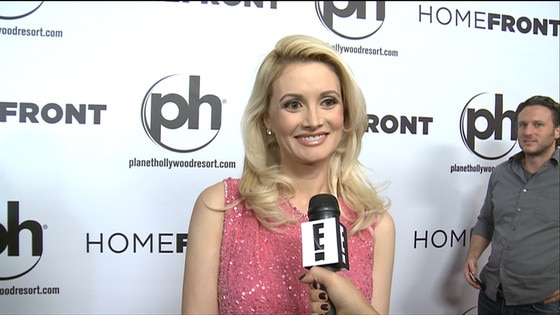