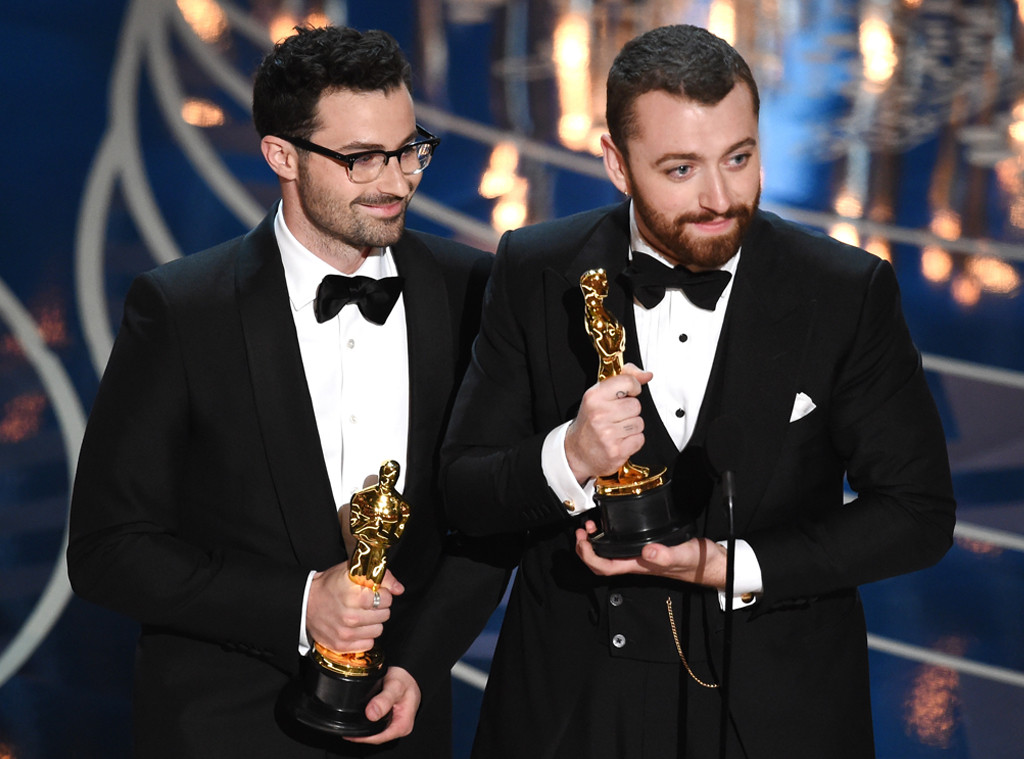 It's important to know your history.

Thanks to his hit "Writing's on the Wall" (from the latest James Bond movie, Spectre), Sam Smith won the award for Best Original Song at the 2016 Oscars, beating out The Weeknd's "Earned It" from Fifty Shades of Grey and Lady Gaga's "Til It Happens to You" from The Hunting Ground. In his acceptance speech, the singer, 23, said, "I read an article a few months ago by Sir Ian McKellen, and he said that no openly gay man had ever won an Oscar. If this is the case—even if it isn't the case—I want to dedicate this to the LGBT community all around the world."

Noble as his intentions were, Smith was misinformed. For starters, when McKellen spoke to the U.K.'s The Guardian in January, he was referring to openly gay actors—not openly gay winners in other categories. "No openly gay man has ever won the Oscar; I wonder if that is prejudice or chance," McKellen said, later adding, "My speech has been in two jackets: 'I'm proud to be the first openly gay man to win the Oscar.' I've had to put it back in my pocket twice."

Worse yet, Melissa Etheridge, another openly gay singer, won the very same award as Smith did in 2007. Elton John did it in 1994, and Stephen Sondheim did it, too, in 1991. Classical composer John Corigliano won Best Original Score for The Red Violin in 1999, and songwriter Howard Ashman won Best Original Song twice before he died from AIDS complications in 1991.

Openly gay winners can be found in non-musical categories, too. Arthur's Sir John Gielgud won Best Actor in a Supporting Role in 1981, for example. Gods and Monsters' Bill Condon won Best Adapted Screenplay in 1999, American Beauty's Alan Ball won Best Original Screenplay in 2000, and Talk to Her's Pedro Almodóvar won Best Original Screenplay in 2002. Scott Rudin won for producing Best Picture winner No Country for Old Men in 2008. Most recently, in 2009, Dustin Lance Black won Best Original Screenplay for Milk. In fact, the writer/director was among the first to call out Smith on Twitter. "Hey @SamSmithWorld, if you have no idea who I am, it may be time to stop texting my fiancé," he wrote, referring to Olympic diver Tom Daley. Linking to a video of his acceptance speech from the 81st Annual Academy Awards, he said, "Here's a start."

Black wasn't the only person who took to Twitter to voice his displeasure with Smith:

IAN MCKELLEN WAS TALKING ABOUT OPENLY GAY *ACTORS*, SAM SMITH, DO YOU KNOW NOTHING #Oscars

HOW MANY PEOPLE ARE STANDING NEAR SAM SMITH READING DUSTIN'S TWEET RIGHT NOW LIKE THIS IS AN EPISODE OF GOSSIP GIRL?!

Half of the people who won Oscars in the last ten years were openly gay, Sam Smith, and the other ones were closeted.

Sam Smith's gonna win a Pulitzer for his book "So You Won an Oscar But You Looked Like a Massive Douche in the Process..."

Now Sam Smith should do Broadway so he can become the first openly gay Tony winner! #PrettySureThatsRight #MustCheck

PHOTOS:  Inside the 2016 Oscars parties

Smith was informed of his mistake in the Oscars press room backstage.

After a reporter gave Ashman's name, Smith replied, "I should know him. We should date."

Smith explained that the win "means the world to me" and then elaborated on his acceptance speech. "When I read the Ian McKellen piece I was just bowled over by it. I wanted to take this opportunity to show how much I care about my community," he said. "In the past in my career people had said that I didn't." Smith, who won the award with Jimmy Naples, also confessed that they were "completely overwhelmed. We can't even speak. I'm a little bit drunk as well."

APP: Download the E! Online app to get the latest Oscars news on the go

In spite of his gaffe, Smith received some celebrity support, too:

Congratulations @samsmithworld! Very powerful message at the end. So happy for you brother.

Oh sam smith...#lgbt thank you ...Moving forward one step at a time. 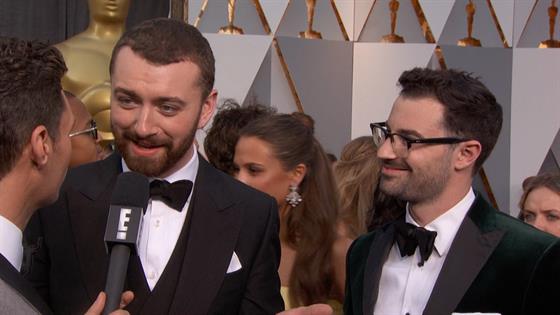