6 Years After The Hills, Spencer Pratt and Heidi Montag Haven't Changed One Bit (Because They Can't)

And not because Spencer called The Hills' cancellation in 2010 their "personal 9/11." That's just vintage Pratt.

No, the comment we just can't get over is Heidi saying, "The biggest misconception about us is that we wouldn't do it all over again."

Who thought that?! We've polled everybody, ever, and no one is of the opinion that Heidi and Spencer wouldn't do it all over again in a heartbeat. And judging by that 9/11 comment, it sounds as if they'd be doing it right now on TV if they could! (Showing off how in love they are, that is. Get your mind out of the gutter!)

PHOTOS: The Hills & Laguna Beach: Where Are They Now?

Actually, there's something rather heartwarming in the fact that some things never change, Speidi's satisfaction in remaining the standard-bearers for reality-TV villainy being one of them. (They have the gallery of framed tabloid covers to prove it.)

"We were fame whores, getting literally a million plus a year in photos and being hated for it," Pratt also said in the new article. "It's frustrating for me that people don't recognize that this was genius. This was innovating!"

And could they be prouder of their place in history?

"The bottom line is, I'm making people react and ultimately not think about that we are in a war in Iraq and are trying to pick leaders," Spencer told Radar Online back in 2007, defending the very important purpose he felt he was serving at the time.

Now, nearly six years after The Hills ended, approaching their seventh wedding anniversary and close to 10 years after they met, these two seemingly remain as suited for each other as two can be. If they should ever go their separate ways, it would be a real blow to the lofty ideal that soul mates exist. Or soulless mates, depending on who you ask.

CLICK: Holy Punk Hunks! We Interview Justin Bobby and His Band BobbyrocK About Their New Album 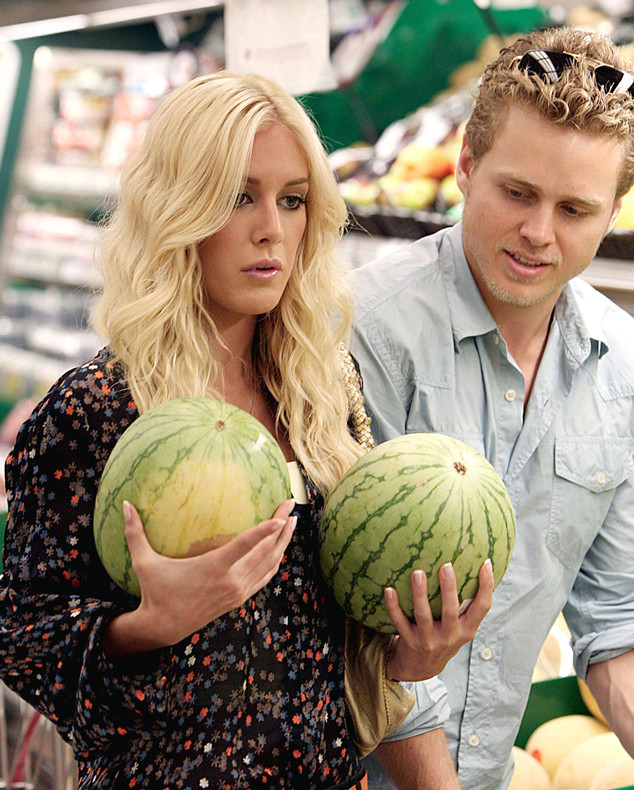 "He's like a new creature, every time I'm hearing [about him]. He went from tick to snake," Lauren Conrad laughed on The Late Show in 2009 when David Letterman asked about "that snake," Spencer. "He's so creepy," Dave added.

Asked if she was going to Speidi's wedding that upcoming weekend, L.C. said, "No. My ticket is currently on eBay...No, I'm not going," she laughed.

"He's not super-nice," she agreed when Dave railed about how "horrible" it was of Spencer to start the sex tape rumor. As to whether she ever thought of suing him, Lauren concluded, "No, because he would enjoy the publicity."

PHOTOS: Stars Who Complain About Fame

True story, that Spencer in particular has never seemed to shy away from a negative headline any more than he would embrace a positive headline, should he ever be a part of one.

Lauren also told Tyra Banks during the height of the sex-tape-rumor drama that she didn't think Heidi and Spencer were jealous of the attention she was getting as the perceived star of The Hills. Rather, "sometimes you have to put other people down to get ahead...I mean, it's sad, but that's what people do."

But while L.C. stopped answering questions about Heidi and Spencer some years ago, Speidi are still commenting on her and the misperception—according to them—that Lauren's an innocent victim to this day (though, to be fair, they're asked about Lauren constantly).

CLICK: 30 Life Lessons From Lauren Conrad on Her 30th Birthday

"Lauren is a cold-hearted killer," Spencer told Complex just last fall. "That's what people don't get. She will cut you in your sleep. She tried to destroy us. If you want to throw missiles, I'm throwing a nuke. This is how I operate." 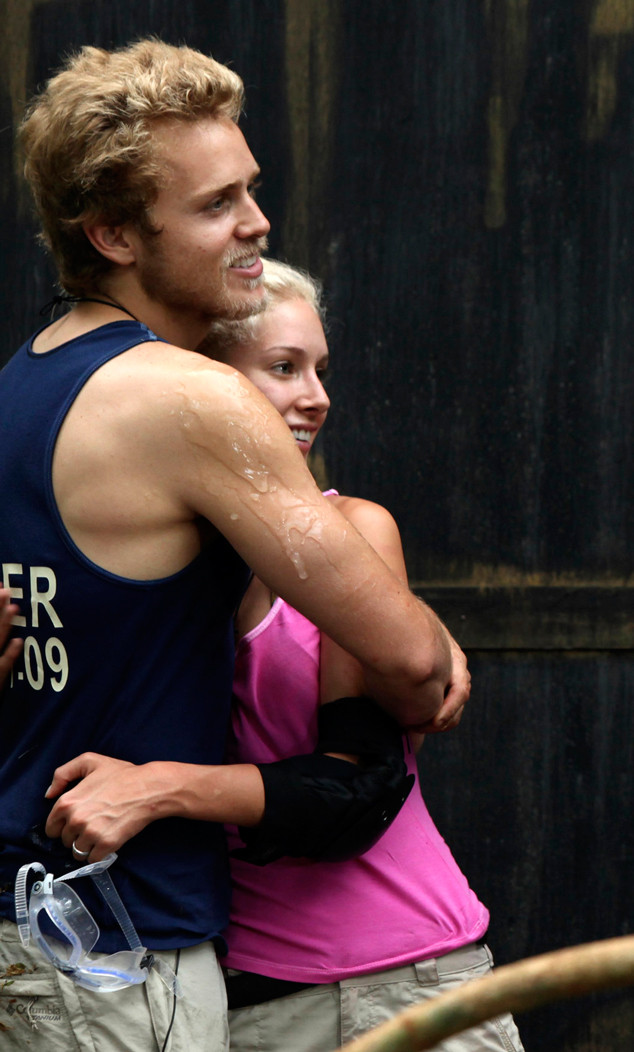 After The Hills ended, he and Heidi continued to play the roles they had fashioned for themselves on the MTV series, co-authoring the book How to Be Famous, and making appearances on I'm a Celebrity...Get Me Out of Here, Celebrity Big Brother in the U.K., Celebrity Wife Swap and, just last year, Marriage Boot Camp: Reality Stars.

"Mercenaries is pretty much what we are," Spencer also told Complex (reportedly with a "certain resignation"). "Call us in when you are ready for some action. That keeps the bills paid." Added Heidi, "Reacclimating off that high of that fame and lifestyle was really hard. We had these expectations of, 'Oh, we're going to have our own show.' My expectation of life and where I thought we were going to be is so different from our reality."

They both admitted to E! News' Marc Malkin in December 2013 that the thing they missed most about being on the show was the (ultimately temporary) financial windfall. 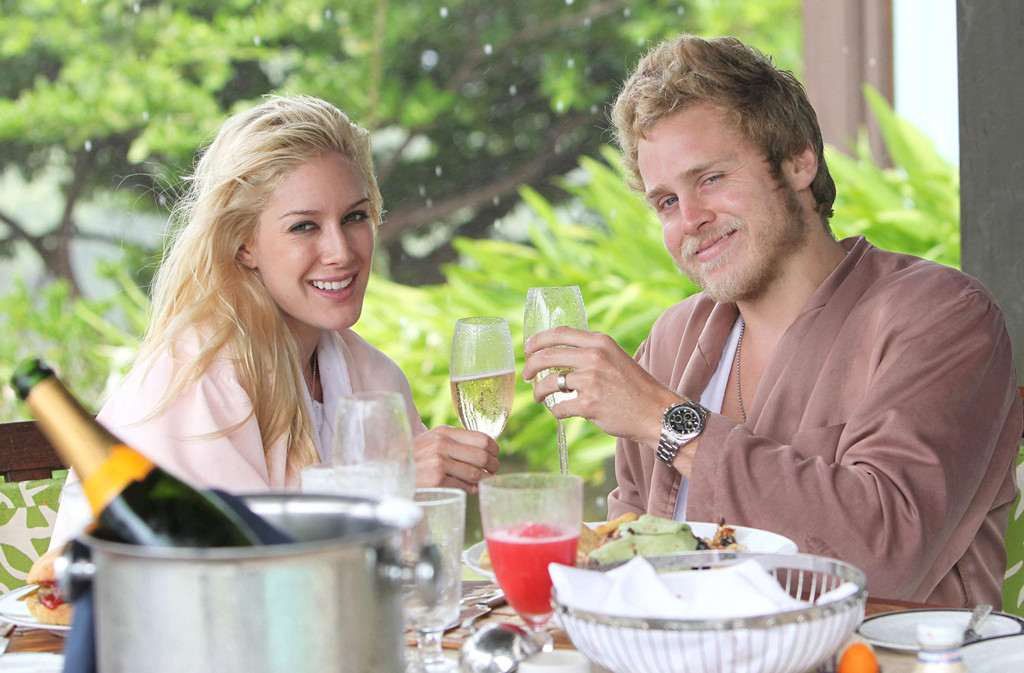 "I think I regret playing the villain so hard with not saving all of my money," Spencer said, admitting that they probably blew through a little more than $10 million. "'Cause I would be laughing all the way to the bank being hated, you know, a multimillionaire right now, but I didn't see The Jersey Shore coming out of left field taking reality TV to a whole other level that I wasn't prepared to go to at the time."

Though they did what they could at the time.

"At one time I definitely felt like we were the most famous people in the world," Spencer also mused in 2013 in an interview for Celebrity Big Brother, several years removed from Speidi's hey-day. 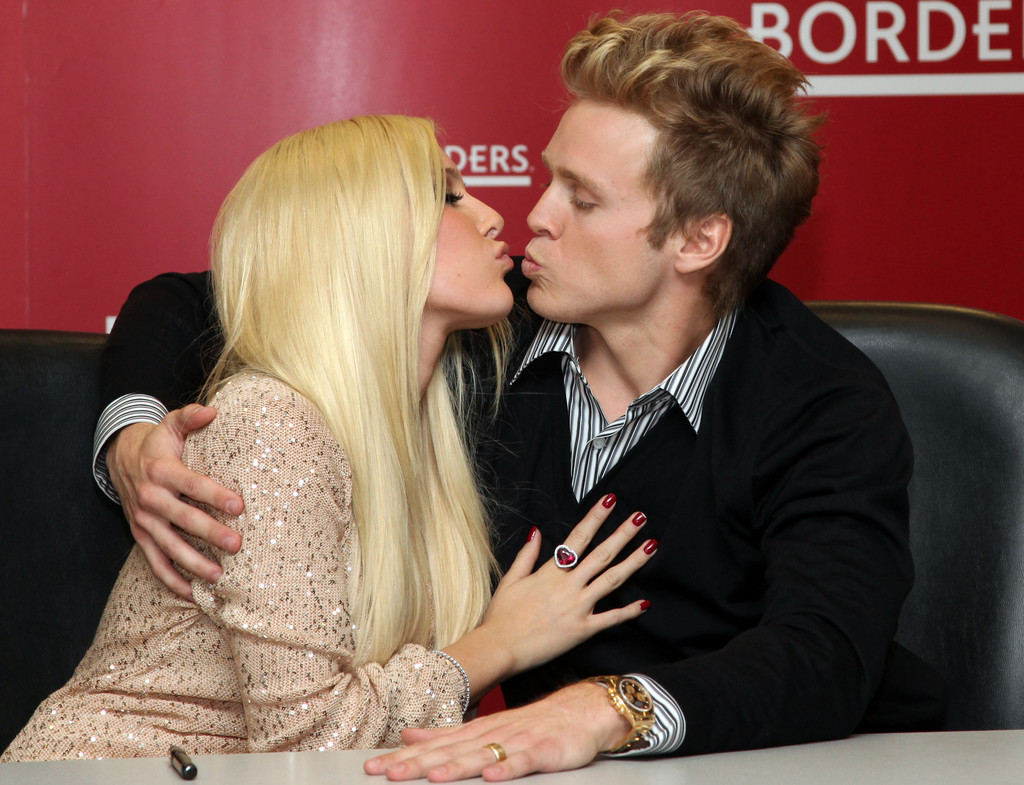 But despite the sojourn to Marriage Boot Camp ("I think that me and Spencer were at a place in our lives where we needed professional intervention," Heidi told Fox News Magazine) and sporadic rumors of trouble in paradise, for all intents and purposes the couple infamously known as Speidi remain devoted to each other.

"I love Heidi because she's the most special angel I have ever come across," Spencer told Broadly. "Heidi is like the sunset."

And Heidi told Broadly. that she knew Spencer was The One right away. "I pretty much told everyone I was going to marry him and that I loved him," she recalled. "[Everyone] thought I was crazy." Moreover, she told Complex, "I love Spencer so deeply and would do everything 100 times over to be with him. That's it."

Whether Spencer and Heidi are brilliant method actors or they believe their own hype, or former hype, there is method to that madness. They know what they did, and all they could do afterward was learn how to live with it.

TAGS/ Spencer Pratt , Heidi Montag , The Hills , Couples , Top Stories
GET POP CULTURED!
*Email entered incorrectly. Please try again.
By subscribing to our newsletter you agree to the Privacy Policy and Terms of Use
Daily
Weekly