Suits' Stars Preview the Fallout From Mike's Arrest—Are There Wedding Bells in His & Rachel's Future? 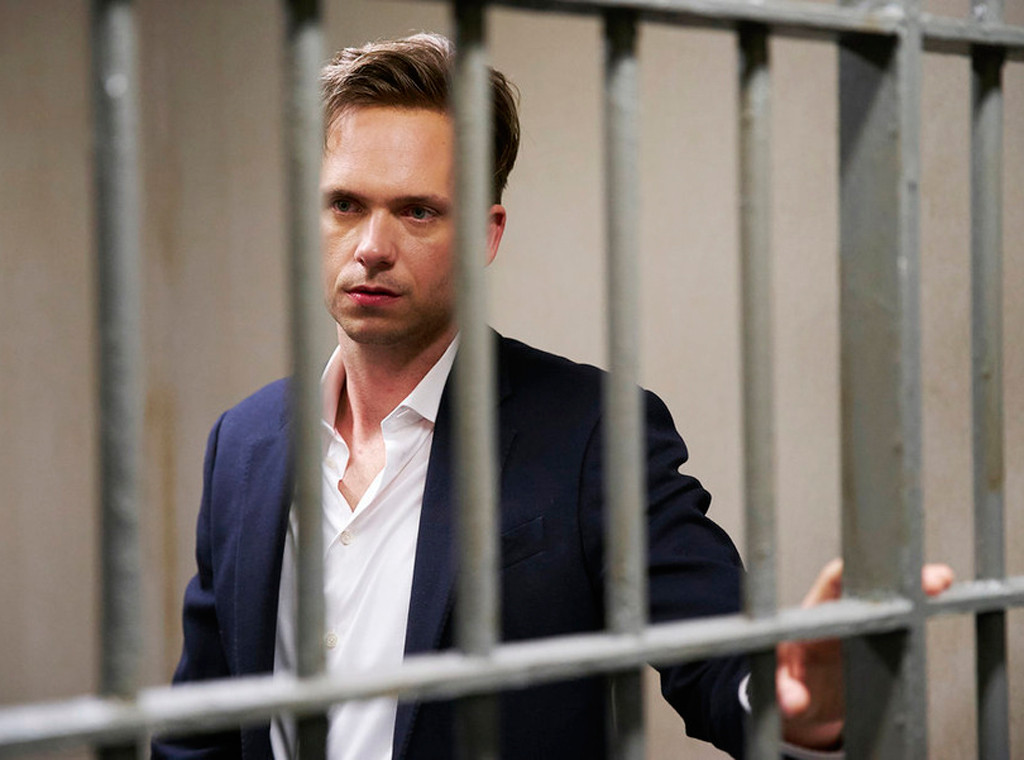 Most TV shows wouldn't be comfortable with completely upending their central concept. Suits is not one of those shows.

In the hit USA series' midseason finale last summer, creator Aaron Korsh upset the apple cart by having Mike Ross get arrested for conspiracy to commit fraud—something he's truly guilty of—in the final moments. It was a move that stunned fans and signaled a show not willing to coast by on its formula. And it excited the hell out of star Patrick J. Adams. 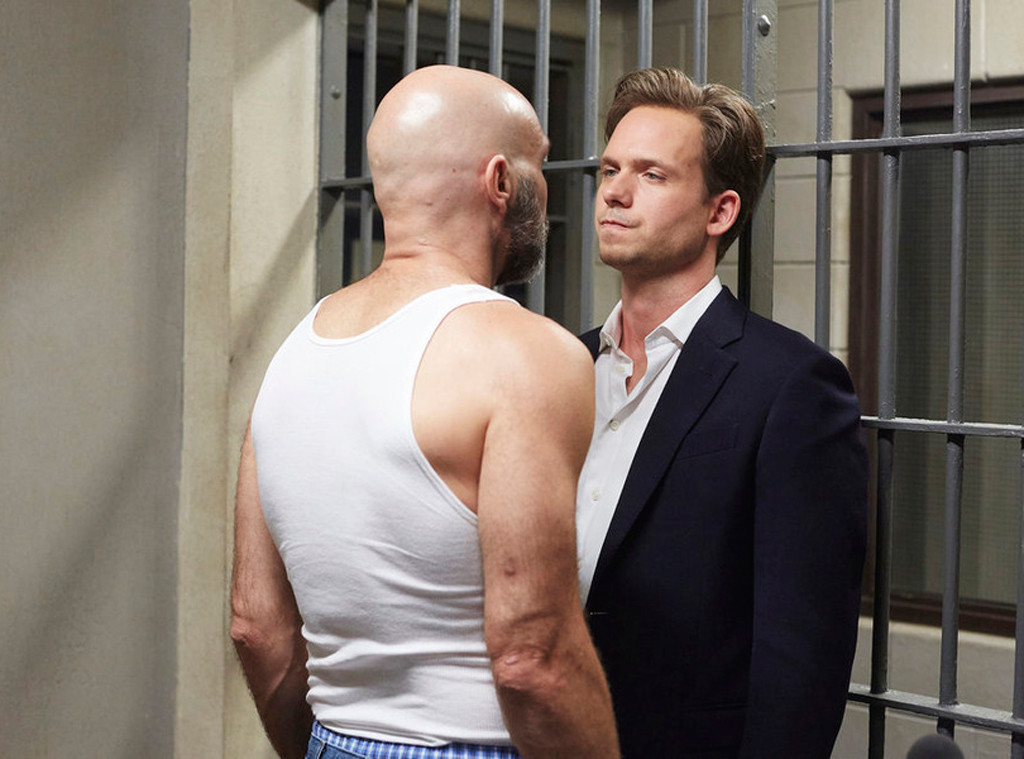 "I'd known since the beginning of the season that this was where we were sort-of headed. I didn't know how we were gonna get there or what it was going to look like, so the final script was a nice surprise. I loved that it didn't happen until the final moments. I thought it was a great pay-off. But I've been super excited the whole season, and to be honest, for a couple of years," Adams recently told E! News over the phone. "I think it's something the audience of our show has been waiting for, something that we obviously set up in the first moments of the first episode, and so it's nice to see that story come to fruition and see that Mike, who has grown and evolved in so many ways since the beginning, now be forced to answer for something he did right at the top."

When the show returns tonight for the final six episodes of season five, don't expect a time jump or anything like that. Adams tells us the premiere picks up right where we left off, with the fight to save Mike (and, by extension, the rest of the firm) from new foe D.A. Anita Gibbs (Leslie Hope), which will prove to be their greatest battle considering they're all, you know, guilty. "There's so much interesting stuff that happens literally after the moment you get put in handcuffs...So, really, you're going to get to see six straight episodes of them defending themselves. That's the most interesting part of it, I think," Adams continued.

"They've done something that anyone else in the world would have to pay for at some point, so you've got the villain character, the D.A. Anita Gibbs, but in reality, she's doing exactly what she's supposed to be doing. And at no point does she ever say anything dishonest or untrue about these people. So, you're really forced to question what the consequences are of an action in spite of how you might feel about the people who committed it." 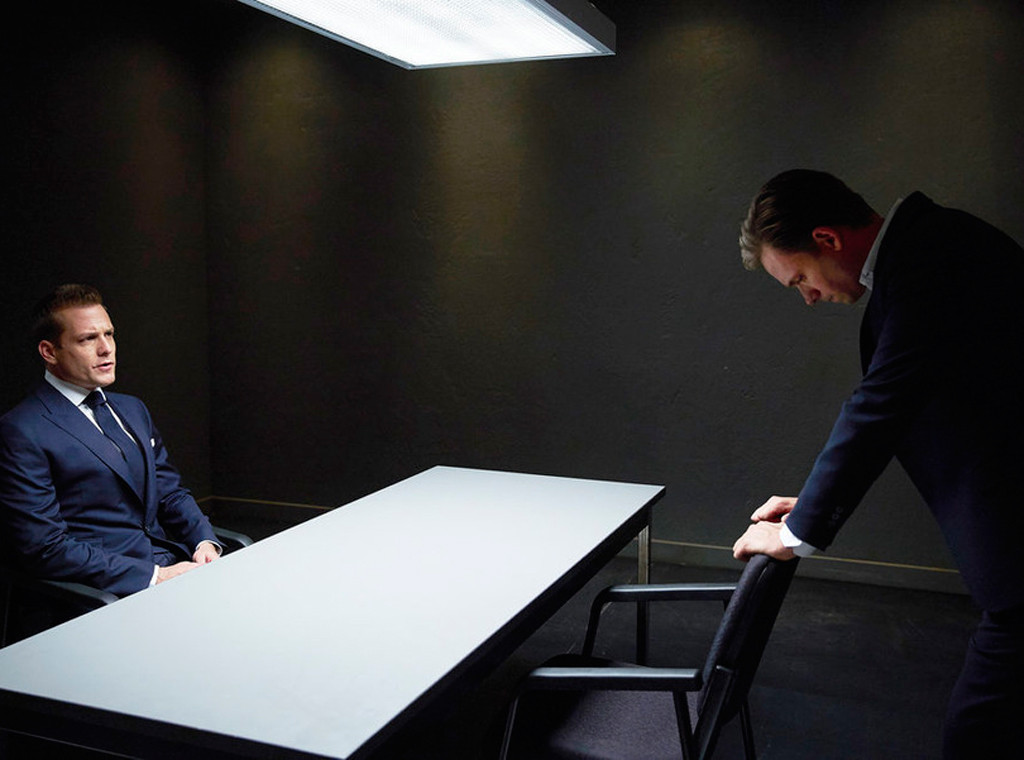 So, Harvey (Gabriel Macht) will be leading Mike's defense, right? Adams played coy when we asked. "That's something we deal with right off the top. The concept of who represents who, it's a big part actually of the episode that I directed, sort of dealing directly with that idea," he said. (Adams directed the fourth episode of six this winter.) "But obviously they're both hugely invested, regardless of who's asking the questions in the courtroom, they're hugely invested in figuring out the best way to win this case. But I think the most dramatic part is getting to watch two people try and win a case when you know they're in the wrong."

He continued: "But I think Harvey and Mike are equal parts invested and obviously for both of them, it's not just their professional lives at risk. They've grown very close over the years. They're practically brothers at this point. If one person goes down, they both go down. And I think we deal with that a lot, this concept of loyalty and who's really responsible for what happened and who should be responsible for taking the fall for this action. Who actually committed the crime: The person who hired the guy or the person who got hired?"

PHOTOS: Our Official Ranking of All the New Midseason Shows—What's No. 1? 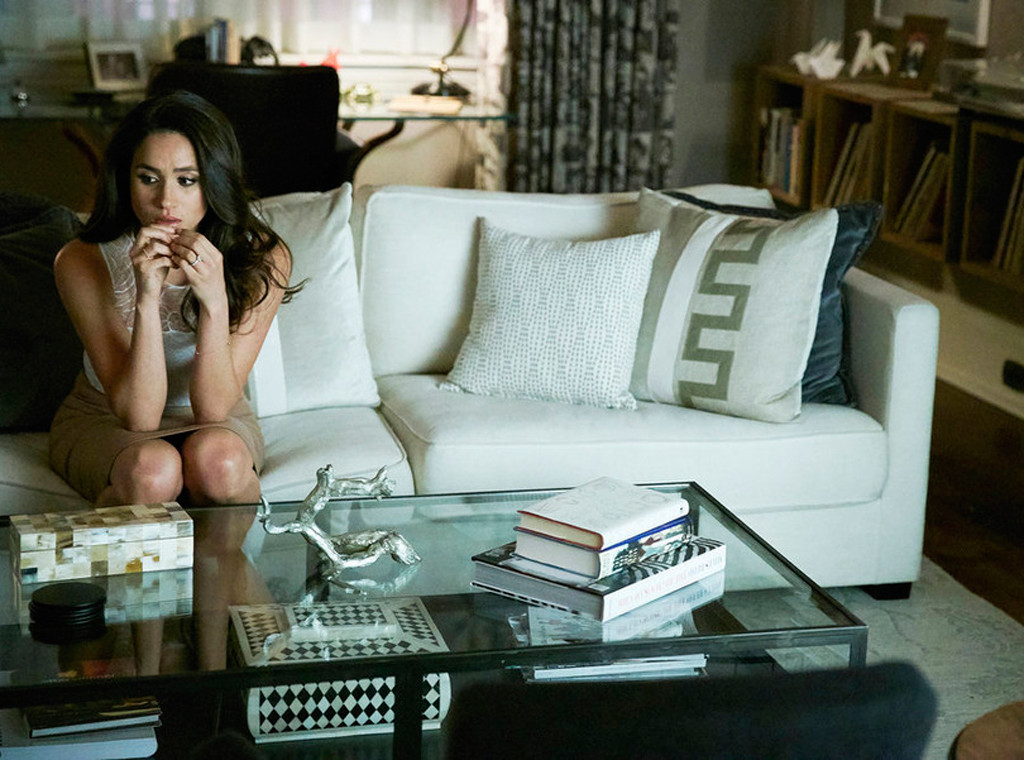 Mike's relationship with Harvey isn't the only one in danger. Of course, his arrest throws his and Rachel's (Meghan Markle) engagement into disarray, to so the least. "As you can imagine being in a relationship when you're faced with the idea of having to be apart for a long time if he is found guilty and has to go to prison, that's a significant amount of time, and she's trying to become a lawyer, so her reputation could be stained," Adams said. "When Mike and Rachel are dealing with each other, you're going to get to see the emotional repercussions of this. You'll get to see what it really costs two people when they're alone in a room together, having to deal with their feelings about what's going on and the best way to deal with it."

"So between that, her own career aspirations and, just by association, what that would do for her goals of wanting to be a lawyer and wanting to succeed in that way, she's literally putting every single thing on the line for Mike," Markle added in a separate interview. "So, if there's anyone sitting through those trials with bated breath, I think that Rachel has to most to lose of anyone if Mike is found guilty."

With what little legal knowledge we've gleaned from Suits and shows of its ilk, we asked Markle if the idea a shotgun wedding to provide Rachel with spousal privilege might come into play. She hesitates before laughing: "Yes, it certainly does." (Are those wedding bells we hear?!)

MORE: How to Fake Like You Watch Any TV Show 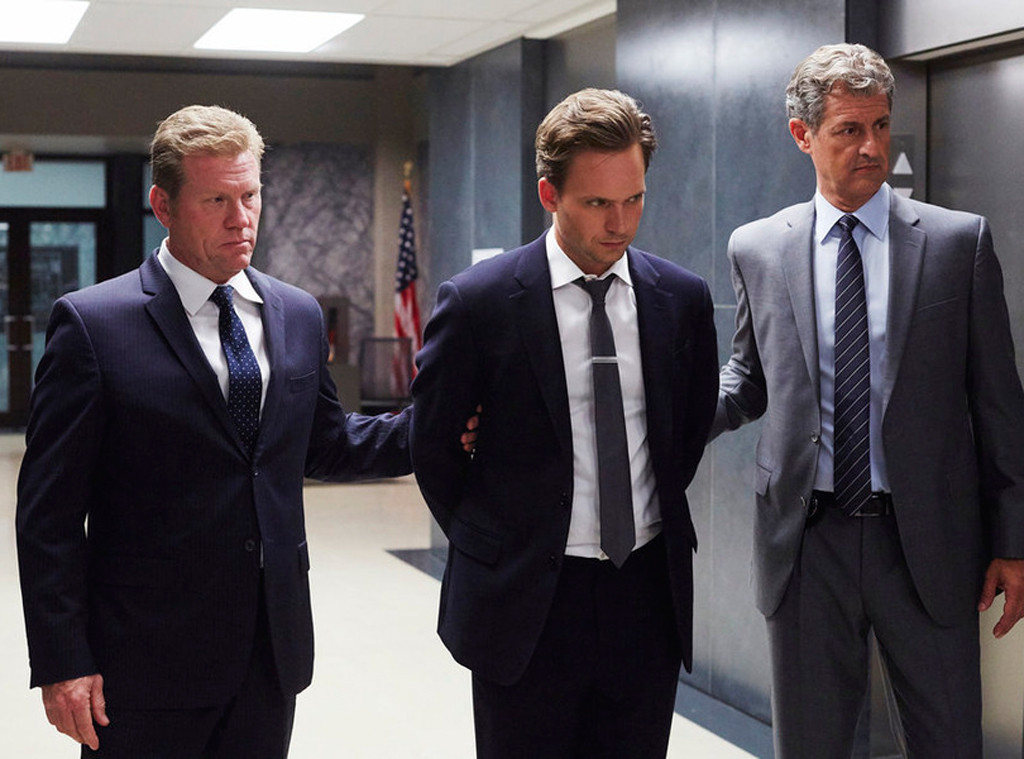 Before Suits can get to that, there's also the little matter of just who turned Mike in. Adams told us he didn't see the reveal coming. "I was surprised. I thought they did a nice job of doing the unexpected," he admitted. "There are a few people I think right at the top of everybody's list, and I think it typical Suits fashion, they did a nice job of surprising us with who it was and their motivations for why."

"I think it's so funny because I have two reactions to it. Like my response personally of ‘That's a really interesting choice by the writers. I didn't see that coming.' And then Rachel's perspective, it was like, ‘Are you kidding me?!' So, I think we both had our version of shock," Markel said. "For me, I was really impressed by the choice of who the person was, at least from a writing stand point, and I think, based on what we've seen in these relationships built over five seasons, it just feels staggering to find out who it was and the connection to all of that. Like, why that would happen is just—yeah, it was not who I expected." 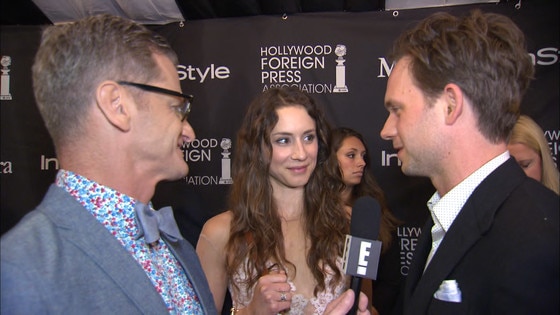 TAGS/ Suits , Watch With Kristin , TV , Top Stories
GET POP CULTURED!
*Email entered incorrectly. Please try again.
By subscribing to our newsletter you agree to the Privacy Policy and Terms of Use
Daily
Weekly