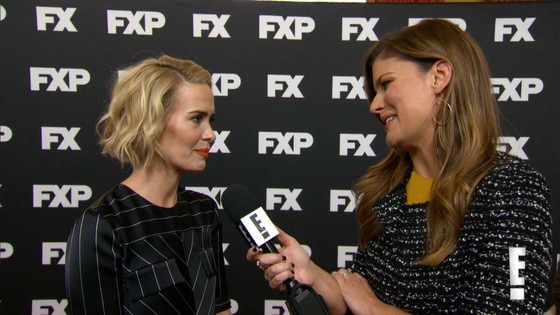 You will probably experience many emotions while watching FX's The People v. O.J. Simpson when it premieres Tuesday: Disbelief, shock, nostalgia, anxiety, some unexpected laughs and most of all, a new understanding of the woman who until now has been painted as something of a ridiculous caricature in American history: Marcia Clark.

Sarah Paulson's performance as the lead prosecutor in the O.J. trial will bring you to your knees, as the 10-part miniseries digs deep into the sexism and razor-sharp media scrutiny the mother of two, who famously lost "the trial of the century," endured.

Paulson tells E! News her greatest hope is that people will see Clark for who she truly is.

"All I want is for there to be a proper holding for who Marcia Clark is in the world instead of this two-dimensional idea that was slapped together by the media," Paulson explains. "Women in general didn't really rally around her during the trial at the time...People didn't want to be smart and strong and ambitious."

Though most of the O.J. cast has not met their real-life counterparts, curiosity got the best of Paulson toward the end of filming, and she met reached out to Clark, who agreed to meet with her. She calls the encounter "one of the more thrilling days of my life."

The meet-up was everything Paulson had wanted. "I had done so much research," Paulson tells us, "and spent so much time with her on my page and in my mind that I felt like I really knew her, and of course was deeply hungry to meet her. She was so lovely and so smart...She's the real deal as far as her humanness." 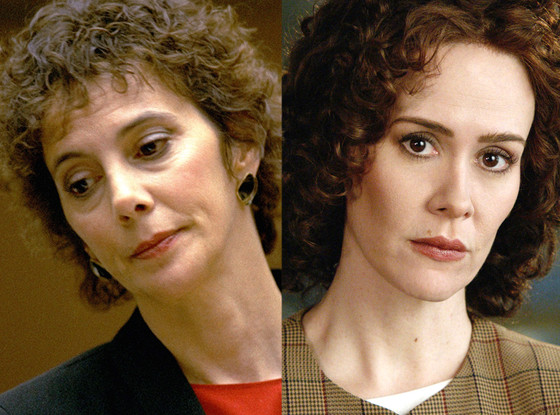 The People v. OJ Simpson shows viewers what has changed—and what has not—when it comes to race relations and sexism in this country, as two decades ago, the media picked apart Marcia's clothing, her makeup, her walk and her talk and of course, her short, tight curly hair (instead of many relevant facts of the case). Something O.J.'s all-male "Dream Team" never faced.

"Things have changed in the sense that Cate Blanchett can turn to the camera and ask the camera to pick its eyes up," Paulson explains. "You would never do a full-body scan of a man in the nice suit the way you would with a woman. And people are much stronger and more forceful about taking a stance, which is wonderful....But truth of the matter is as an actress, I sort of signed up for this. For Marcia, she was a civil servant and being scrutinized in that way was never what she signed up for. She didn't have that kind of skin. It was a very brutal way to enter into a national spotlight."

CLICK: O.J. Simpson Has a Gun in Kim Kardashian's Bedroom in This American Crime Story Teaser

Clark was going through her own nasty divorce while raising two young boys during the O.J. trial, and found living under a microscope incredibly difficult, which is detailed in particular in the sixth episode of The People v. O.J. Simpson, perfectly titled "Marcia, Marcia, Marcia." Paulson's performance is stunning, as we see Marcia finally start to crack.

"It was scary from a vanity standpoint," Paulson admits of seeing herself in the mirror as Clark for the first time. "And at the same time, all I've ever wanted as an actress is some way to have that part of my physical self to be transformative enough that when I look in the mirror I don't feel like me. It's sort of a distracting element sometimes to worry about being appealing or attractive when you're trying to do your work. I think Meryl Streep said it, ‘Vanity has no place in acting,' and it is true. And yet this business is sort of all about it. So it's difficult to figure out how you're supposed to be."

Season two of American Crime Story will focus on Hurricane Katrina, and boss Ryan Murphy is also plotting out his next season of American Horror Story. Paulson, who shot both series simultaneously last year, isn't spilling whether she'll do both shows next season, but quips, "I would do anything to work with Ryan in any capacity at any time, anywhere, always. If he asked me to be in either place, I will be there with bells on."

Or an unflattering wig.

See what else Paulson has to say about her fascinating role and the sexism Marcia endured in the video above. 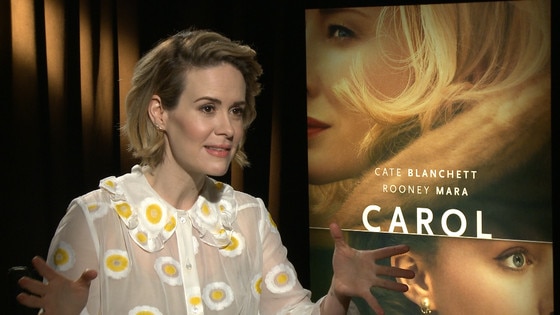 PHOTOS: American Crime Story Cast: Who's Who in the O.J. Simpson Trial Saga