This Comedian Edits Herself Into The Bachelor, and It's Amazing 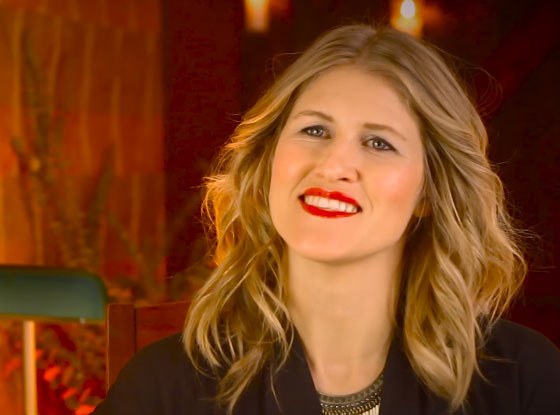 Fans of The Bachelor: Who has Molly in the top spot on their Bachelor pool to win that final rose from Ben Higgins this season?

She's the contestant who manages to miss most of the awesome dates and keeps reminding people that she's 37-years-old.

The Los Angeles comedian has been editing herself into scenes from season 20 of the ABC reality show, every so subtly, and releasing the clips on YouTube—and the results are hilarious.

In her "Meet the Contestants" video, Molly, a "retired actress," tells us that she's the oldest contestant on the show but says she has a "young spirit."

"I know I'm somewhat attractive," she says. "I know I'm deserving of love."

She's a bit of a tomboy, too, as she's seen exercising and talking about her high school sports days...

"Except for senior year when I quit lacrosse because I got really heavy into drugs and alcohol," she says in one of her interviews.

Plus, she and Ben have a major connection.

"He looks a lot like my nephew. He's 23, so it's like two or three years different," Molly says in one interview, after supposedly missing a group date. "So there's a familiarity right there with him."

As for the real-life Hawkey, the comedian has been inserting herself into other videos, like this Oscars roundtable interview, to see if viewers are in on the gag.

Why was The Bachelor her next mark?

"When an old sweetheart forced me to watch episode one of Juan Pablo's season, I have to admit, no matter how much I fought it, I was hooked," says Hawkey.

"I couldn't tear myself away," admits Hawkey. "Watching The Bachelor, The Bachelorette and Bachelor in Paradise is now a weekly ritual and a great excuse to hang with friends, laugh, pull my hair out and drink wine. #bachelorandchill"

Even though she pokes fun at the show, Hawkey can't help but get caught up in it as a fan.

"My favorite moment is always the last episode—the final rose. What's better than watching two people falling in love with each other? Whether they get divorced or not, they are truly in love at that moment, and it feels great to witness it," says Hawkey.

RELATED READ: Check out our recap of the latest Bachelor episode

As for what she's learned from the show, both as a fan and, you know, a fake contestant, Hawkey has some advice for Bachelor contestants.

"Open your heart, but don't forget: you're not there to make friends," says Hawkey. "Don't be afraid to own your time with your Bachelor. Steal him for a sec, if you have to."

Hawkey believes if you're there for the right seasons, that final rose can be yours.

"Most importantly, don't wait till it's too late to tell him that you froze your eggs for him," adds Hawkey. "I had to learn that the hard way."

PHOTOS: Meet the contestants of The Bachelor season 20!

TAGS/ E! Loves , The Bachelor , Funny , Top Stories
GET POP CULTURED!
*Email entered incorrectly. Please try again.
By subscribing to our newsletter you agree to the Privacy Policy and Terms of Use
Daily
Weekly