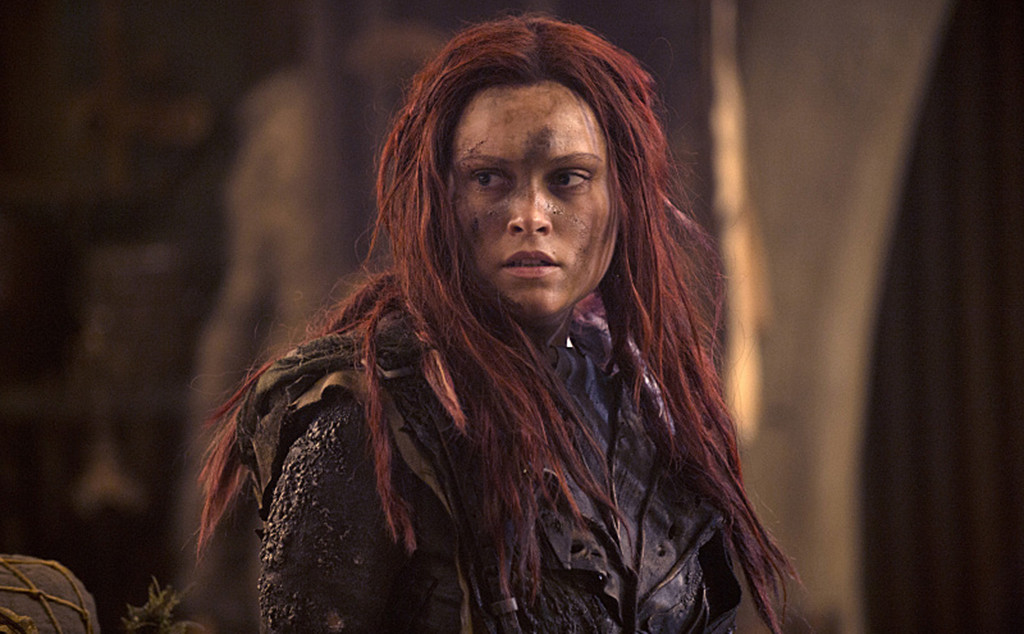 Ready to hear the legend of Wanheda?

The 100 returns tonight, and if you think you're ready, think again. It's been three months since we last saw the people of Earth, and a lot of things have changed in that time. New relationships have formed, old ones have fallen apart, and one former blonde has gone through quite the transformation while working hard to forget everything that went down in the season two finale.

You remember the season two finale, right? When Clarke (Eliza Taylor) and Bellamy (Bob Morley) pushed that lever to let the radiation into Mount Weather, killing all of its occupants? Some time may have passed, but that decision still haunts Clarke and her friends, and it's taken a toll on every single one of them.

Meanwhile, Murphy's (Richard Harmon) eating crackers in a bunker and Jaha's (Isaiah Washington) hanging out in the City of Light, having just the best time of all with no knowledge of what went down at Mount Weather.

We sat down with star Eliza Taylor and executive producer Jason Rothenberg to get an update on where things stand as season three picks up with the Sky Crew on the hunt (along with pretty much everyone else on the planet) for Clarke and the legend that has sprung up behind her among the Grounder clans.

CLICK: The 100's season 3 trailer reminds us to start preparing for war 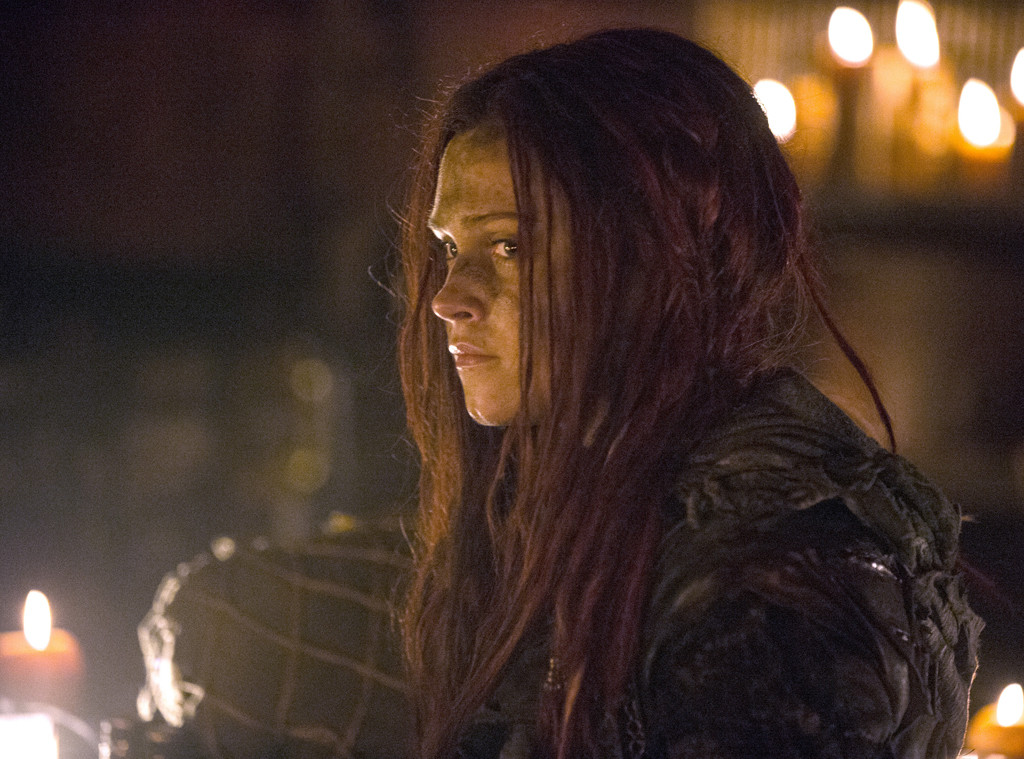 After what happened at Mount Weather, Clarke made the decision to head off on her own in order to avoid seeing the faces that would remind her of what she had done.

"She's been on a walkabout, just killing panthers and trying to figure out how to survive, and running away from herself in many ways," Rothenberg tells us. "I think that what happened last season broke her, obviously, and that's where we find her this season. She's gone wild. She's a bit feral, she's off the grid, she's changed her appearance."

"[She's been] running away from her problems," Taylor reveals. "She's basically living off the land, hunting, gathering, trading, trying to blend into Grounder culture, doing whatever she can to escape her demons."

What's to come: "It's a darker Clarke, literally and figuratively," Taylor says, referring partly to Clarke's new ‘do. "Going into the season, her goal is to be emotionless, and to not think about everything that she's done. She's in denial though. There's no way that your demons can't catch up with you, and I think the great arc in season three for Clarke—Clarke's arc—is finally confronting everything she's been running away from, and watching how she does that makes for some hopefully pretty compelling viewing."

"She can't run away," Rothenberg adds. "That's the sort of realization that she makes fairly quickly as the story sucks her back in, and pretty quickly she gets reactivated as a hero."

When Clarke does reunite with her people, it's not going to be pretty. "The great thing about season three is we're exploring a little less fighting, physical action, and a little more emotional stuff," Rothenberg says (and we'll have plenty more about just how emotional things are going to get right after the episode airs).

CLICK: Renewed or canceled? Find out the fate of your favorite shows 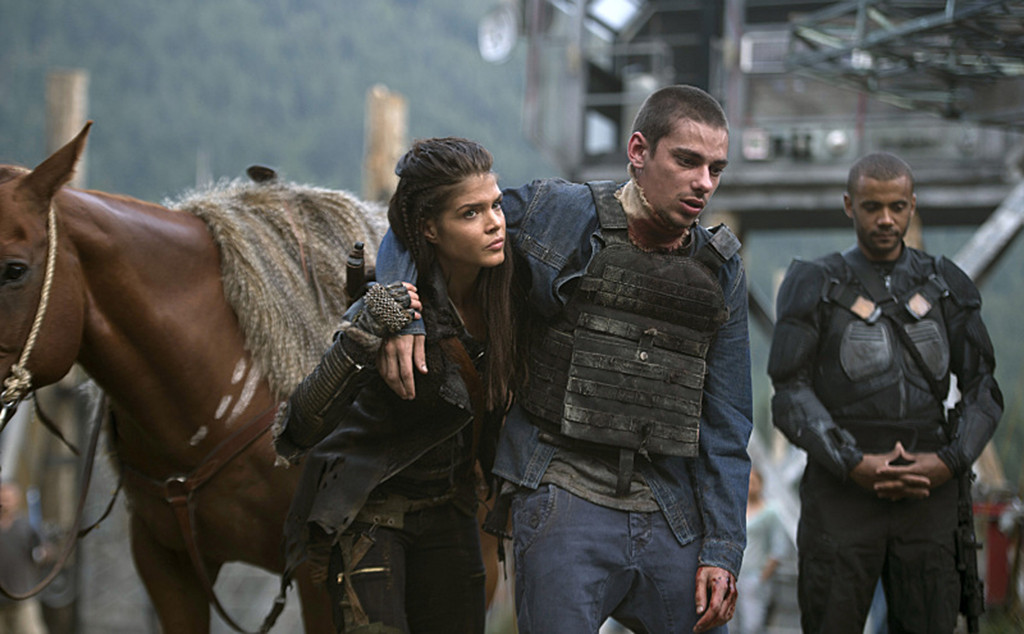 While Clark's been off turning herself into a Grounder, her people have continued living their lives pretty successfully in the past three months. Camp Jaha is now Arkadia, and there's a sense of calm that hasn't often been seen on The 100.

"Things start in a happy way," Rothenberg says. "We're at peace, relatively speaking. It's been three months since an attack, there are children in Arkadia…"

Of course, that's not going to last for long, and there are already stirrings of problems within Arkadia itself.

Abby (Paige Turco), for instance, is struggling with being both Chancellor and doctor, while also dealing with the current loss of her daughter. Bellamy has attempted to move on as best he can, despite the fact that Clarke kind of dumped a whole lot of responsibility on him when she took off at the end of last season. Part of that responsibility involves Jasper (Devon Bostwick), who is "a mess," according to Rothenberg.

"I think it's hard for Jasper obviously because he lost Maya and he thinks he was close to solving the problem himself, whether or not that would have worked," Rothenberg explains. "I doubt it would have, but that's what he believes and certainly has told himself over the past three months. He can't escape the fact that his best friend, the woman that was essentially his leader, Clarke, and Bellamy, his other leader, pulled that lever." 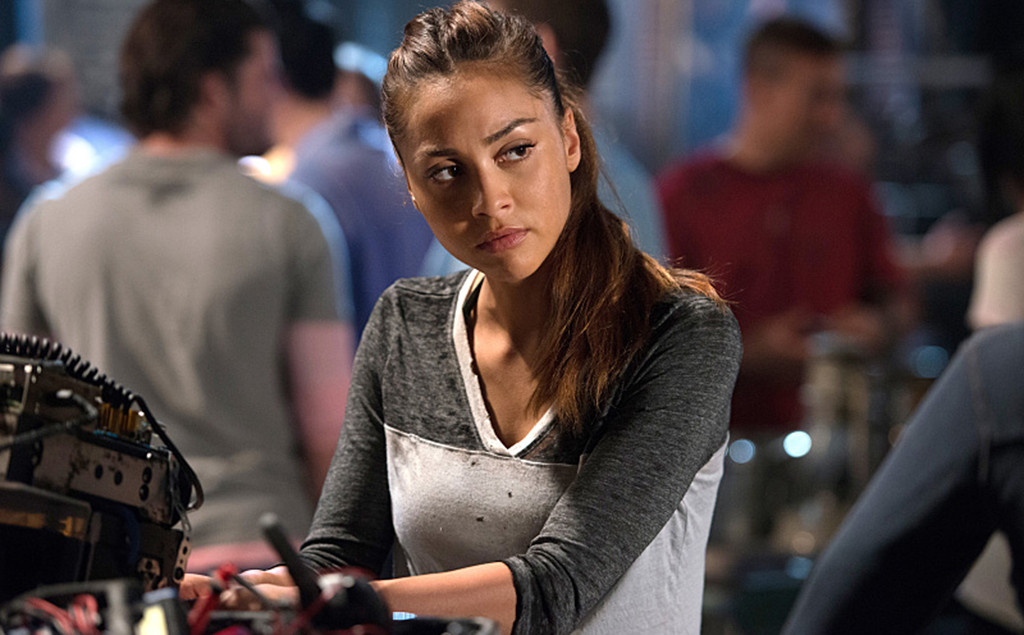 Raven (Lindsey Morgan) is also not doing all that well after being shot at the end of last season. She hasn't gotten better, as much as she would love to say she has, and her injury is going to play a major part in her journey throughout season three.

"She's handicapped," Rothenberg says of the rebellious mechanic. "She's going to be disabled forever and part of her journey is realizing that she's still not just useful but heroic and crucial to the survival of the whole group. I mean, Raven's a total badass. I get a lot of grief on Twitter from a group of people that think all I do is torture Raven, but I think the reason people connect to her so strongly is because of what she's gone through and how she's gone through it and how she's overcome it, you know. But she's everything. Without her brain, they'd have been dead multiple times. She becomes a key factor in the survival of the human race this season." The City of Light

According to Rothenberg, the theme of season three is, "What does it mean to be human?" That definitely comes into play for Clarke as she works to come to terms with her actions last season, but it also comes out in the show's exploration of A.I. We got one weird introduction to that part of the story at the very end of the season two finale, and we will continue to see Jaha build some strange relationship with A.L.I.E., the A.I. woman he met in that mansion.

"Jaha's trippin'," says Taylor. "He found the City of Light, and he is now in a place where he wants everyone else to find the City of Light and will actually stop at nothing, under A.L.I.E.'s influence to make that happen. It's very different for us."

Just as a heads up, you will probably want to rewatch the opening scene of the premiere a couple of times, because according to Rothenberg, "there are clues in that scene to where we're going. We'll meet some of those people again, and we'll see where that goes."

You'll also probably want to rewatch the entire episode a couple of times or more, because it's just that good, and it feels just that good to finally have this show back after such a long hiatus, even if it does break our hearts (in a good way) on a weekly basis.

CLICK: The 100's stars in and out of costume