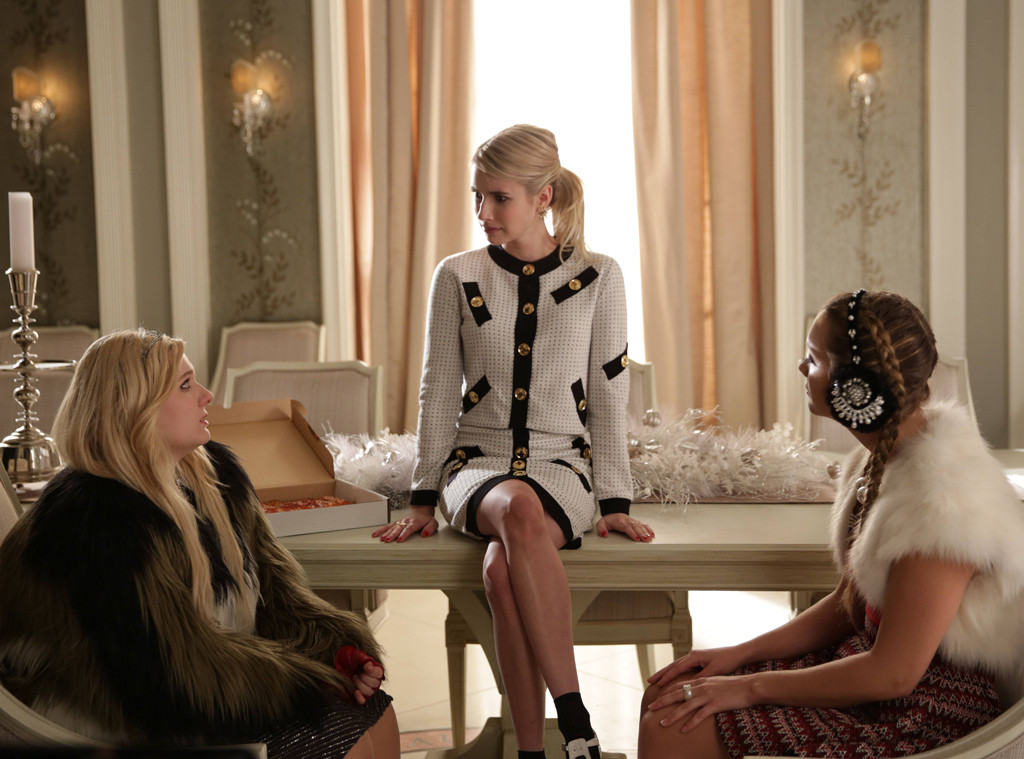 Praise Chanel Oberlin, Scream Queens has been renewed for a second season. Go on, we'll give you a minute to celebrate Kappa-style. (Just don't go rocking the Red Devil suit and start murdering people, OK?!)

Got that out of your system? Good, Let's move on. Fox made the official announcement at the 2016 Winter TCA Press Tour on Friday, while also revealing some juicy scoop on the setting for Ryan Murphy's horror-comedy's sophomore outing.

It's time so graduate from the college campus...and put on some scrubs.

Once again centering on a "terrifyingly funny murdery mystery," season two will be set in a hospital, where "some most fascinating and bizarre medical cases are under observation," the network spilled. It's an area Murphy has explored before (in his FX drama Nip/Tuck and the second season of American Horror Story), but Fox boss Gary Newman says it's a topic still rife for exploration.

"I don't think it's anything like Asylum, which was set in a period," he told reporters. "Medical is an incredibly rich area to tell stories in. Ryan has always loved the medical area, Nip/Tuck I think was a show he really enjoyed the creative on, so it seemed like a great broad area."

But will any of season one's cast, which included Jamie Lee Curtis, Oliver Hudson, Abigail Breslin, Bille Lourd Keke Palmer and Skyler Samuels, return? Sadly, the network said casting will be announced at a later date, but Fox boss Dana Walden told reporters, "Ryan intends to bring some of the actors back from the first installment. I believe they will be in the same characters." Still, nothing is 100 percent decided, she stressed.

Added fellow Newman, "It really hasn't been decided who's coming back and how many of them will be playing their old characters. Ryan and Brad and Ian are actually working right now on that. We'll actually be sitting together quite soon and getting their take on it. Our instinct is that at least a few of those characters will be back as the same actors playing the same roles, but it it will be anthological in that there will be a time jump and they'll be in a different setting."

2015 Breakout TV Stars: You Will Fall in Love with Scream Queens' Glen Powell, We Guarantee It 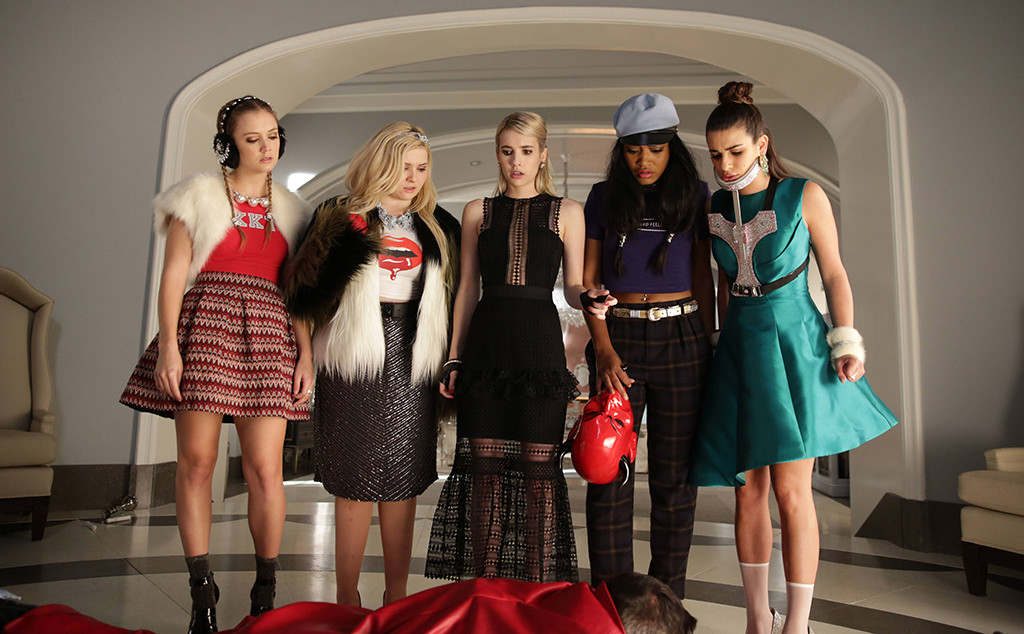 The good news is that Lea Michele and Emma Roberts have both said they'd love to reprise their respective roles of Hester and Chanel (Can't say we blame them!). In fact, after learning her character was the season one killer, Lea chatted with Ryan about Hester could factor into season two.

"I've talked to Ryan about what her role would be in the next season being that she was the killer this year and the fact is that she gets away with it," Lea told E! News. "So Hester would be there. And how funny would it be if all these killings started happening again, and if they found out that she was The Red Devil, she could just be like, I'm really NOT doing it this year, I promise? We've talked about how she then would unfold into another season."

But we have a confession: Of all the season one characters, we're not sure we want to live in a world without Chad Radwell (Glen Powell).

Per Fox, SQ was the fall season's No. 1 new comedy among adults 18-34 (the most-coveted demo), and was the top new series when it came to social media and VOD (Video On Demand). And it was also our pick for the best new show of the fall, so yes, we're screaming over the fact that we're getting more Scream Queens next season.

TAGS/ Scream Queens , Watch With Kristin , TV , Top Stories
GET POP CULTURED!
*Email entered incorrectly. Please try again.
By subscribing to our newsletter you agree to the Privacy Policy and Terms of Use
Daily
Weekly