Do Jessica Jones and Luke Cage Have a Future? Krysten Ritter Hopes So 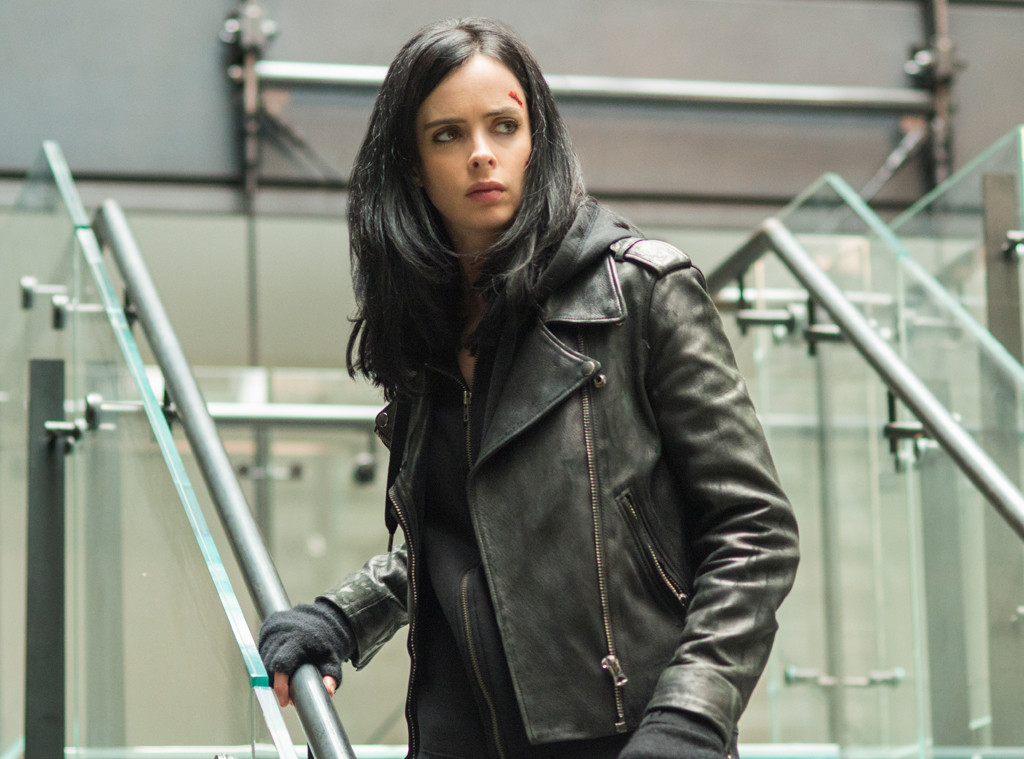 Pour yourself a glass of celebratory bourbon, because Marvel's Jessica Jones is coming back to Netflix for season two. But because the cast and creators of the superhero show found out around the same time the rest of us did, they couldn't actually spill any details at their panel at the Television Critics Association Winter Press Tour on Sunday.

"The best part about it is that we've learned about the pickup about when you guys learned about it," revealed executive producer Jeph Loeb. "We're at that stage of just going, 'Yay!'"

But in the meantime, they were happy to discuss their pretty much universally loved first season—especially that bombshell ending. (Yes, there are spoilers ahead, beware!)

"For Jessica, that final moment, that victorious triumphant moment when she kills Kilgrave," said star Krysten Ritter, the titular superhero who can rock jeans and a black leather jacket like nobody's business. Hey, wait, spoiler alert!

"It already came out! Oh crap," she joked before continuing, "I found that very conflicting in terms of Jessica Jones' headspace because he's the reason why she got up every day. I was going to say morning but she gets up in the afternoon…it really gave her a purpose and I don't think the past trauma goes away with his death. I think that her headspace is really complex."

CLICK: Get to know Rachael Taylor, one of our 2015 breakout stars

The trauma should carry over into season two—but it'll be hard to top David Tennant's supremely evil Kilgrave as a villain. As Loeb himself said, "One of the things that's important about any Marvel show is your hero is often defined by how strong your antagonist is."

That said, we probably won't see Tennant again—despite how much everyone loved him. Said showrunner Melissa Rosenberg, "Sure, when you have David Tennant, you want him around forever. He's such an extraordinary character and one of the loveliest people you'd ever want to work with. But the show is called Jessica Jones and the story is about Jessica's arc and how does that play out in its best form?"

One person we will see again? Mike Colter's Luke Cage, who is getting his own Netflix series. Luke and Jessica didn't part on the best of terms, which was hard for Colter and Ritter.

"I think ultimately it would've been nice to have a neat little package at the end where they make up," he said, adding, "her goodbye, I wasn't even conscious. When I awoke, it was like, 'What happened?'…Luke is completely exhausted emotionally. He didn't expect this to happen to him...it's a long arc, a long storyline and I think it leaves us in a great place to see when we interact again [whether it's on Netflix's The Defenders or Luke Cage or Jessica Jones]." 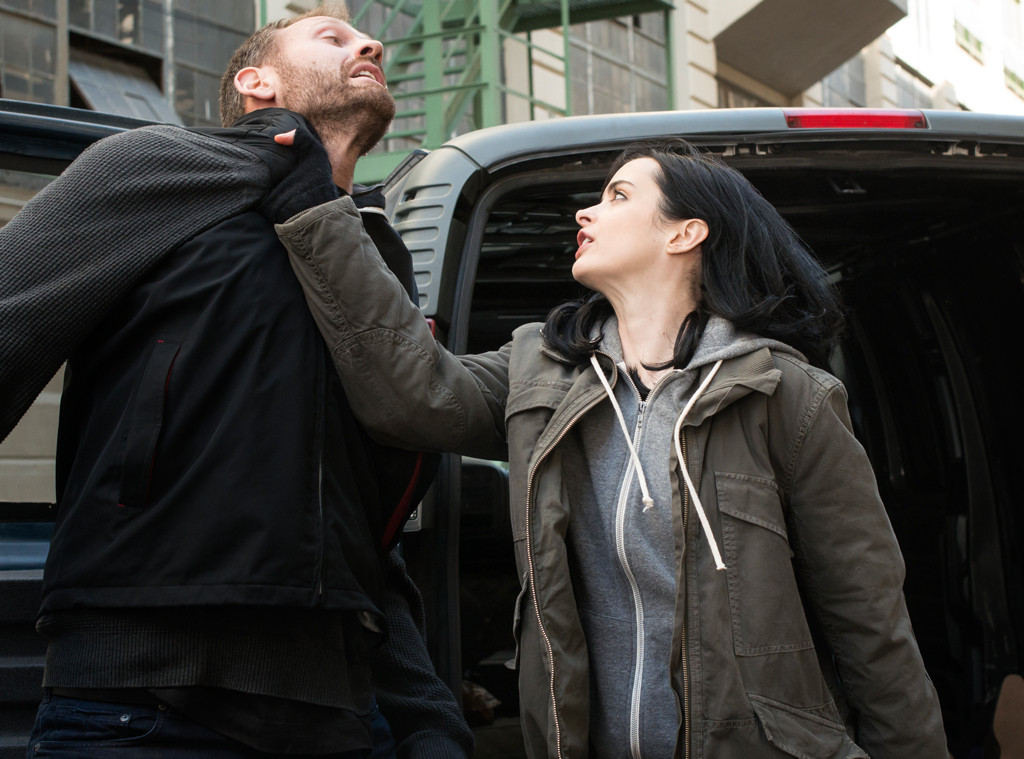 Added Ritter, "I was really sad when Jessica came home and Luke wasn't there because the relationship was so great and it felt like something good would finally happen and [he] wasn't there. It was heavy."

One important thing that came from their relationship was the contrast between the abuse of Kilgrave and the normalcy of a consenting adult relationship.

"I was important that we establish that this is an adult drama. in an adult drama, there is an element of sexuality that is important," said Loeb. "What had happened with Kilgrave was not okay, but there are other situations where that kind of activity is okay."

Besides, Colter isn't too hard on the eyes. "If you're gong to have to do a scene like that it's not terrible to do it with Mike," joked Ritter. "He's alright looking—but he's also a nice guy and he always has your back."

TAGS/ Krysten Ritter , Watch With Kristin , TV , Top Stories
GET POP CULTURED!
*Email entered incorrectly. Please try again.
By subscribing to our newsletter you agree to the Privacy Policy and Terms of Use
Daily
Weekly