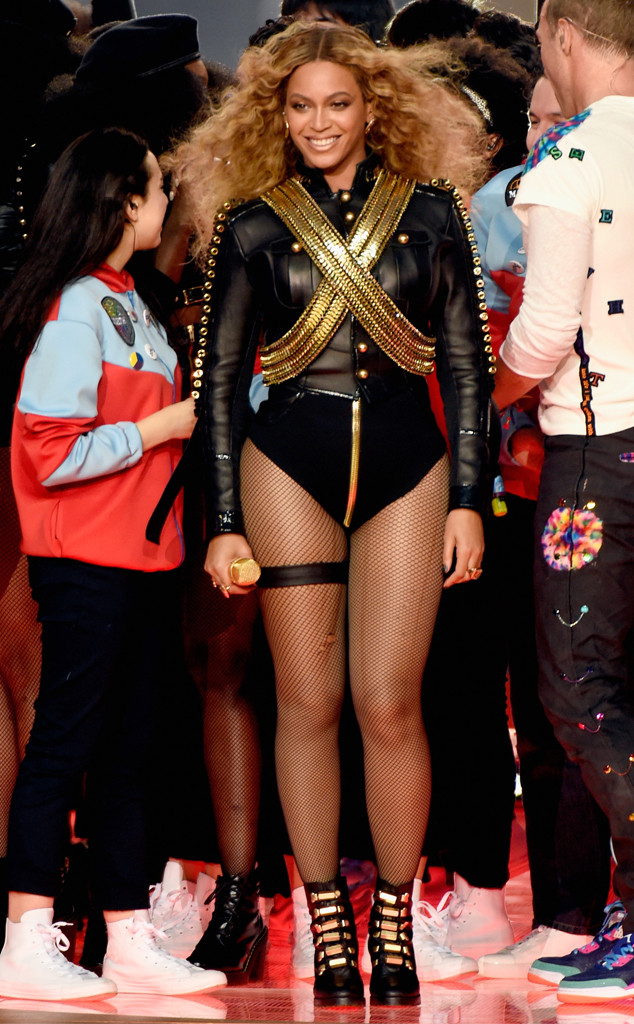 Shout it from the rooftops, Beyoncé has just announced a new world tour!

Minutes after stealing the show at the 2016 Super Bowl halftime show, the Grammy winner announced The Formation World Tour. Pre-sale tickets for Beyhive fan club members and American Express Card Members are available Feb. 9 while tickets for everyone else go on sale Feb. 16.

The tour will kick off in North America on April 27 in Miami, Fla. at Marlins Park with 21 additional stadium dates lined up throughout the country including New York City, Los Angeles, Chicago, Toronto, Philadelphia, Dallas and more.

The news comes just one day after the superstar released her new single "Formation." In fact, Yonce fans have had to wait since December 2013 for their favorite singer to release new music on her own, when she famously surprised the world with her self-titled album. In her defense, however, she's been featured on several tracks with some of her musician pals over the last several months.

In fact, the singer recently teamed up with Chris Martin and the rest of his Coldplay band members for the track "Hymn for the Weekend"—which was featured on their 2015 album, A Head Full of Dreams.

Along with announcing her tour, Bey revealed that part of this tour will be to help relief efforts concerning Flint, Michigan's water crisis.

"True to her life's work of always giving back, fans will be given the opportunity to participate in Beyoncé's #BeyGOOD initiative supporting local United Way programs and the continued work surrounding the water crisis in Flint, Michigan," the release stated.

"United Way of Genesee County has been at the forefront of distributing  thousands of filtration pitchers, faucet mount filters, replacement cartridges and truckloads of water to underserved populations to address immediate needs in Flint Michigan. They are also partnering with the Community Foundation of Greater Flint to create a fund that will address long-term developmental, education, nutrition and health needs of the children affected by the Flint Water Crisis."

But back to all things Bey, shall we? Around the time when she dropped her last album, the "Drunk in Love" songstress admitted that she recorded far more material than what made the cut for the final product.

"When I started picking the songs that I gravitated towards, because I recorded about 80 songs, it was the songs that were more effortless for me that stuck around that I still love that I loved a year ago when I recorded them," she said on an informational video released on her website dubbed "Part 3 Run 'N Gun."

She nabbed the top honor for Best R&B Song, Best R&B Performance as well as the trophy for Best Surround Sound Album. But knowing more than a few Queen B fans, we have a feeling you guys already know all about the music. You now just want to see when she will be in your city. Well, you're in luck. See all the North American dates below.

APP: Download the E! Online app to get the latest red carpet news on the go!