Ricky Gervais Will Not Hold Back When He Hosts the 2016 Golden Globes: "I Can Justify Every Joke I've Ever Done" 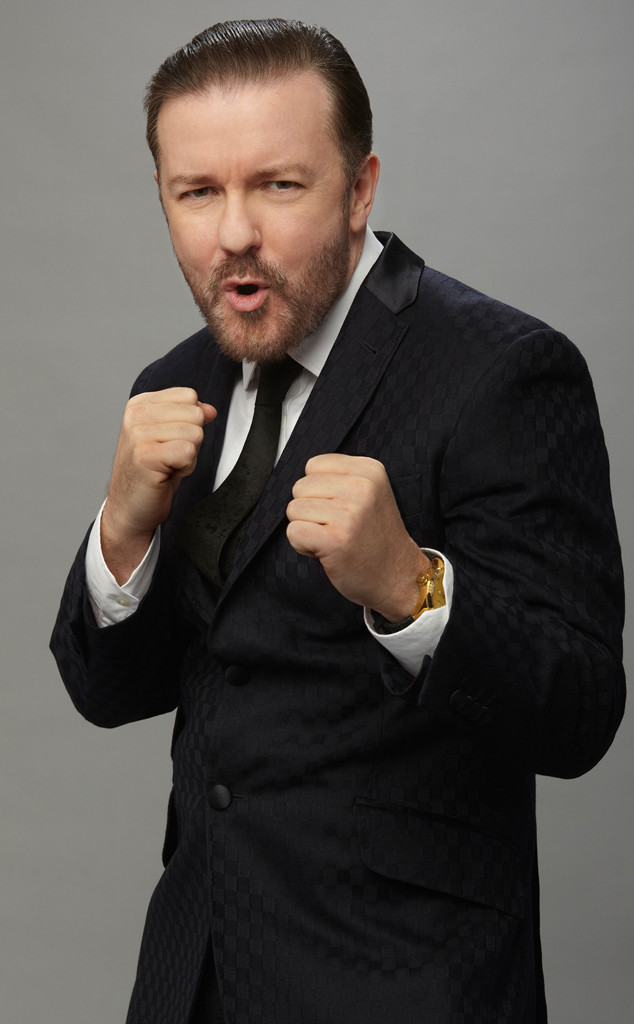 Ricky Gervais won't pull any punches at the 2016 Golden Globes.

After hosting the annual awards show in 2010, 2011 and 2012, the comedian is excited to return this Sunday. "It is really exciting. It's fun. It's in 215 countries around the world, about 200 million people watch it, which is very irresistible to a comedian," he tells The Hollywood Reporter of hosting the show live on NBC at 8 p.m. ET. "It's a challenge. I always write my own jokes, I can say what I want—and it's live."

Gervais has been a livewire in the past, which might make some nominees and attendees nervous this year. Should they really worry, though? "I've never understood the controversy around the Golden Globes," he says. "That stuff I did, I was shocked that people thought that was shocking. Genuinely. I thought, 'What have I said wrong?' I didn't say anything outrageous or libelous. I didn't say anything against broadcasting rules. It was on network television, late afternoon, it couldn't have been that bad." Furthermore, he explains, "Anything you say, any joke you make, someone, somewhere, could get offended, right? Justified or not. Somewhere there is a chicken who crossed the road and got seriously injured and he doesn't like that joke."

APP: Download the E! Online app to get the latest Golden Globes news on the go 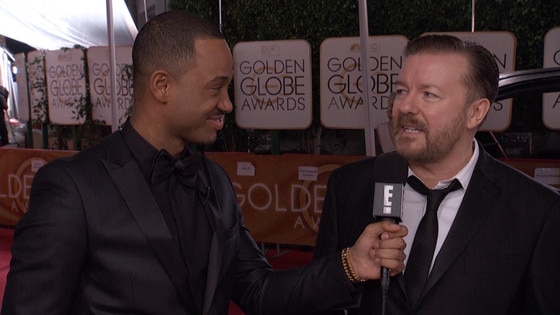 Not everyone finds Gervais funny, of course.

"I said, 'I think the award for special effects should go to the team that airbrushed the Sex and the City 2 poster.' It was ludicrous, they tried to make them look 25! I said, 'Look, we know how old you are; I saw one of you in an episode of Bonanza,'" says Gervais, who's won three Golden Globes over the years. "Now, the target of that joke was airbrushing the truth for Hollywood. I don't think there's anything wrong with being 50. I'm 54. I'm a very considered comedian. Every word in the joke matters to me. I'm not one of these comedians who go out there and go, 'F--k you, it's just a joke.' Some people think that comedy is your conscience taking a day off, but my conscience never takes a day off. I can justify every joke I've ever done and if the joke is about someone, I can do it in front of them and tell them after why it's justified."

In fact, if a joke crosses the line, he'll toss it out.

"Not because I think more people will find it offensive [but] because I can't justify it morally," he tells The Hollywood Reporter. "Often there's collateral damage. I probably wouldn't have a go at someone's affair if their partner was still there—you know, it's not their fault. That's collateral damage for me."

So, what can viewers expect this Sunday?