Anthony Bourdain Is "One of the S--ttiest Chefs" to Ever Live, According to Former Top Chef Contestant John Tesar 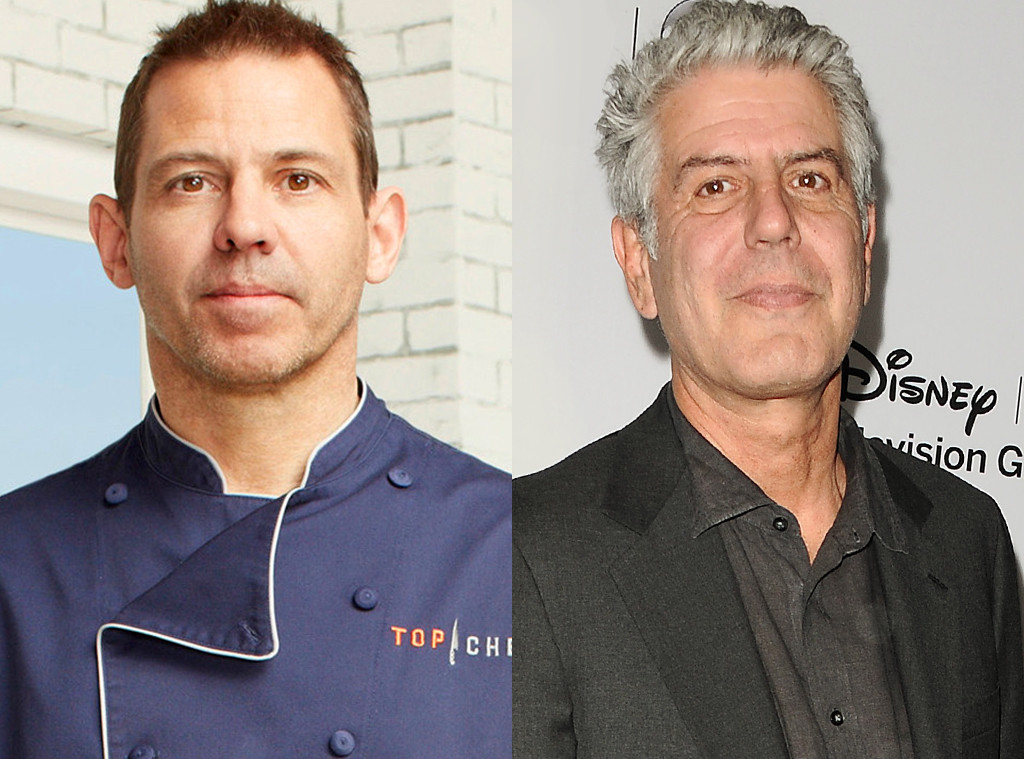 Tesar, who was eliminated in the ninth episode of Bravo's Top Chef in 2013, knows Bourdain very well, as they once cooked together at Supper Club. He now owns a popular Dallas steakhouse, Knife, and earned raves for his recently closed seafood restaurant, Spoon Bar & Kitchen. Though he's successful in his own right (he plans to open three eateries in Dallas next year), Tessar seemingly has a bone to pick with Bourdain. "I've been around four generations in the restaurant business and I've worked with and know everybody. That's why I can s--t on Bourdain," he tells Playboy. "He's awesome. But at the same time we feud back and forth all the time."

The latest rift relates to a comment Tesar says he made about Bourdain's wife, Ottavia Bussia. "She got mad at me," he says. "I made a comment about his first wife [Nancy Putkoski] on The Braiser, and his new wife got pissed off. She wears the pants. Trust me. He's always been dragged around by his dick. A lot of guys are. It's nice that he always marries women with strong personalities to take care of him because then he can just wander around, get stoned, drink and tell stories. He's like f--king Ernest Hemingway."

The backhanded compliments didn't end there, of course. "If you really have an intellectual debate with him, you'll learn that he's an amazing writer and storyteller and probably one of the s--tiest chefs that ever lived," he said of Bourdain, known for Travel Channel's Anthony Bourdain: No Reservations and CNN's Anthony Bourdain: Parts Unknown. "The guy can't cook his way out of a paper bag. Everywhere he goes he makes Portuguese fish stew, beef bourguignon or he brings Eric Ripert with him to do something." 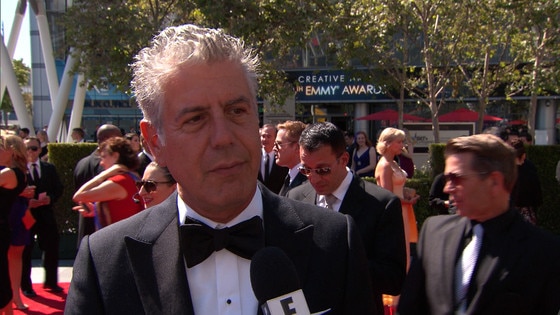 Now Playing
Up Next
Anthony Bourdain Sounds off on Paula Deen

"Look, what annoys me about chefs is fraudulent behavior, over-hyped food and ego, and I've been guilty of all of it myself. So now that I've gotten older, I just don't want to be that type of person any longer," Tesar tells the magazine. "I'd much rather see younger, talented people do the projects that I'm not directly involved with, but yet be a mentor to them. It's a valuable gift to be able to mentor younger guys to work hard and be honest about their work. My friends call me Yoda now. Because like, OK, I can kick your ass, but I'd rather sit in the corner peacefully and give sound-bites and good advice. I'll be 60 in two years. F--k it, right?"

Tesar was once called "the most hated man in Dallas," but to this day, he doesn't understand the vilification—nor does he care to understand it. "People made me the bad boy. After a while, if you take risks and you speak your mind and you stay the course, it comes back around," he tells Playboy. "People trust my honesty about this business now."

Bourdain, meanwhile, has yet to comment on Tesar's interview.