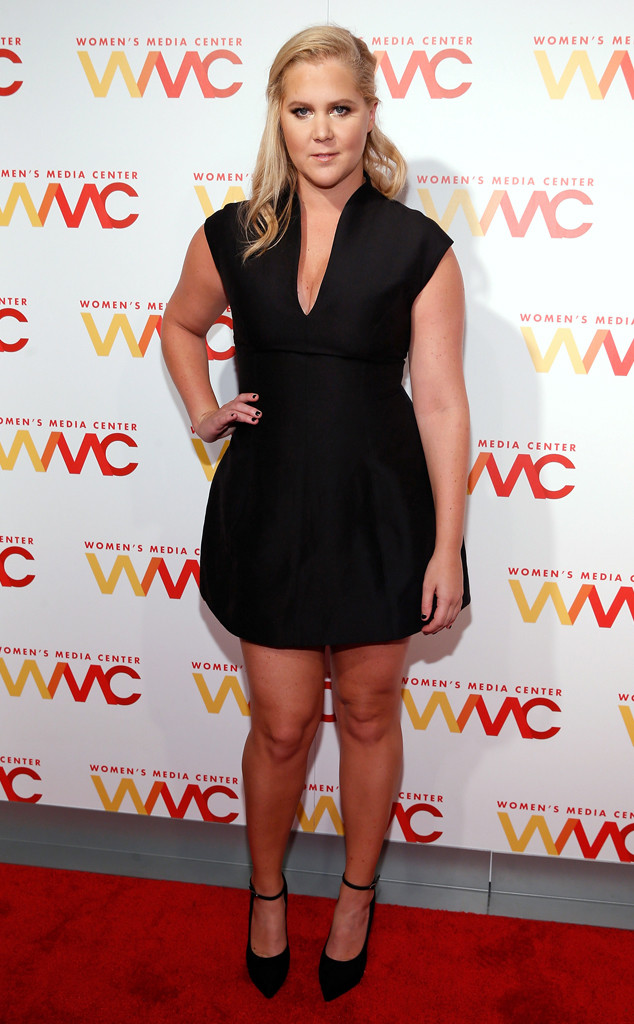 The 34-year-old comedienne and actress, who is nominated for her first Golden Globe for her role in Judd Apatow's comedy film Trainwreck, talked to The Hollywood Reporter about online critiques of her work and other Internet comments about her.

"With Trainwreck coming out, I was like, 'Everyone's going to say, 'She's not pretty enough to be in this movie.'' And then only one dude wrote that, and people really attacked him, and then he redacted that and wanted to date me," Schumer said in comments posted on Thursday.

The actress did not name names.

Earlier this year, Hollywood Elsewhere writer Jeffrey Wells drew criticism when he commented in a review of Trainwreck that Schumer's character is not "conventionally attractive." That was one of his milder remarks.

"She's obviously sharp and clever and funny as far as the woe-is-me, self-deprecating thing goes, but there's no way she'd be an object of heated romantic interest in the real world," he wrote. "And yet that's the apparent premise of Apatow's film. Schumer's wide facial features reminded me of a blonde Lou Costello around the time of Buck Privates, or Jennifer Aniston's somewhat heavier, not-as-lucky sister who watches a lot of TV."

When asked about Wells' remarks, Schumer told USA Today, "I didn't read the thing. I think this is probably a good thing. I like that he was the only one that said anything...It was such an example of sort of the reason for trolling. It seems like a rewarding experience for people who do that stuff. From the bottom of my heart—I could not care less."

She also talked about criticism over her looks on Twitter, alongside a photo of herself on a comedy stage wearing nothing but underpants.

I am a size 6 and have no plans of changing. This is it. Stay on or get off. Kisses! pic.twitter.com/6IsEfFOwAD

In a follow-up piece titled "Schlumpies & Dumpies," Wells addressed the backlash and stated the actress is "brilliant, talented and somewhat funny" but "not grade-A or even B-plus material, certainly by my standards as well as those of any moderately attractive, fair-minded youngish heterosexual dude who's feeling hormonal or what-have-you."

He later wrote he is "sorry for the Amy Schumer sturm und drang" and that she is "a first-class talent and deserves more respect than what I gave her."

"Amy Schumer is one of those borderline beauties," he wrote. "You glance at her one moment, and she's very attractive. But, then a few seconds later, her pug face materializes and you know why she chose a standup career. Well, it's not all standup."

TAGS/ Amy Schumer , Top Stories , Body Image
GET POP CULTURED!
*Email entered incorrectly. Please try again.
By subscribing to our newsletter you agree to the Privacy Policy and Terms of Use
Daily
Weekly