It's Happening! Tom Hanks Heads to Pixar to Bring Woody Back to Life for Toy Story 4 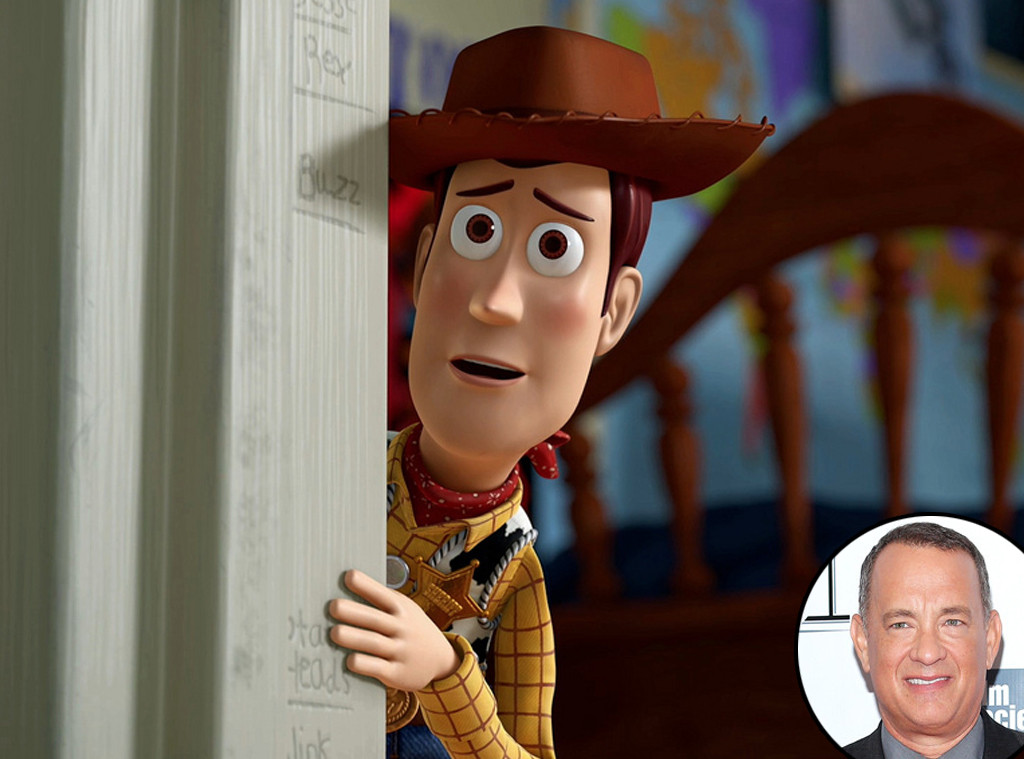 OH-EM-GEE, we're one step closer to seeing Toy Story 4 being brought to life.

As promised, Tom Hanks head back into Pixar today to lend voice to his iconic character from the franchise, Woody, so production can begin for the highly anticipated installment. The actor shared his commute to Oakland with fans through a time lapse video on his WhoSay page, which basically showed some congested traffic, but did give a sneak peek of the star during his drive. (If you blink, you miss it.)

"Back to Oakland! Pixar! Working on #ToyStory4, partners! Hanx," he wrote.

Hanks hinted that he'd be returning to work for the film today during a recent appearance on The Graham Norton Show. "We're now recording Toy Story 4. It will be out in 2018, so it takes a long time." Later in the interview, he added, "I have a recording session on the second of December."

LOOK: 13 Times the Toy Story Franchise Made You Weep Uncontrollably

Hanks also mentioned that lending his voice can sometimes become very strenuous on his diaphragm. "My diaphragm gets a workout. I'm driving home and I literally have to put an ice pack on my chest because it's clenched throughout."

And apparently, Toy Story 4 got the fan-favorite actor into a bit of trouble. When asked by a reporter several years ago if a fourth installment of the film was going to happen, Hanks was caught off-guard and answered as honestly as he could, "Yeah, I think so."

He shared on The Graham Norton Show that Disney wasn't happy about that. "I got a call from the Disney lawyers the next day. They said, ‘You, contractually, are not allowed to discuss a Toy Story 4. It will affect the stock market price of the Disney common stock.'"

Pixar president Jim Morris said in an interview with Disney Latino back in March that the upcoming sequel will not just be picking up where Toy Story 3 left off and going from there.

"It is not a continuation of the end of the story of Toy Story 3," Morris said, per Slash Film. "Temporarily it is, but it will be a love story. It will be a romantic comedy. It will not put much focus on the interaction between the characters and children. I think it will be a very good movie."

"We love these characters so much; they are like family to us," Pixar and Walt Disney Animation Studios chief creative officer John Lasseter, who directed the first two Toy Story films and is returning to helm the fourth, said in a statement in November.

"We don't want to do anything with them unless it lives up to or surpasses what's gone before. Toy Story 3 ended Woody and Buzz's story with Andy so perfectly that for a long time, we never even talked about doing another Toy Story movie. But when [writers] Andrew [Stanton], Pete [Docter], [editor] Lee [Unkrich] and I came up with this new idea, I just could not stop thinking about it. It was so exciting to me, I knew we had to make this movie—and I wanted to direct it myself."

PHOTOS: Check out the faces and facts behind Disney's most iconic characters!

TAGS/ Tom Hanks , Top Stories , Movies
GET POP CULTURED!
*Email entered incorrectly. Please try again.
By subscribing to our newsletter you agree to the Privacy Policy and Terms of Use
Daily
Weekly