Kylie Jenner & Tyga's Rocky Romance: A Timeline of What the Heck Just Happened 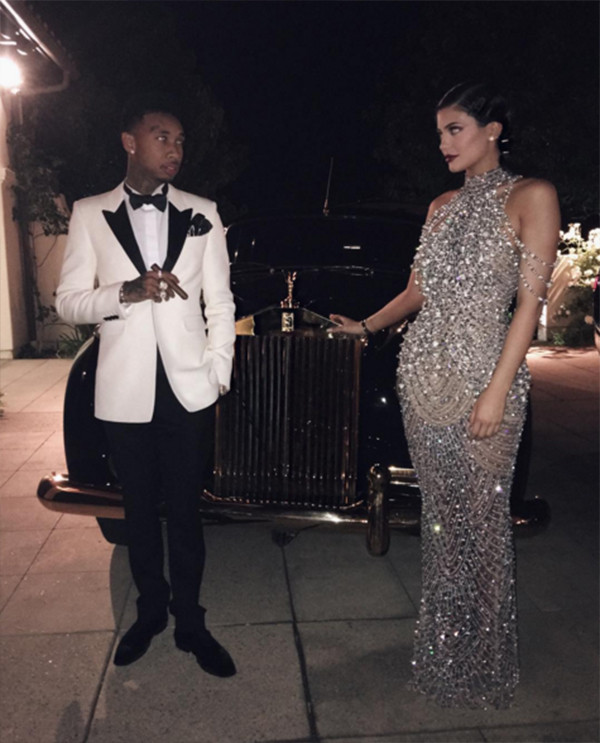 Young love can be so bittersweet.

Considering the the name-brand recognition, the posh Calabasas mansion she recently bought and the garage full of luxury cars, it's easy to forget sometimes that Kylie Jenner is only 18. And Tyga, at 26...

So it comes as zero surprise that Kylie and Tyga just spent the last week acting out the lyrics to Katy Perry's "Hot n Cold." One day they're devotedly together, the next they're so over—and back again. They started the weekend on the outs and, barely 48 hours later, they were by all indicators totally back on.

Their brief spat was made all the more dramatic because it coincided with Tyga's birthday, making it into even more of a what-could-have-possibly-happened conundrum.

With the relationship status of all of our favorite celebs liable to change at a moment's notice, here's an in-depth look of just what the heck occurred between Kylie and Tyga over the last couple weeks:

Nov. 6: The longtime dear friends, who went public with their romance in August when Tyga gifted Kylie with a Ferrari for her birthday (call it her Elite 18), attended family matriarch Kris Jenner's Great Gatsby-themed 60th birthday bash together. They dressed to the nines and puckered up for a sweet kiss in the requisite photo booth. 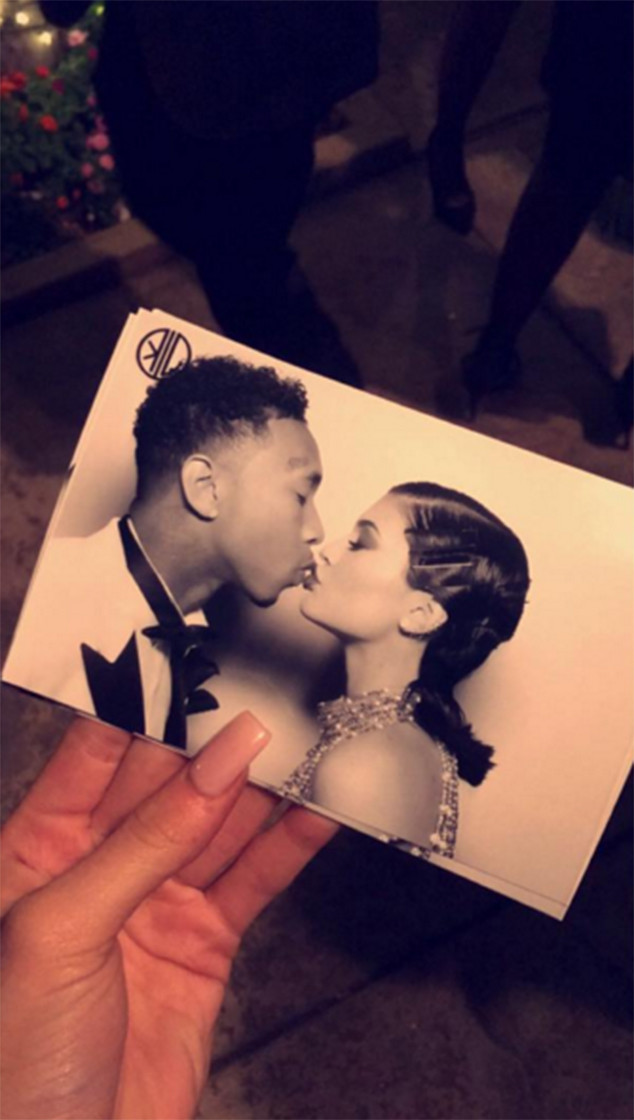 Nov. 16: Serious business! A source told us that Tyga, who's dad to 3-year-old son King with ex Blac Chyna, wants to marry Kylie "eventually," once she's "a bit older."

The insider added: "Tyga and Kylie are in a really great place in their relationship. They are really in love. Tyga would do anything for Kylie."

Nov. 17: Kylie touches down in Australia with sister Kendall Jenner to launch their Kendall + Kylie Collection for Forever New at a Sydney department store. Then it's off to Melbourne for more face time with some adoring fans.

Amazing. Can't get over you guys.

Nov. 18: Kylie posts a Snapchat of herself lip-syncing to Drake protégée Bryson Tiller's "Been That Way," which includes the lyrics: "She don't never want to see us go through round two / Cut her off that's what I'm doing now, you / Told me I should go out and do my thing / Damn right I do my thing."

Nov. 19: Kylie returns from Australia. Tyga hits the studio on what happens to be his 26th birthday, notable for the complete lack of acknowledgment on social media from Kylie. And we were dreaming up gift ideas and everything...

Tyga celebrates at The Nice Guy in West Hollywood for dinner with pals and then the party moves to 1OAK to close out the night without any Kardashians or Jenners making an appearance.

"Things got messy" over the past week, a source told E! News. Despite all the baggage from Tyga's past that Kylie's had to put up with over the past year, apparently Tyga was starting to get suspicious of Kylie's close relationship with Jaden Smith—a dear friend who was in her life for ages before she started hanging out with Tyga.

TMZ was hearing it was "something Tyga did," and whatever the cause of the rift, it was enough for Kylie to at least publicly ignore Tyga's birthday—which, in their world, is a major slight. 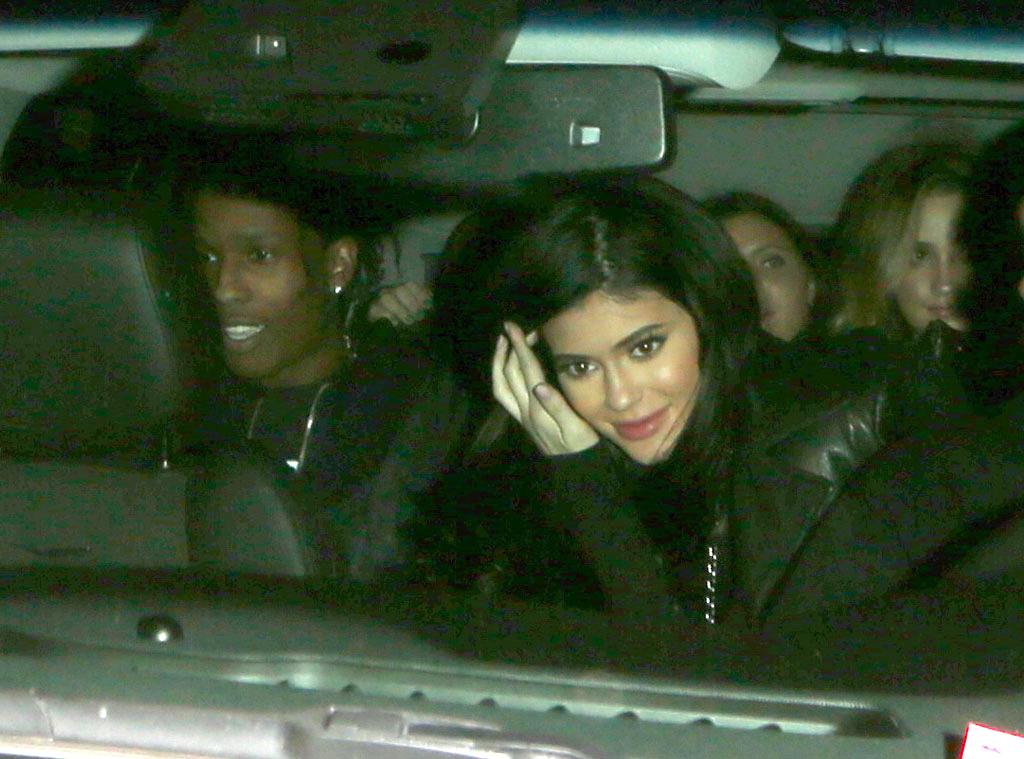 Nov. 20, later that night: It's Kylie's turn at The Nice Guy, where she appears to enjoy herself with Justin Bieber, A$AP Rocky and some other friends. Then she made a stop at Hyde and headed back home. The source also told us that day, "Kylie wants time to just be by herself and do her. Tyga is not giving up as that's his one and only lady."

Nov. 21: Kylie shares a Snapchat that appears to be of her and Tyga lounging closely together, with the meme text, "Everyone needs to chill."

OK, so someone doesn't seem too concerned about her roller-coaster relationship status. "This relationship is fluid. It's not a surprise seeing them together so soon," our insider observed.

Nov. 21, later that night: While Kylie is having a "#Friendsgiving" at home, with turkey and everything, Tyga attends Sean "Diddy" Combs' birthday party, as does Kourtney Kardashian, Kendall and Kris Jenner, and Corey Gamble. They weren't spotted interacting and there was no word of any skirmishes.

Nov. 22, later that night: Tyga joins Kylie at Scooter Braun's AMAs after-party. An eyewitness had them holding hands and staying close all night. 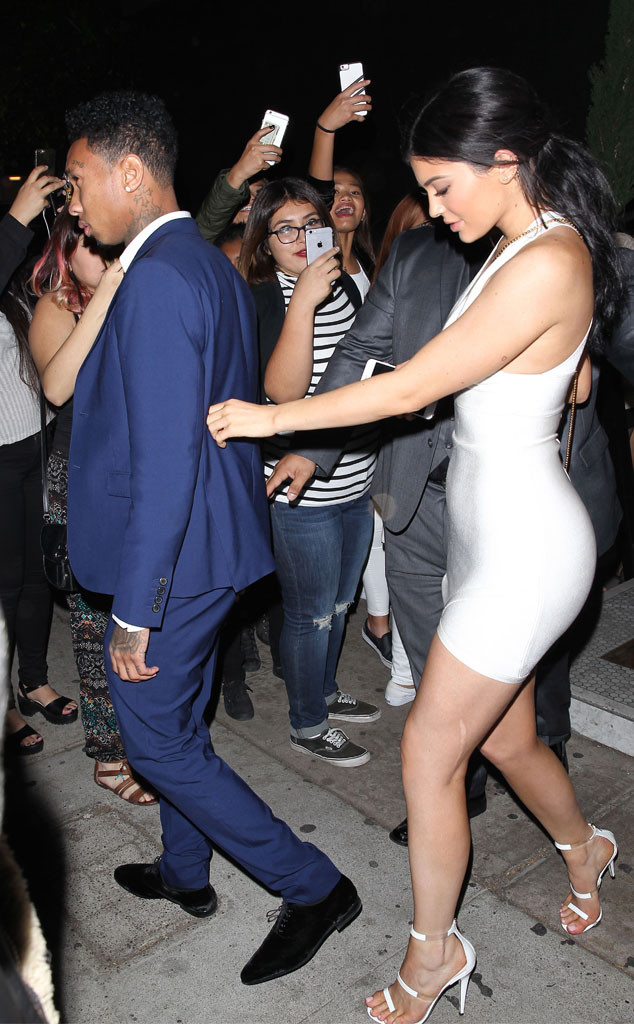 X17 catches up with them and asks Kylie whether she and Tyga are getting married, to which she deadpans, "Yes." (Translation: Could that question be more dumb.)

Nov. 23: Back on! We're hearing that neither of them wanted to be apart and, whatever triggered the break, they're trying to get past it.

"This is not the first time, or the last, that Kylie and Tyga will break up to make up," the source said.

So there you have it. There is nothing as emotionally exhausting as trying to keep up with a young celebrity couple. May Kylie and Tyga make no more sudden moves this holiday season.

Stay up to date on Kylie's whole fam with new episodes of Keeping Up With the Kardashians, Sundays at 9 p.m. on E!