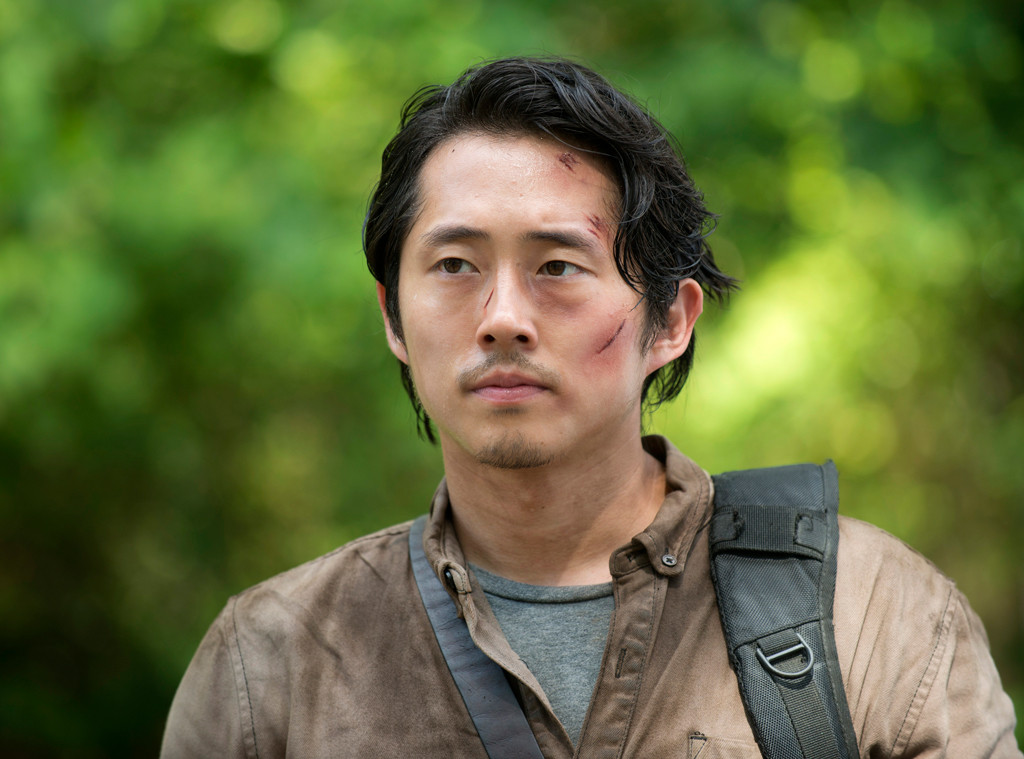 If you spent the last few weeks feeling "uncertain" about Glenn's fate on The Walking Dead, then good! That's exactly how you were supposed to feel, according to executive producer Scott M. Gimple.

Just an hour or two after the The Walking Dead finally revealed that thanks to a dead guy, a dumpster, and a rolling can, Glenn made it out of that walker horde alive and well enough, Gimple joined Steven Yeun as they checked in from Atlanta during tonight's Talking Dead, and explained the reasoning behind the month-long question of whether Glenn was alive or dead.

"When people leave the walls, they don't have cell phones," Gimple said. "They aren't rocking 80's beepers. You don't know what happens. You have no idea. When they leave that could be the last time you ever see them, and I think it was important to do a story this year about uncertainty and that the audience would share that uncertainty that the characters had like in episode five. Maggie didn't know what happened to Glenn, and I wanted the audience to be exactly where she was, to feel the exact same way."

While Gimple didn't address the other emotions we felt during the past few weeks of almost completely Glenn-free episodes, like anger, irritation, sadness, and impatience, we guess wanting us to feel the same way Maggie does makes some semblance of sense. Or it would make sense, if Maggie had also witnessed the gut-eating scene that was deliberately framed to look fatal but still vaguely survivable.

Gimple also could not promise that Glenn is now safe, saying "this is The Walking Dead, and things happen."

Could those "things" involve Glenn dying for real in a blaze of walker goo-covered glory in an attempt to save the rest of his friends and family? Probably not, but we'd be shocked if everyone makes it out of the midseason finale alive next week. 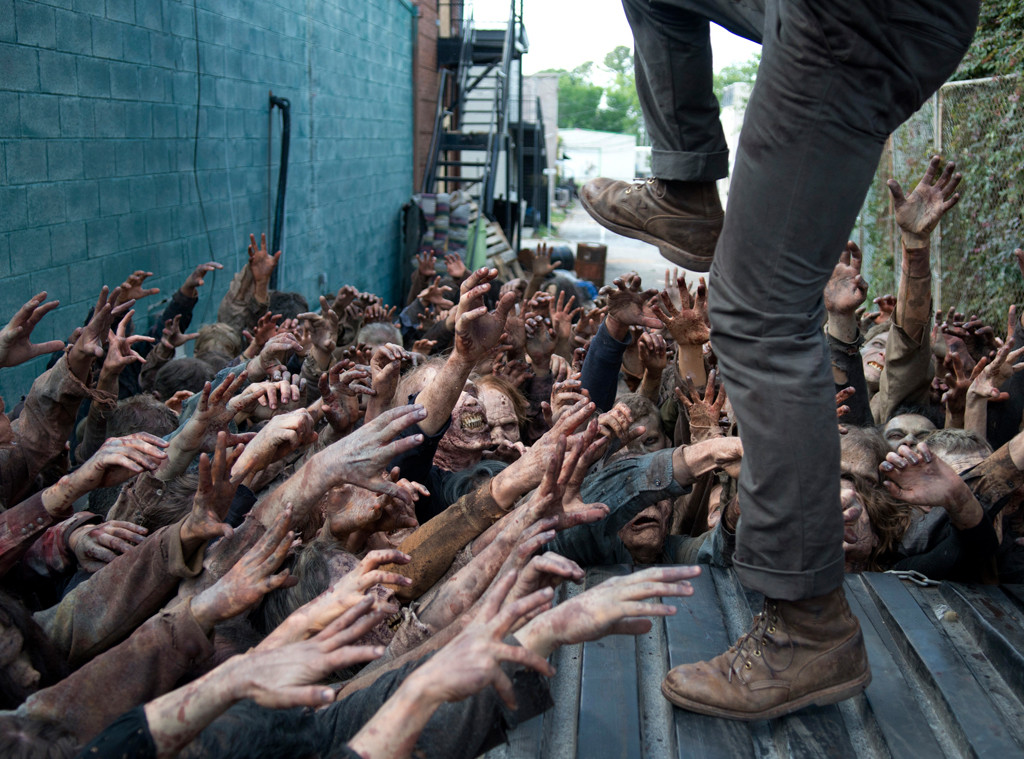 As for Steven Yeun, we do not envy the job he's had to do over the last few weeks.

He joked that his apartment has started to look like a hoarder's house due to all of the not going outside he's had to do in order to avoid talking to fans who just wanted to know if Glenn was OK or not.

According to a message that played during the commercial break of that show that airs between The Walking Dead and Talking Dead (It's Into the Badlands, and it's a perfectly fine show but this forced cross-promotion is irritating), Steven has been following everything we've all been saying in the weeks since Glenn first fell off that dumpster, and that all of our concern meant so much to him.

"I feel relieved. I feel very grateful. I feel so amazed at the response," he later told Chris Hardwick. "I feel bad that I couldn't say anything to everyone and family and friends. I'm pretty sure I lost some friends along the way. I mean it's kind of been overwhelming. I didn't really know how to take it all."

He also explained the significance of Glenn's survival.

"I think it proves that this world still can take that story of the good guy winning sometimes," he said. "I really like the fact that it's not this bent of always seeking out something miserable happening on television or something terrible and sulking on that and rather just really accepting the fact that sometimes good guys survive."

You and Glenn are the good guys, Steven Yeun, and we are glad you have survived (so far). We just wish that point didn't have to be made through unfair audience manipulation, and we hope that if Glenn does have to bite the bullet someday that he does it in a much more badass way.

CLICK: The cast of The Walking Dead gets very real about how the show has changed them

All that said, we will cede one point to Scott Gimple.

After Chris Hardwick asked how he felt about the online reaction to the big mystery of whether Glenn was alive or dead, Gimple explained that he wanted to give people something to talk about.

"I think it's wonderful," he said. "It is a dream come true to provide a collective experience, to provide something that was around when I was a kid, which is you could talk to a stranger about TV. I think that's been going on again. I think there's been a lot of conversations about this and that's been exciting. It makes the world just a little bit smaller."

The Walking Dead midseason finale airs next Sunday at 9 p.m. on AMC. 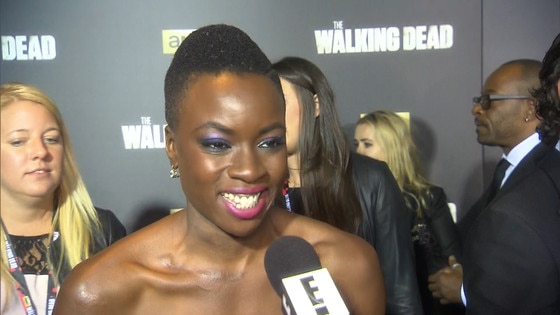 Now Playing
Up Next
How Have "The Walking Dead" Stars Changed?

TAGS/ The Walking Dead , TV , Watch With Kristin , Top Stories
GET POP CULTURED!
*Email entered incorrectly. Please try again.
By subscribing to our newsletter you agree to the Privacy Policy and Terms of Use
Daily
Weekly