Vicki Gunvalson's Love and Lies: A Timeline of the Real Housewives of Orange County Star's Hypocrisy on Romance 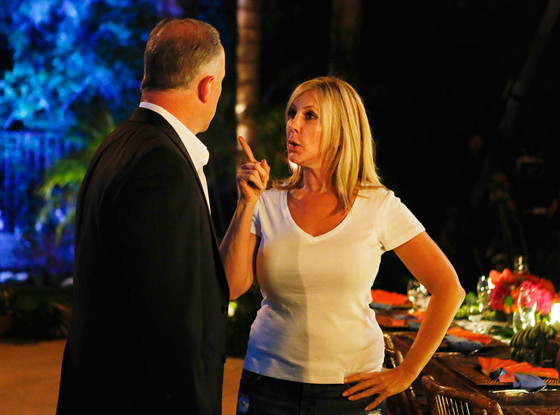 If there's two things Vicki Gunvalson always wants in her life, it's a man and a full love tank.

For the past 10 seasons, the Real Housewives of Orange County star has shared her love life with cameras giving viewers an inside look into her marriage with now ex-husband Donn Gunvalson and of course her controversial romance with Brooks Ayers.

Unfortunately, Ayers' decision to fabricate medical documents and lie about cancer has put the spotlight on Vicki even more. What did she really want in a man? Was she really blinded by love? How much did she really know?

We've decided to take an in-depth look at Vicki's love life, especially after Ayers entered the picture. Her inconsistencies, denials, excuses and actions when dealing with significant others may surprise you. 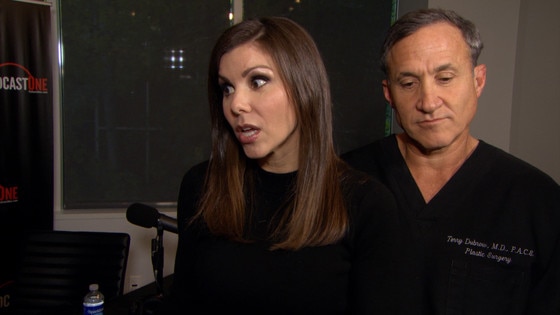 January 2010: RHOC airs Vicki and Donn's vow renewal at The Grace Bay Resort in Turks & Caicos. Vicki later blogs about how strong her marriage is. "When Donn read me the vows he wrote, I was so happy," she explained. "Hearing how he respects me and loves me is worth everything to me. He loves me for who I am and isn't looking for me to make changes to make him happy."

October 2010: Vicki filed for dissolution of marriage from Donn in Orange County Superior Court. It was quite the surprise for viewers especially after the vow renewal. "When we decided to stay together, we felt we needed to restart on a clean slate," Vicki shared on her blog.

June 2011: During the season six reunion of RHOC, Andy Cohen showed a pre-taped interview with Donn where he shared his side of the story. "I found out that Vicki filed for divorce when the process server showed up at my office," he explained. "From the get-go, the time I was asking Vicki to give me and our time together just didn't happen. Every evening, she was working late and her trips would become longer and she'd call less and less. It was typical Vicki--she orchestrated [the divorce], that's how she rolls."

He continued, "Vicki should feel bad she hurt me. What she did was not cool in anybody's eyes. A marriage and a man should be treated with dignity. I don't think how this went down was treated with class or dignity and I deserve both." 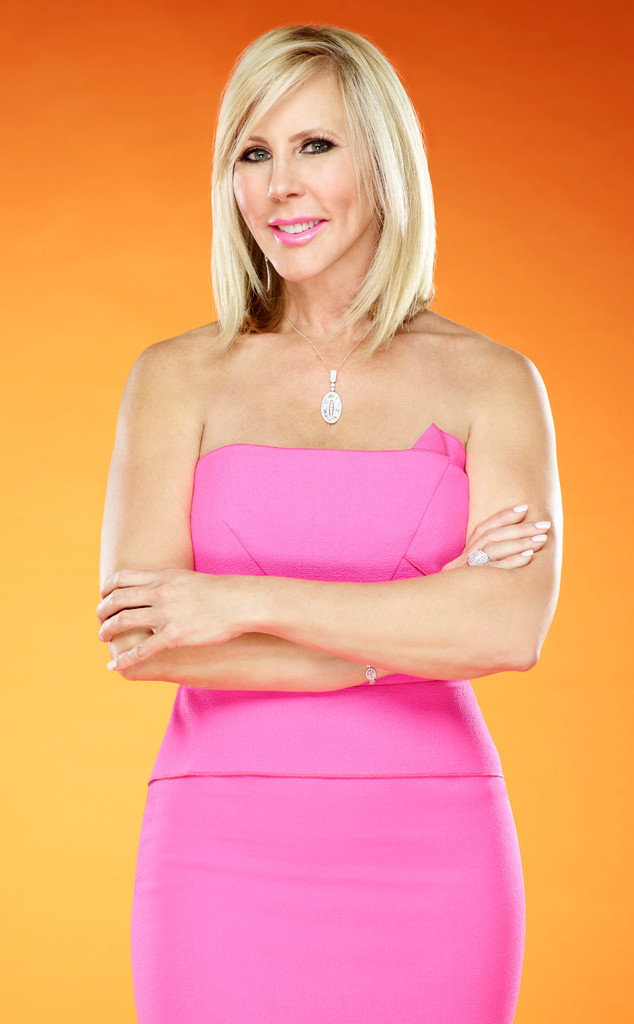 Feb. 7, 2012: In the season seven premiere, Vicki introduces her new man Brooks into the picture. In later episodes, however, her daughter makes it clear that she is not thrilled with mom's choice. "With all the s--t that's on the Internet about him. DUI, not taking care of his kids, 4 kids by 3 different women," Briana alleged. Vicki responded, "Shut up. You don't say that."

May 1, 2012: Vicki surprises Briana and her new husband Ryan by introducing them to Brooks. "I feel like I know you already," Brooks said in the totally awkward clip. "I think it's pretty interesting that two midwestern women came to California to find two Southern men. Interesting to me." From the expressions on Briana's face, she's less than thrilled. 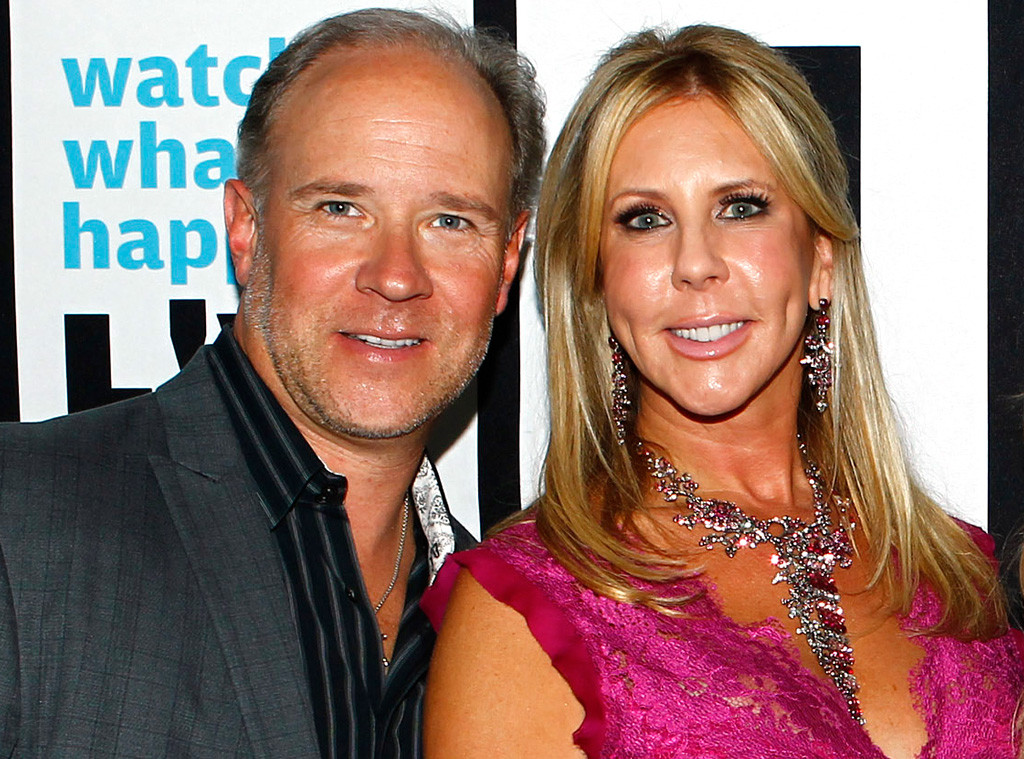 May 8, 2012:  In the first of many televised confrontations, Vicki and Briana immediately disagree over Brooks. "I'm just concerned that things are moving too fast too early. You're not even divorced yet…" Briana explained. "You've never been alone to discover what you want. I'm afraid that you're lonely."

July 16, 2012: Accusations run wild at the RHOC reunion show. Tamra Judge accussed Vicki of waking up next to a man naked in Cabo. Gretchen Rossi said Vicki emotionally cheated on Donn. Even Vicki's daughter brought up past stories that painted a negative picture.

When Andy asked why Briana thinks her mom emotionally cheated, she shared her reasoning. "He's been around for a long time. She'd go to the bathroom and [a text ] would pop up: Brooks Ayers, Happy Thanksgiving…I just want you to own it." 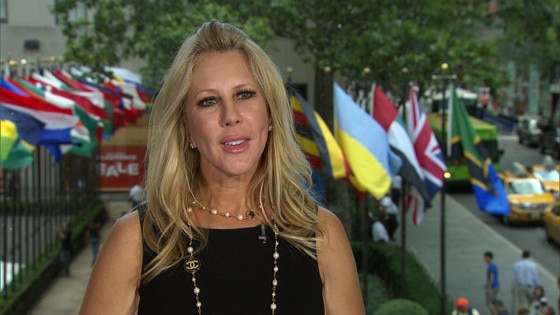 July 15, 2013: Vicki is more than ready to defend Brooks during an interview with E! News. "The ironic thing is we have a lot of friends that are total fans of us. It happens to be the castmembers who were questioning because they didn't get the time to meet him," she told us. "It's definitely important for everyone in my life to be in acceptance of who I'm with. I think he was dealt a bad card a little bit." Vicki's brother would later tell E! News that many family members never liked Brooks.

In response to Lauri's accusations, she replied: "I'm a monogamous one man woman." Past reunions, however, prove otherwise.

August 26, 2013: In the season eight reunion, Briana drops another serious allegation against Brooks. "You told my husband you had to start hitting Briana to get her to fall in line," Briana said. Brooks replied, "I'm sorry for that absolutely. I was drunk and angry and yes I said that." In a surprise turn of events, Brooks decided to break up with Vicki on the couch leaving her in tears.

April 14, 2014: Season 9 begins and Brooks and Vicki are back together again, even after Briana's stories. 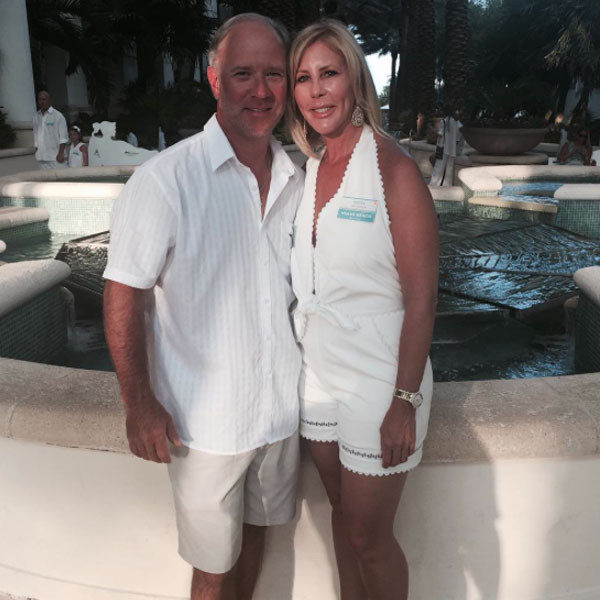 June 8, 2015: Vicki makes it clear in the season 10 premiere that Brooks is living with her, much to the dismay of Briana.

Aug. 16, 2015: After four years of dating on and off, the couple officially called it quits on Facebook. "After much prayer, thought, counseling, and consideration, we have decided to end our four year relationship," the statement partly read. "We both wish nothing but a great future for each other." Brooks later told E! News that he was the one to break things off.

Nov. 11, 2015: Vicki tells a Twitter follower that she will never "ever speak to him again." However, a source close to Vicki believes she's "absolutely still in love with Brooks. She talks about missing him. She's dating other people here and there, but she's not over Brooks."