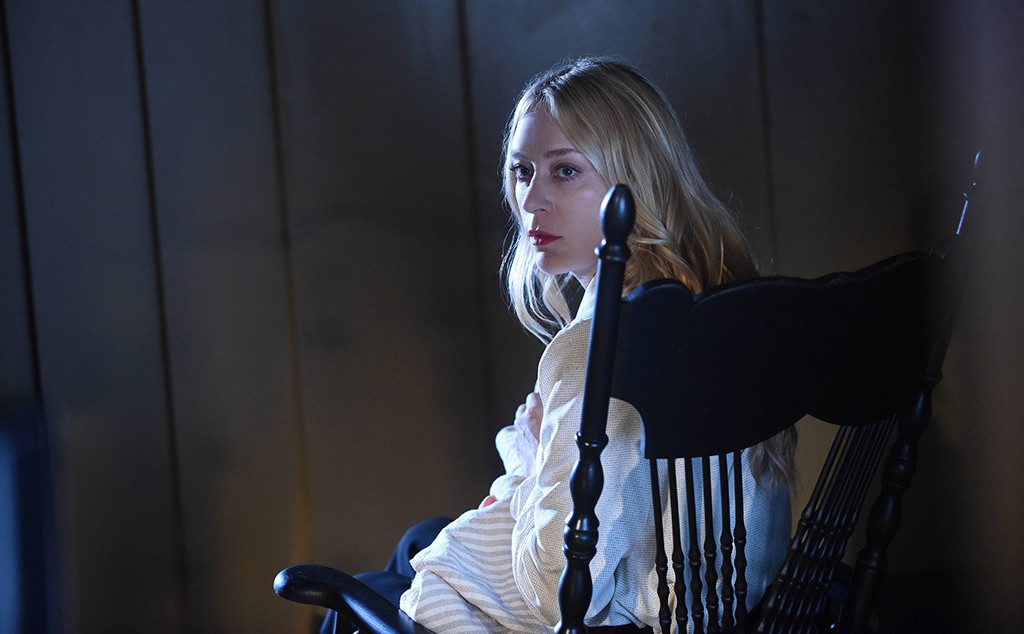 Well, there's another face we can never unsee. Thanks, American Horror Story!

Tonight's episode started off with the long-awaited return of season one's murder house, as The Countess (Lady Gaga), calling herself "Mrs. Johnson," flashed a big old baby bump, claimed to be only three weeks along, and solicited the services of season one abortionist, Dr. Charles Montgomery (Matt Ross).

What could possibly go wrong, right?

1. The Countess's Fetus Is Alive. And has been living for decades, missing half a face, and donning lots of teeth, in Hotel Cortez's Room 33. Though The Countess insists she can't really experience emotion, it seems that her poor aborted-but-alive son Bartholomew could very well the great love of her life everyone keeps referencing. (Much like Alex). Of course, when she finds out how Bartholomew got out, this cannot bode well for Ramona (Angela Bassett).

CLICK: Catch up with last week's biggest reveals and theories 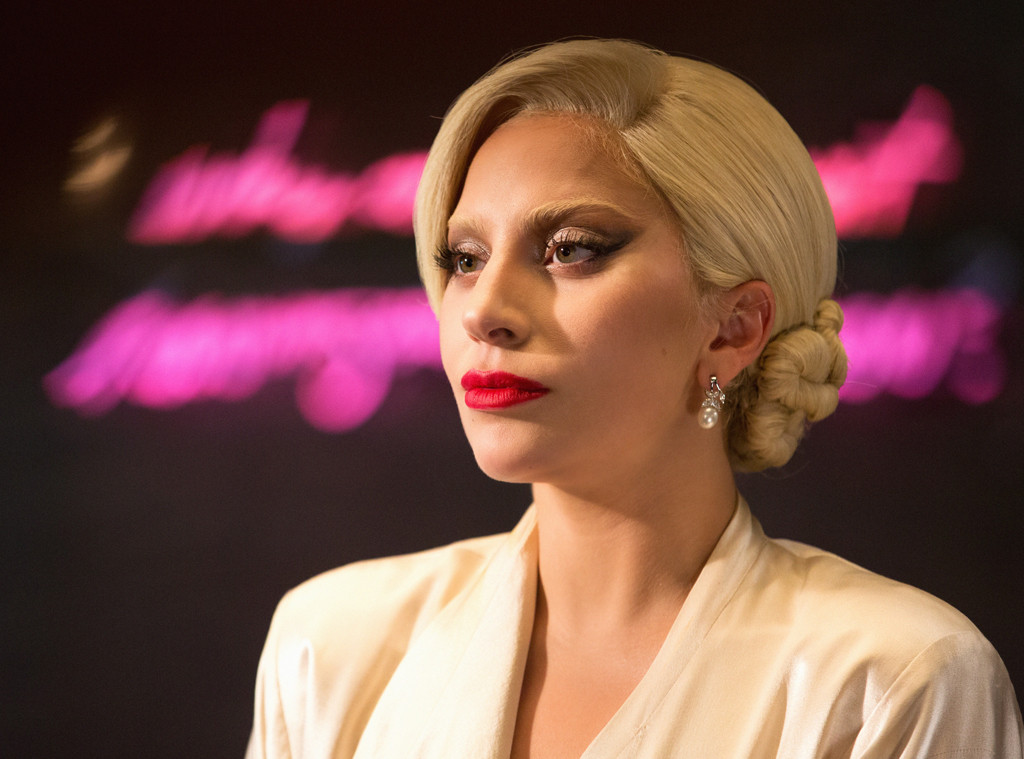 2. John Is On to Alex. Despite her best attempts to make him think he's losing his mind, he clearly is gaining it back because he finally did what any rational human being would: CHECK OUT OF THAT DAMN HOTEL. When John asked Alex if she was going back to the hotel and she tried to say she wasn't, his knowing "Oh, you're still going to play that game" and the door slam was perfect. Now just make sure Scarlet is OK, mm-kay?

3. Poor Liz. Kudos to the writing in this episode for having us all suddenly shipping the strangest and most beautiful couple this season—Tristan (Finn Wittrock), the dumb rock-model and Liz (Denis O'Hare), the transgender confidante and basically the best human ever on this show. Of course, it didn't end well and now poor Liz is devastated. Leaving us to wonder…Why is Liz the only living person left working at Hotel Cortez? And can this be the year that O'Hare wins an Emmy?

CLICK: American Horror Story has been renewed for season 6! Will Gaga be back? 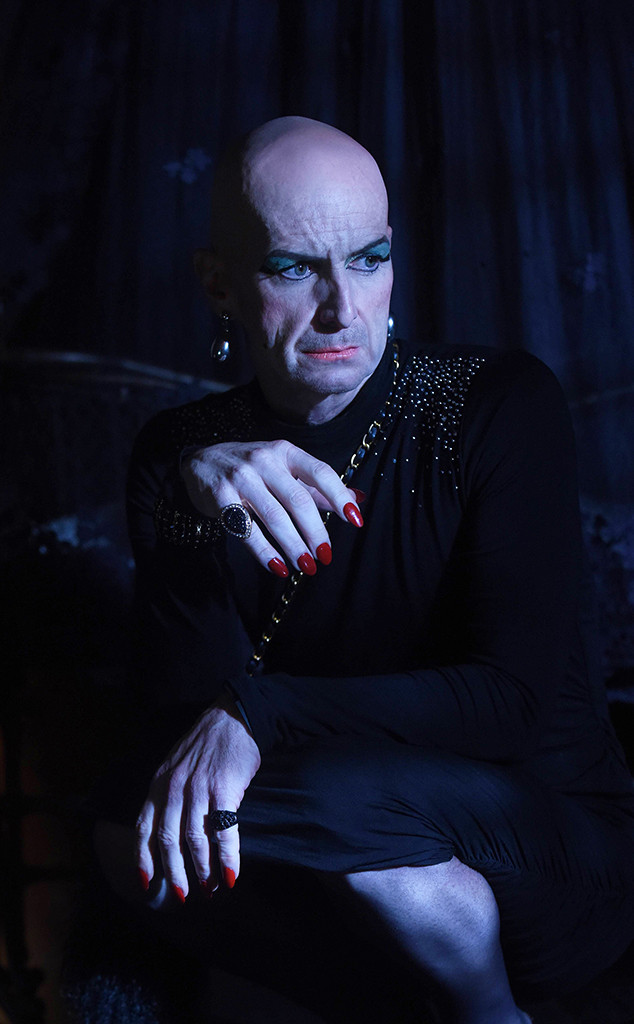 1. Bartholomew Is the Antichrist. You do remember that other baby born out of season one's murder house, right? The living twin from Connie Britton's character who went on to be raised by Jessica Lange and was most certainly the Antichrist? Well, clearly, Bartholomew, who presumably didn't die because a) he would have been stuck in the Murder House forever and b) his mother The Countess (and therefore he) had an ancient blood virus) has some…issues. Could he be the root of all evil at Hotel Cortez? Especially if he is the son of Mr. James March (the husband The Countess referenced as "not knowing" she was pregnant?)

2. The Mattress People Are Stuck. Like the poor German models, who kept wandering the hallways, we have to assume that any bodies that don't look quite so…presentable have to be sewn into the mattresses to keep them away from wandering the hallways. "Until you find a purpose, you'll both be stuck in an unbreakable chain repeating yourselves over and over again," as Donovan put it. "It's the power of the hotel. You can lose your compass. Your sense of yourself, of anything. But there are those who've broken out of that cycle." Most of them, it seems, became The Countess's lover. Is that the only way out?

What did you think of tonight's AHS and any fun theories to share? Hit me up on Twitter @kristindsantos. 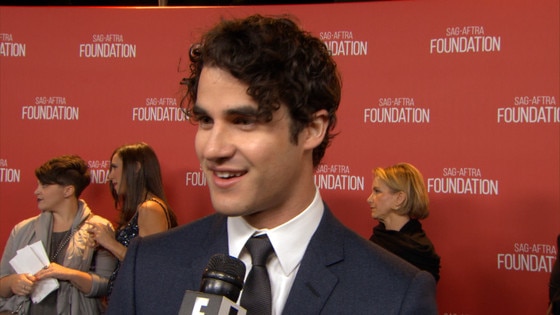 TAGS/ American Horror Story , Watch With Kristin , TV , Top Stories
GET POP CULTURED!
*Email entered incorrectly. Please try again.
By subscribing to our newsletter you agree to the Privacy Policy and Terms of Use
Daily
Weekly