Balmain for H&M's Collection Is Completely Sold Out Just Hours After Launching, Twitter Is Not Happy 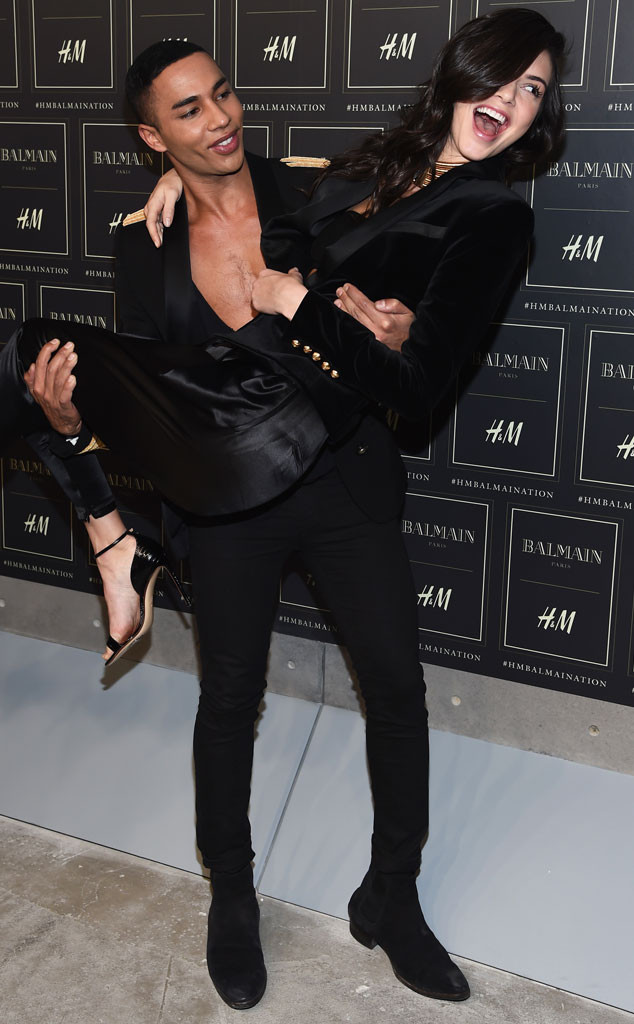 After teasing high fashion fans since May, Olivier Rousteing's labor-of-love Balmain for H&M collection has finally landed in stores—and on the same day, is effectively out of stores. That's right, mere hours (and in some cases minutes) after hitting the shelves at H&M's retailer's across the globe and being made available for purchase online, the entire men's and women's line is gone, save one single item (a basic ribbed white bandeau top, yours for $25 if you act fast).

But whew—in the short time span the collection was available, there was a novel's worth of drama.

Early adopters of this designer capsule collection were certainly peeved this morning, as a massive influx of enthusiastic online shoppers caused H&M's website to crashed almost instantly after the collection first went up for sale at 8 a.m. EST due to massive traffic volumes.

READ: Balmain for H&M's look book has arrived—See every item from the collection! 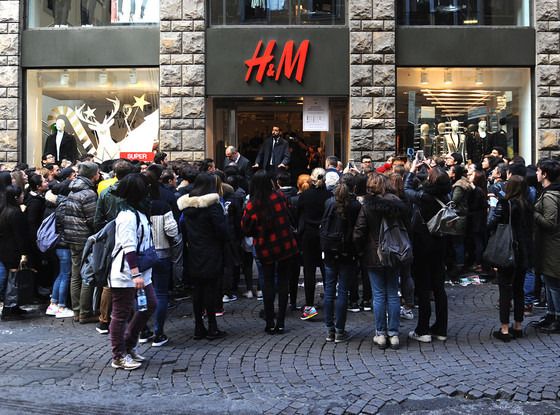 And while many a Balmain fanatic was freaking out over their laptops, even more shoppers were going ballistic in stores. There were literal stampedes, people. Shoppers reportedly camped outside certain H&M locations for days before the collection dropped, many of whom were turned away once the stores had been striped clean of any and all Balmain-fingerprinted items.

For those who were lucky enough to score items from the collection (and those who tried to get the clothes to no avail, there were some strong feelings. So of course, the next step was for everyone to vent their frustration vehement anger on Twitter.

H & M Balman, did anyone get anything? I didn't even bother pic.twitter.com/yxVLpoPafj

Hundreds of people waited in the rain outside H&M in @AtlanticStation this morning for a Balmain collection launch. pic.twitter.com/cyqEj7FvzO

40 minutes of refreshing/reloading for the Balmain X H&M collection and absolutely nothing.

Giving up on HM and #HMBALMAINATION. The beaded jacket is all sold out, the phone lines cant issue purchases and the site is a mess.

Maybe next time spend less money on the parties and more on your IT department? #HMBALMAINATION

People selling H&M Balmain pieces on eBay for quadruple the price... You may as well just go and buy real Balmain 😂😂😂😂

LA, I salute you. 6 minutes into the #balmainxhm shopping event and there's 1 thing left.

Jus Rode Past H&M its Tooooo Lit!!!! Line around the block for that Balmain smh pic.twitter.com/K5yTHMdGB2

If you're among the pack of Balmain for H&M fans who didn't get to shop the collection, you've got two options now: Head on over to eBay, where plenty of items have already popped up for auction, or perhaps try to get #restockH&MBalmain trending.

TAGS/ Fashion , Style , Shopping , Top Stories
GET POP CULTURED!
*Email entered incorrectly. Please try again.
By subscribing to our newsletter you agree to the Privacy Policy and Terms of Use
Daily
Weekly