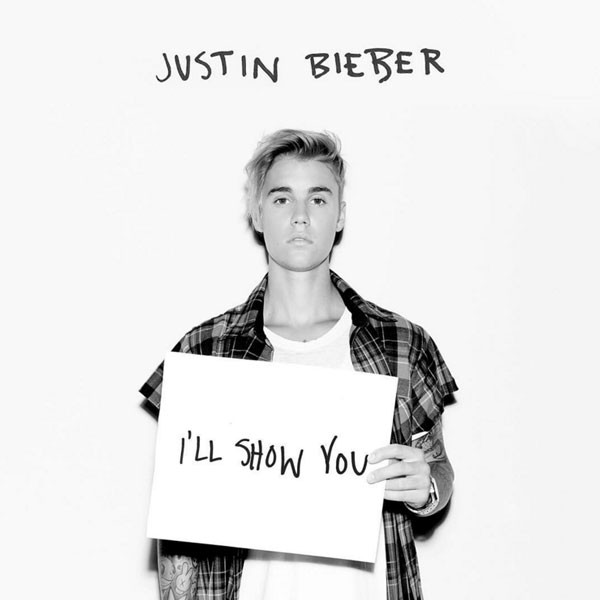 UPDATE: Justin Bieber released the full-length music video for his emotional third single, "I'll Show You." Watch it below.

Justin Bieber continues to release new music off of his forthcoming album, Purpose, and each song is better than the last.

The Biebs dropped "I'll Show You" featuring Skrillex late Sunday night, and it has all the same vibes as their initial collaboration, "Where Are Ü Now," but takes it down a notch in terms of pace. He has been teasing the track's release all weekend, even dropping artwork and a snippet from the music video. In the clip, Bieber is seen skateboarding (obviously) in the middle of a gorgeous landscape.

"There's one thing I know for sure / I'll show you," he sings in the snippet.

But now with the full track available for streaming, Beliebers (and everyone else who decided this album could be great) can take a better listen at the emotional lyrics in the song. Similar to "Sorry," the lyrics to "I'll Show You" have an expository message with an apologetic undertone.

"My life is a movie / And everyone's watching / So let's get to the good part / And pass all the nonsense," Bieber sings with an emotional sound.

Bieber promises he'll "show you" he's better than what the media makes of him give his past antics. He croons about "doing the right thing" but seeing as he's still having public meltdowns, the jury's still out on that promise.

The "What Do You Mean?" singer isn't only opening up in his music; he's also taking to Instagram and other platforms to explain his side of the story.

"Sadly it's Been a rough week for me, long days no sleep, while having to be 'on' as they would say for cameras fans etc. In no way did I mean to come across mean, but chose to end the show as the people in the front row would not listen," he explained last week. "Hopefully people will understand where I am coming from. I don't always handle things the right way but I'm human and I'm working on getting better at responding not reacting. Unfortunately people were affected by this as am I. For the people in the back I am so sorry and for anyone I may have disappointed im sorry."

Don't think we overlooked your casual reference to two of your recent singles, "Sorry" and "I'll Show You," Justin! Despite this album seeming like the cherry on top of his apologetic sundae, the Biebs has assured "Sorry" was his final act to seek atonement.

"It's kind of the stamp in the end of the apologies that I'm giving to people, to the media," Justin told Kent "Smallzy" Small on the Smallzy's Surgery radio show. "There needs to come a time where they're just like, 'We get it.' And I think putting out a song saying I'm sorry kinda puts the finishing icing on the cake. I'm ready to just move on."

TAGS/ Justin Bieber , Music , Top Stories
GET POP CULTURED!
*Email entered incorrectly. Please try again.
By subscribing to our newsletter you agree to the Privacy Policy and Terms of Use
Daily
Weekly