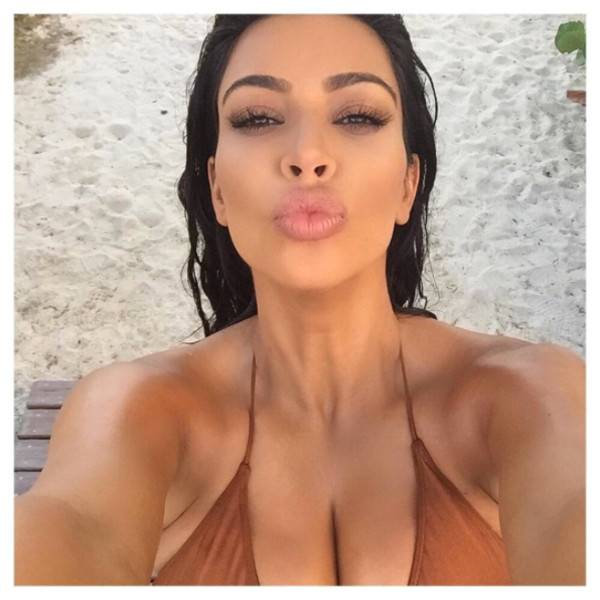 If there's one thing we've learned from Kim Kardashian, it's that every year holds the possibility for major change.

And Kim, who will celebrate her 35th birthday tomorrow, has come such a long way from just a few short years ago. Not only does she now have the family she always wanted, her second child with soul-mate hubby Kanye West due by Christmas, but she just seems to be more comfortable in her skin, more mature and set in her ways and far less likely to tolerate anything that messes with the life she's determinedly carved out for herself.

Sounds like a pretty swell place to be in at 35.

But in addition to the major #lifegoals, we've picked up all sorts of little tips from Kim over the years, from how to hide from the paparazzi to which mall treat is really the best to when to crank up the tough love on our siblings. And don't even get us started on the selfie skills...

And so in honor of her mini-milestone b-day this year, her are 35 life lessons we've learned from grown-up Kim Kardashian:

35. Clean Out the Closet: Stay organized and if it doesn't suit you anymore, toss it!

34. The Paparazzi Duck: You'd think she'd have a more suave way of avoiding the shutterbugs, but sometimes all you can do is slouch in the car like a teenage girl who's spying on her ex.

33. Sample the Local Cuisine: And pass that sense of adventure onto your daughter! It's never too early to develop a child's palate.

32. Wear Your Seatbelt, Duh: Presumably Kim learned her lesson after she went belt-less in the car with Khloe Kardashian and Kylie Jennerand they skidded on a patch of ice.

31. Pregnant Bodies Are Beautiful: Kim's hardly the first to prove it, but she's brought the lessons taught by Demi Moore and other stunning mothers into the Instagram age. 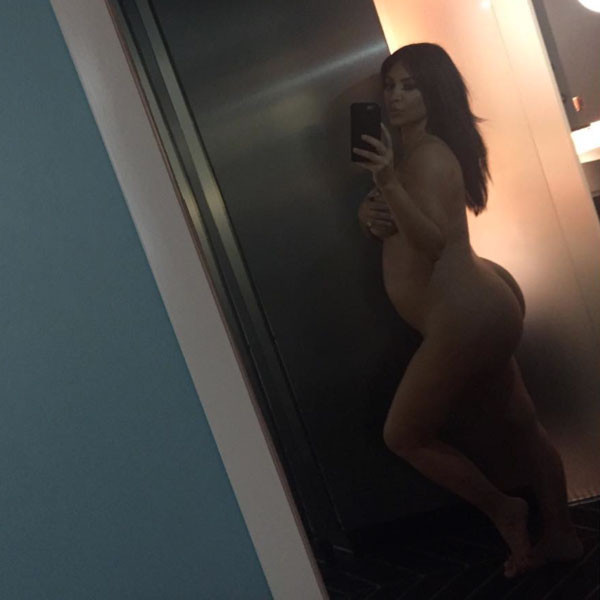 30. Chrissy Teigen's Probably Up to Something: You'd best assume that Mrs. John Legend is doing something hilarious behind you when you're sitting in front of her at the Grammys. 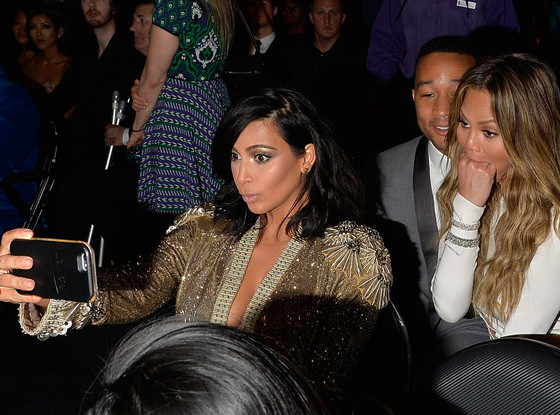 29. Keep Clicking Till You Get It Right: Why get all gussied up for dinner if you're not going to get a decent pic out of it? If the first one isn't a winner, snap, snap again!

28. But There Are Times When You Don't Ask for a Retake: Despite being the consummate pro, Kim didn't exactly nail it when she had a moment with Hillary Clinton. But that's OK, half a face plus Hillary is still one for the books. 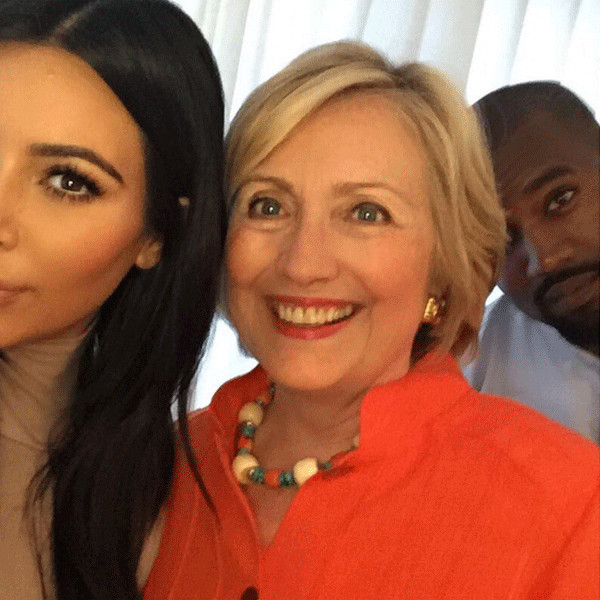 27. Help Your Mom, Even if You Feel Like a Sausage: Kim hadn't reached her post-pregnancy weight-loss goal yet, but she sucked it up and taped a congratulatory message for Kris Jenner's talk show.

26. Save the Tattoos for When You're Legal: Which is what Kim was quick to remind Kendall Jenner when she turned 16.

25. Don't Worry if You Renege on Your Style Resolutions: Did you remember that Kim once promised to wear...

24. When in Doubt, Wear Black: Why stop wearing what works!? 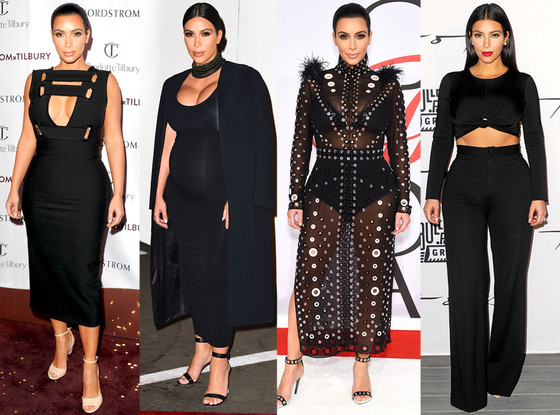 23. Remember Where You Came From: Kim and Khloe were thrilled to be able to realize their dad's dream of his girls seeing their ancestral homeland of Armenia.

22. Don't Really Throw Your Nephew in the Snow

21. Not Everyone's Going to Win the Spelling Bee: Kim recalls having an "angle" vs. "angel" issue while playing Pictionary with another famous family...

20. How to Have Family-Friendly Fun: The answer to the charades question is never...

18. Frozen Yogurt Really Is the Universal Treat: And even when you're spending quality time with your little sister, sometimes a girl has her priorities.

17. There Comes a Time in Every Woman's Life When You Stop Worrying About Your Butt: But until then...

PHOTOS: Keeping up with Kimye

16. Don't Draw Too Far Outside the Lines: When Kylie Jenner first got lip fillers, Kim pointed out what not to do in the liner department.

15. Pay Attention to Detail: No skimping when it comes to designing the website devoted to you.

14. Don't Show Up for a Big Interview Unprepared: Kim made sure Kylie was ready for the inevitable questions about her lips when she sat down with Teen Vogue.

13. Know When to Close the Cookie Jar: And your blazer...

12. At a Certain Age, You Need Your Own Space: Kim doesn't know how she survived living with Kanye and North in a guest room at her mom's house for a year and a half...and neither do we!

11. Don't Hold Back on the Style Advice: Yes, even if no one asked.

10. If You've Got It, Why the Hell Not: The Internet did not break, for the record, but Kim's bare-bum and full-frontal photo shoot for Paper magazine just cemented the fact that she is in love with her bod and fears no Twitter trolls! 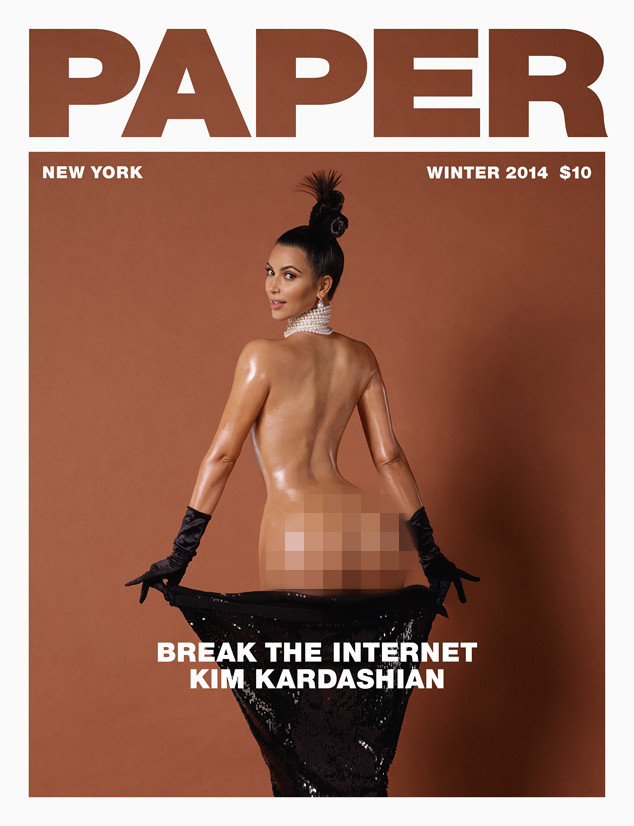 9. You Can Be a Sexy Mom: As for the backlash, with people snidely wondering in response to the Paper shoot, "Aren't you a mom?"...

8. It's Tough to Wait for the Best Part of a Toast: Khloé thanking Kim for organizing their family vacay was good. Scott Disick thanking her for their careers was better.

7. It's Good to Keep Smiling in Tough Times: All Kim could do was try to laugh it off when her fertility issues persisted.

6. It's Never Too Late to Get in Touch With Your Spiritual Side: When she and Khloe Kardashian visited Israel, Kim had certain goals.

5. Don't Suffer Being Lied To: There just aren't enough hours in the day to have to figure out whether someone's being honest with you or not.

4. Tough Love Is Necessary Sometimes: Breakups suck, and Kim spoke from experience when she told Kourtney Kardashian this summer, "Everyone has to realize what's not good for them and move in the right direction of having a positive life."

3. Never Give Up: Kim and Kanye never threw in the towel when they wanted another baby, and sure enough, the "sex 500 times a day" paid off... 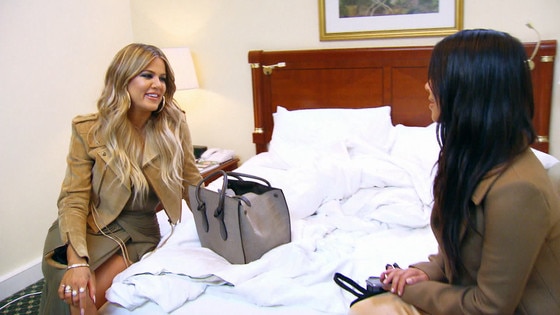 2. Never Settle: Kim had plenty of relationships and, even when she was a little late on the draw, she never gave up on finding the one. And now she's got it all. 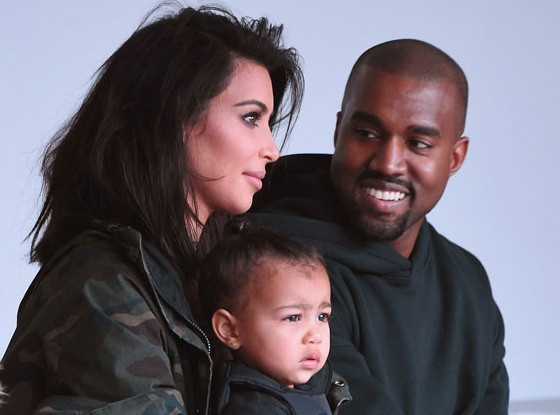 1. Family Is Everything: And that has been something that, for Kim, has never changed.

Don't miss the Nov. 15 season premiere of Keeping Up With the Kardashians at 9 p.m. on E!