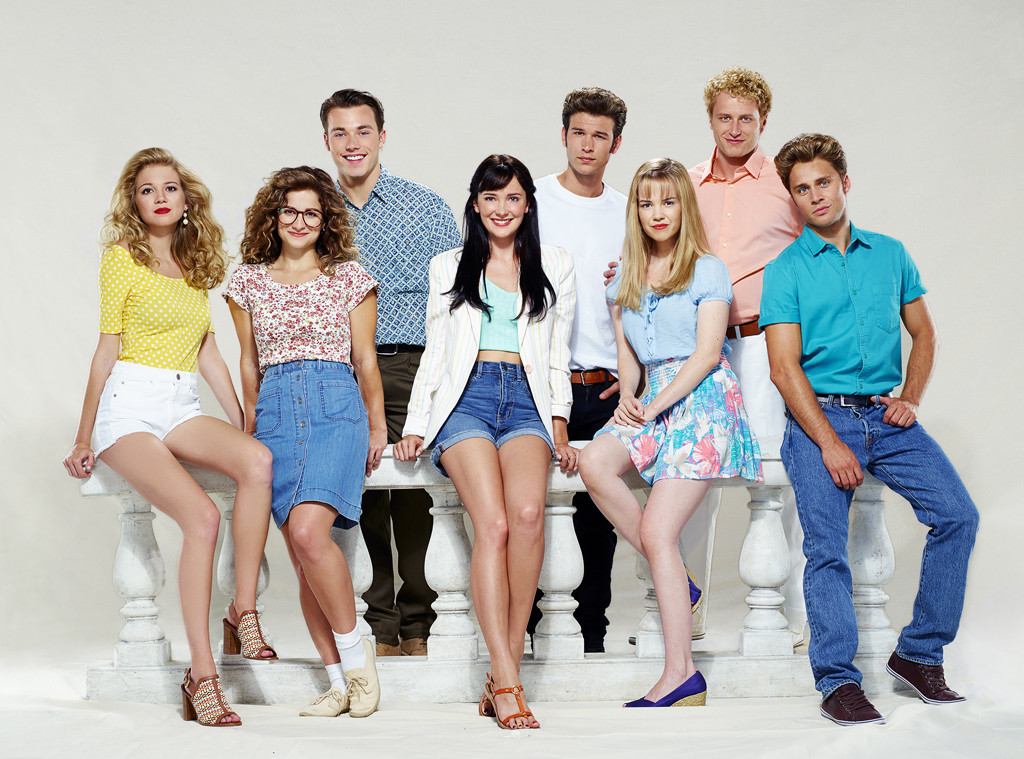 Oh, Aaron Spelling, you didn't deserve this. And on the eve of the Beverly Hills, 90210's 25th anniversary, no less.

Lifetime's latest attempt at destroying our TV nostalgia, The Unauthorized Beverly Hills, 90210 Story, aired tonight and, well, it left plenty to be desired. Sure, after the network's lackluster Saved By the Bell and Full House flicks, it's become a "fool me once, shame on you" situation, but we still went into tonight with some slight expectations. Sue us.

Let us count the ways Lifetime's tell-all failed to tell us anything we'd never heard before.

1. For a show that ran for an entire decade, nearly half of Lifetime's story focused on the series' first season, rushing through seasons two through four in the second half and completely ignoring anything that might have happened once Shannen Doherty left the series. Seriously, Lifetime? There wasn't anything worth showing us in those extra FIVE YEARS?

2. Dan Castellaneta is a TV legend as the voice of Homer Simpson. But his Aaron Spelling impression felt like a cartoon every time he was on screen. By the end, it felt like some weird joke.

3. Apparently, all Brian Austin Green did backstage was dance because that's all poor Ross Linton was given to do when he in a scene. Yeah, David Silver danced a lot on the original series, but there was nothing else going on in Green's life to show us?

4. Luke Perry walked into his audition for Dylan McKay still buttoning the shirt he borrowed from his construction site co-worker before driving over to the Fox lot. OK, sure. Whatever you say.

6. What was the deal with all the weird inside jokes? Then-Fox chairman Barry Diller says "Would it kill Fox to get a news division?" in 1990 as the Gulf War breaks out. Jason Preistley references a car that can reach 180 mph in 1991. (In 2002, the actor was seriously injured when his Indy Pro Series car crashed into a wall at nearly 180 mph.) And apparently, in 1994, Ian Ziering had his first vision of a Sharknado. Seriously, the film has him say to Doherty: "You're acting crazy. You're out of control. You're like a shark. You're like a tornado. You're like a mixture between a shark and a tornado."

7. Did Lifetime really think no one knew Doherty had issues on set during her tenure? The film focuses almost solely on rehashing a story that almost everyone alive in the '90s knows nearly every beat of.

8. Doherty's final words as she drive away from set for the last time? "Party hardy." We're not kidding. (But is this movie?)

9. Tiffani-Amber Thiessen apparently believed the 90210 set would be "way more chill" than Saved By the Bell. Um, had she not been paying attention to the 90210 media coverage the movie showed us?

10. Where was any reference of Melrose Place? The cast of 90210 was in the early episodes of their spin-off and Lifetime is airing the unauthorized story in just a week, but according to this movie, it didn't even exist. Neither did original character Scott Scanlon (RIP, Scott) or Brandon and Brenda's parents, Jim and Cindy.

What do you have to say for yourself, Lifetime?

CLICK: We ranked all of Beverly Hills, 90210's best couples!

TAGS/ Beverly Hills, 90210 , Lifetime , Watch With Kristin , TV , Top Stories
GET POP CULTURED!
*Email entered incorrectly. Please try again.
By subscribing to our newsletter you agree to the Privacy Policy and Terms of Use
Daily
Weekly