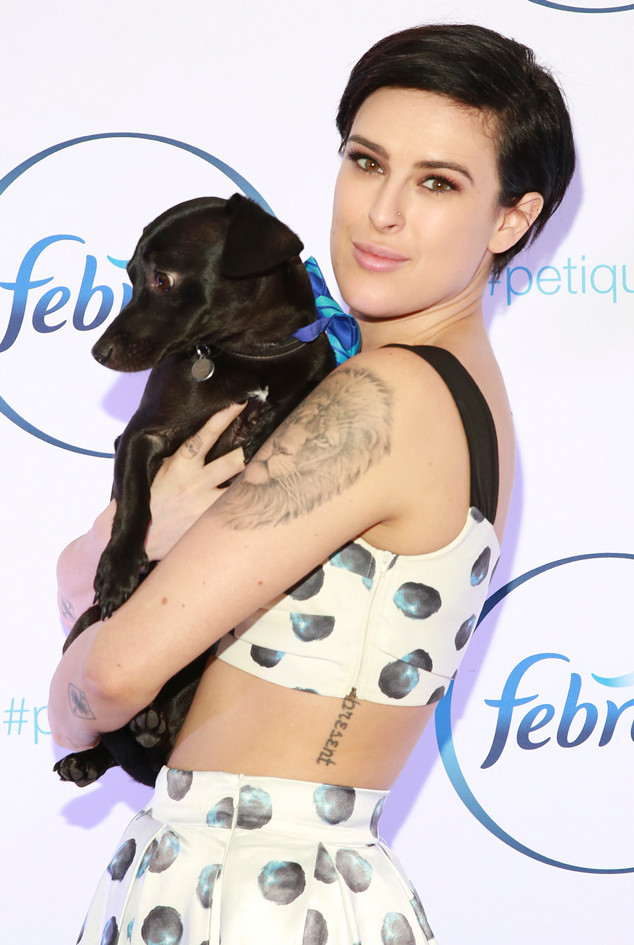 Even though Rumer Willis absolutely dominated on Dancing With the Stars and has since landed the iconic role of Roxie Hart in Chicago, a part of Bruce Willis' daughter still misses the dance floor of the hit ABC show.

"For me, I wish I was still dancing and learning. It's so much fun and I wish I could have done an entire new season just so I could keep learning all the different dances," she told E! News exclusively at the Febreze School of #PETiquette event in New York City. "It's so incredible. I feel like I have this new toy and I want to keep taking classes and keep learning."

Rumer had a very special guest during the event...her pet pooch Delilah! The actress and her adorable furry friend posed on the red carpet at the Febreze School of #PETiquette event.

Despite missing the competitive dancing week after week, Rumer has moved on to Broadway, a place that she always imagined she would wind up when she was younger. Acting in such a high-pressure role, Rumer couldn't have been happier to see her whole family sitting in the audience on opening night. 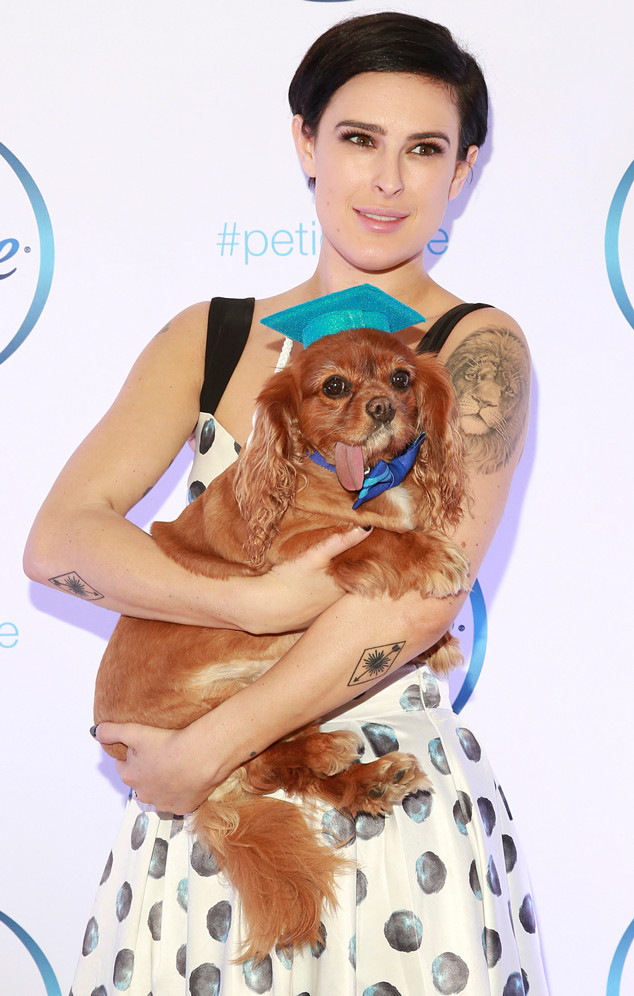 "It was so wonderful. I mean, they're amazing and they're so supportive of me," she said of her family's presence. "I think that they know this has been a dream of mine—to be on Broadway since I was a little kid. So it was amazing not just for me, but for them to see me do something I've wanted to do for so long."

Her family has always been onhand to support her, as they also made an appearance during her DWTS debut. All that dancing definitely helped the 27-year-old star, as she has used a lot of what she learned onstage.

"I've been lucky enough to work with director Walter Bobbie and Ann Reinking, and she came in and kind of re-choreographed some of the numbers and I was able to add a lot of the stuff that I learned on Dancing with the Stars," she explained.

"We put a lot of lifts in there, there are some tango moves in there. It was incredible because she was able to put in what's very much my own version and use me much more as a dancer."

WATCH: Is Rumer Willis going to try country music next?

Rumer isn't the only Willis family member taking to the bright lights in the big city—Bruce is, too! He's starring in Misery, so with both Rumer and Bruce living in NYC for a while, they're getting to spend a lot more time together than usual.

"Honestly, I'm so excited," she gushed to us. "He's based here and I'm in L.A., so I don't get a chance to come and visit with him and my baby sisters that much. So I'm just excited for the opportunity to hang out with them."

She continued, "But we're both going to be very busy. It's very cool, though, to share an experience where we're both doing something for the first time."

As for who she's rooting for on this season of DWTS: "Obviously, I'm slightly biased towards Val [Chmerkovskiy] and Tamar [Braxton]. Always. I really like Alex Skarlatos, I think he's fantastic," she said.

"I feel like he's such a dark horse, but he's been completely flawless in every performance he's done."

As someone who went through the intense training of the show, Rumer knows how tough it can be, so she weighed in on Kim Zolciak-Biermann's health scare and wished her all the best.

"Going from zero to sixty and doing a show like that is definitely a lot," she said. "I can't imagine having jobs and kids, too. Obviously, I send my best wishes."

PHOTOS: Stars on stage: Broadway and beyond

TAGS/ Rumer Willis , Broadway , Dancing With The Stars , Top Stories , Only on E!
GET POP CULTURED!
*Email entered incorrectly. Please try again.
By subscribing to our newsletter you agree to the Privacy Policy and Terms of Use
Daily
Weekly