UPDATE: Sean Penn is pulling the lawsuit after he and Lee Daniels came to a settlement that included an apology and a charitable donation to help those in Haiti.

"I am so sorry that I have hurt you, Sean, and I apologize and retract my reckless statements about you," says Daniels now in a statement that ends the lawsuit. "How thoughtless of me. You are someone I consider a friend, a brilliant actor and true Hollywood legend and humanitarian," Daniels said in a statement to The Hollywood Reporter. "I too have been the subject of false attacks by others, like those made here. My most important role is as a father, and it is important to me that my children learn that it is wrong to reference gossip as fact, as I did here. That can be very damaging and hurtful Domestic violence is a very serious issue. My comments were cavalier; it was not my intention to diminish the severity of the issue, but rather to express a view regarding the disparate treatment of men of color in our national conversation. I apologize again for the distress that this has caused you and your family."

In the interview, Daniels discusses Terrence Howard's recent legal troubles surrounding the domestic violence lawsuit with his ex-wife Michelle Ghent. He says, "[Terrence] ain't done nothing different than Marlon Brando or Sean Penn, and all of a sudden he's some f--kin' demon. That's a sign of the time, of race, of where we are right now in America."

According to the lawsuit, Penn finds this statement entirely "reckless, false and defamatory" considering Howard has "reportedly, and publicly, admitted to physically abusing at least one woman and reportedly been arrested approximately five times for violent acts against women."

Second, per the lawsuit, Penn believes Daniels' "improper invocation of two of the greatest actors and humanitarians of our time" (Brando and Penn) is simply part of a "misguided campaign to profit and further bolster his show Empire."

Finally, and most problematic, according to Penn's complaint, "Daniels falsely equates Penn with Howard, even though, while he has certainly had several brushes with the law, Penn (unlike Howard) has never been arrested much less convicted, for domestic violence, as his ex-wives (including Madonna) would confirm and attest."

Mathew Rosengart, former federal prosecutor and attorney for Penn, tells E! News, "Sean has been subjected to false, baseless, and reckless attacks for years, and this is only the most recent example."

However, the actor refuses to allow this any longer. The lawsuit states, "Penn, like any citizen, has the right to defend himself and will no longer tolerate the reckless and malicious behaviors of others who see to aggrandize themselves on their projects at his expense."

Thus, he is seeking damages in the amount of no less than $10 million. 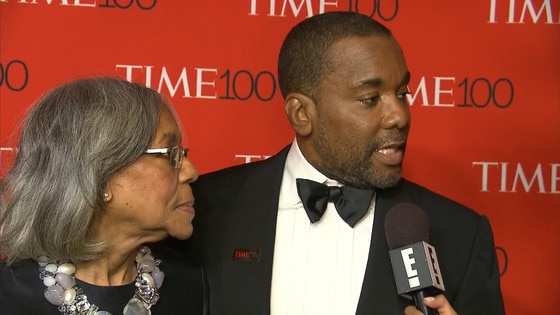