The Duggars: Where Are They Now, After Josh Duggar's Scandals? Get Updates on Him, Anna, Jill and Jessa 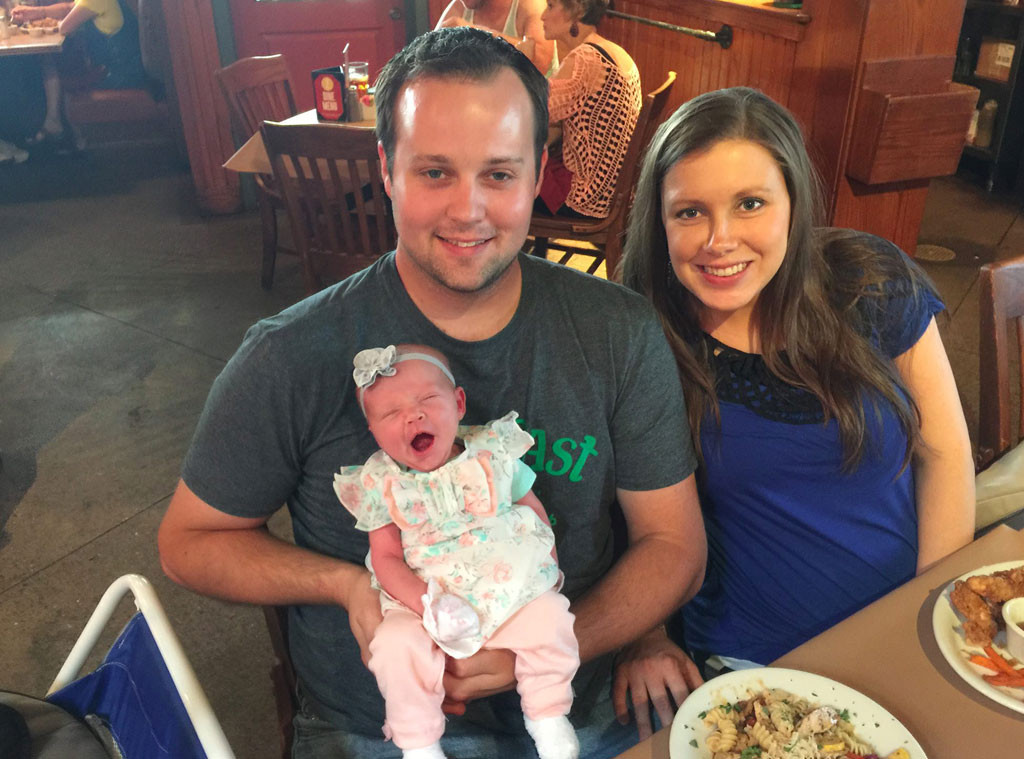 It's been three weeks since it was revealed Josh Duggar checked himself into a faith-based rehab after admitting to cheating on wife Anna Duggar and having a pornography addiction.

And it's been even longer since it was revealed he had molested five underage girls as a teen, including younger sisters Jill Duggar and Jessa Duggar, a scandal that prompted TLC to cancel the Arkansas family's hit reality show, 19 Kids and Counting.

While Jill and Jessa have been active on social media, Josh and Anna, both 27, have been MIA for about a month. Anna and their four children made an appearance at cousin Amy Duggar's wedding last week, as did Josh's parents and siblings.

"He is still in rehab," a source told E! News exclusively. "And Anna is still by his side supporting him."

Despite pleas from her own brother to leave Josh, Anna is relying on encouragement from family members to remain committed to her marriage, the source said.

"She isn't in Arkansas," the source told E! News. "She is getting support from her family. She is staying with her mom."

Meanwhile, Jill, 24, husband Derick Dillard, 24, and their baby son Israel recently returned home after going on a Christian mission in Central America. On Saturday, Dillard shared a pic of the three dressed as pirates for Talk Like a Pirate Day.

We just met Olivia and Dan and were able to share a box of our free donuts with them. #PirateDay

"They are home for a while before they go back on a new mission," a source told E! News. "They are doing training and preparation for the next missionary trip. They are looking to do full time missionary work."

Jill has been in good spirits, while the topic of Josh was "the big elephant in the air," the source said.

"People came up and gave them and the baby a warm welcome," the source added. "They are moving on with their lives. They are out and about in the community. They look very happy and a little tan. They came to church with the baby. He looked adorable."

And Jill currently has reason to celebrate—she recently got certified as a professional midwife.

Posted by A Mommy's Butterfly Midwifery on Friday, September 18, 2015

"I am so proud of her for her diligence, perseverance, and hard work to see this long road through to its end and reaching her goal of becoming a CPM," her husband wrote on their blog on Friday.

Jessa, 22, congratulated her sister, posting on her Instagram page a pic of Jill and her husband and son alongside a celebratory sign on a house door.

PHOTOS: Amy Duggar's wedding: Get details and see pics of the bride in her dress, plus guests

Jessa is currently about eight months pregnant.  She and husband Ben Seewald, 20, are expecting their first child, who will be the sixth grandchild of her parents Jim Bob Duggar, 50, and Michelle Duggar, who celebrated her 49th birthday last week. Her kids filmed video greetings for her, which were posted on the Duggar family website.

"You're always pointing us to Jesus and I know that's your rock, in tough times," Jessa says. "I love you so much and I look up to you."

Happy Birthday Momma! You're the best mom anyone could dream of! I'm so thankful for your constant encouragement, wise advice and sweet spirit. You're my hero and I love you TONS! ?? See birthday wishes from more of my fam: http://duggarfamily.com/

As a result of the cancellation of 19 Kids and Counting, Jessa is the first member of the family not to have her pregnancy documented on TV. She has, however, kept her fans up-to-date with Instagram photos.

They have not revealed the baby's sex and have asked fans to make their guesses on their website. 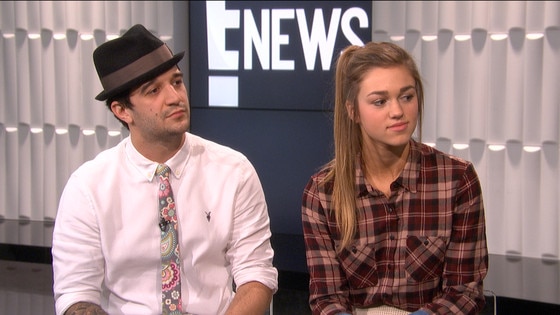 Now Playing
Up Next
Sadie Robertson Reacts to Duggar Comparison