These Celebrity Apologies Are Getting Out of Control! Maybe Donald Trump at Least Has the Right Idea... 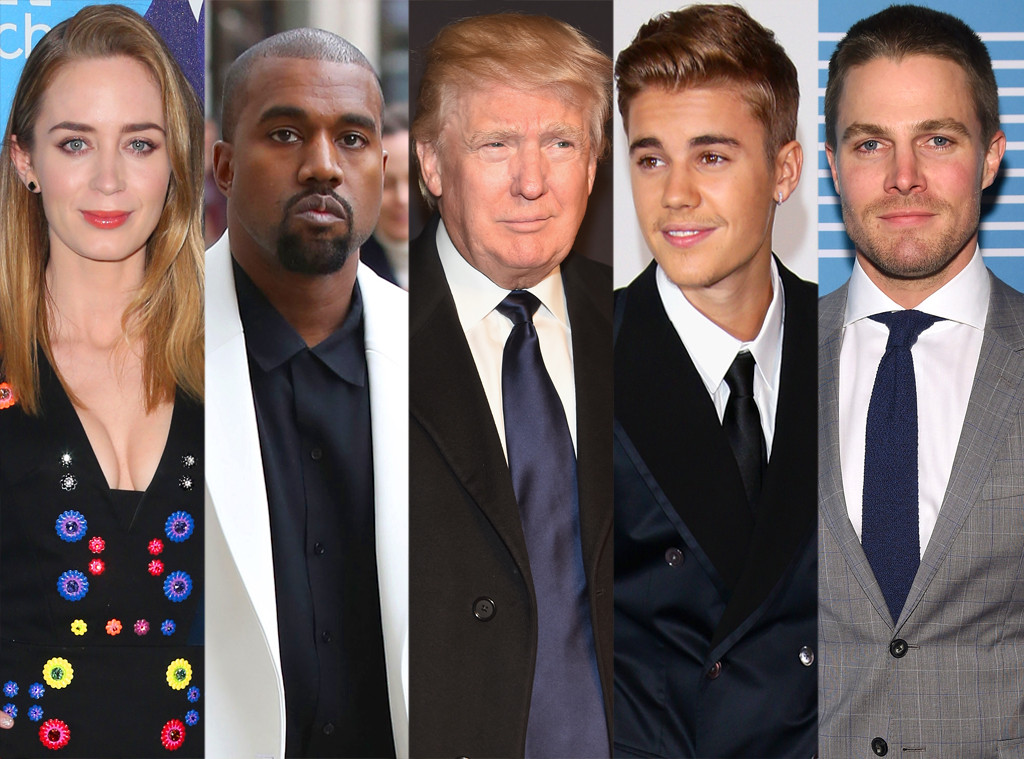 Wait, so now Emily Blunt is supposed to be sorry?!

The British actress was on Today this morning apologizing for what was so obviously a joke that... We can't.

We just can't anymore. And her surprising (we'll get to that) mea culpa comes just hours after Arrow star Stephen Amell said he'd "go away for a bit" after offending thousands of his closest strangers with some tweets pointing out that it's not particularly fair to stereotype Texas as a racial-and-ethnic-profiling hotbed in the wake of ninth-grade genius Ahmed Mohamed's preposterous arrest for taking a clock to school.

OK, maybe he picked the wrong cause to use as a chance to plant the state flag (he's Canadian but his wife is from the Lone Star State), but also...so what?! He hung with the folks who were ripping him a new one for a while, tweeting at one point, "5. Anywho, I'm not apologizing or deleting the tweets. If you're outraged at an opinion it's because you're bored."

But ultimately the outrage beat him down, and he tweeted at 4:59 p.m. PT yesterday, "Didn't mean to offend anyone. Truthfully. Was simply suggesting that two wrongs don't make a right. I'll go away for a bit now. SA."

Nooooooooooo. (But don't worry, he's already back, tweeting about his daughter.)

James Corden said just what we were thinking (but perfectly, and with his adorable accent) on The Late, Late Show last night, talking about Facebook looking into adding a "dislike" button: "I, for one, am very excited that finally, finally people will have the ability to be negative on the Internet."

Could that be more spot-on, especially now—right this instant, in fact—when these celebrity apologies are really getting out of control? It seems that every day, someone has to admit they spoke too soon, or didn't mean to offend or is sorry for a 140-characters-or-less one-off that is in no way more offensive or more ignorant than the next 100 comments on the same subject.

Sure, it would be great if famous people could say the perfect thing every time, so as to save us from disappointment. But we're starting to suspect that it's not disappointment doing the tweeting. It's sheer delight at having stumbled upon a gotcha! moment.

While people (famous or otherwise) shouldn't be surprised that that by willingly sharing their opinions—which, by definition, are not to be equated with facts—on social media, they're opening themselves up to come-what-may from the twitterverse.

But people also need to calm the f--k down.

It's one thing when famous attention-getters, be they more reliant on visuals like Kim Kardashian, Kendall Jenner, Chrissy Teigen and Miley Cyrusor more cerebral tweeters such as J.K. Rowling and Anna Kendrick, are subjected to rather horrendous comments every time they post anything on social media. They're choosing to share and, while 75 percent of people may think you're fierce, there will always be 25 percent who hate everything you do and stand for.

While Blunt's joke, in which she humorously recalled watching the first Republican primary debate and wondering just what sort of circus she was joining by becoming a U.S. citizen, was made to The Hollywood Reporter, it's the social media backlash that turned it into a thing. It's not as if the Saturday Evening Post was getting angry letters-to-the-editor all week and ultimately decided we had an international incident on our hands. No, Fox News got a hold of the quote and Steve Doocy on Fox & Friends cracked that she had "Dixie Chicked herself."

So Blunt was compelled to go on Today Thursday and apologize because a bunch of nitwits who couldn't handle that a British woman—who is maybe one of the last people on earth who should make anyone else feel threatened—made a couple of jokes about Americans? A British woman who's now legally an American, no less?!

It's madness! And that brings us to Donald Trump.

He's said all sorts of bad things. Offensive things. Wrong things. Icky things. Things that it's quite possible he barely believes himself. Some of them things that do merit apologies, to entire swaths of people.

But he doesn't apologize. He wouldn't even apologize last night during the second GOP debate (which should really now have Emily Blunt rethinking her life choices) when Jeb Bush called him out for once making a nasty comment about his wife, who was sitting just feet away. He didn't apologize to Carly Fiorina, or to Megyn Kelly, or to Rosie O'Donnell. We'd like to ask Ivanka Trump whether her dad has ever apologized to her for something said over the years, as so many dads are disinclined to do. Sigh, it's just the way they were raised... 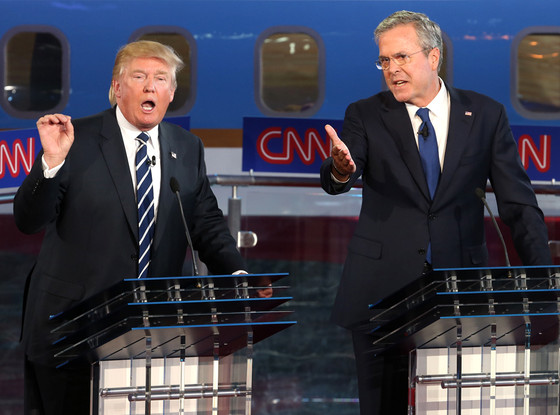 Trump can't use his there's-no-time-for-political-correctness excuse forever, nor should the truth nugget in that statement give him a free pass to say anything. Nor will it, ultimately, when this presidential race really gets running.

But we have to admit, he's at least proved that not apologizing for everything won't turn people who were previously with you against you. (*Here's how to do that.) We highly doubt that those who were the nastiest to Stephen Amell on Twitter are devout Arrow fans. Or that those bitching about Emily Blunt were lamenting how utterly delightful she was in Into the Wood but "look who's the wicked witch now."

Of course, we are in no way saying that apologies in general aren't necessary. People get wronged; terrible, unfair things are said; damage is done. In which case, go for it. Admit you were wrong, speak up, don't be shy. Take responsibility, be accountable!

But make sure the right person gets the message. Justin Bieber was compelled to apologize to the world for being, what, a dumb young pop star? You're forgiven, it didn't hurt "us" in the least, just make sure your parents got the memo. Taylor Swift obviously deserved an apology from Kanye West, but did Kanye need to publicly apologize? For providing one of the most memorable moments in VMAs history? He did so, but it's obvious to this day that he thinks he was completely in the right. And look—Taylor and he are buddies now! 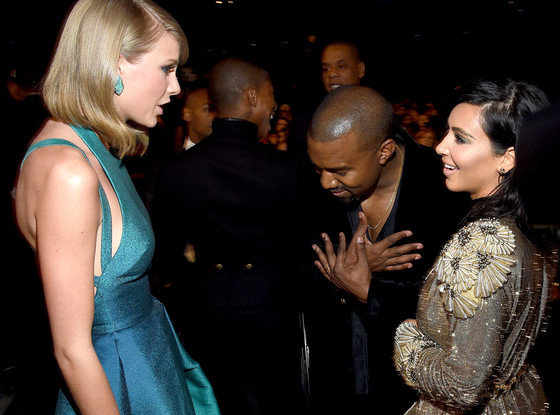 Brooke Shields deserved an apology from Tom Cruise when he went off the rails in an interview and criticized her for taking medication to alleviate postpartum depression. And she got one—in private. Those were the days.

But that happened in 2006, when Twitter was brand new and not the tool for widespread insta-backlash that it is now. If he had said that yesterday, social media would have burned him in effigy, and this would be the result: #BoycottTomCruise or #BoycottMI5. A public apology would have likely been forthcoming. (However, Cruise appears to be in the Trump camp of having unflagging belief in one's self, so...maybe not.)

Like having Facebook on your birthday vs. the rest of the year, the positive still might outweigh the negative with regard to what Twitter hath wrought on society, because when the forum is used for good it's an unbeatable resource; but it has also turned into a dumping ground for everyone's misplaced outrage. Was everyone always this angry and judgmental, or did simply giving people a place to be noticed encourage them to rise to the occasion?

Chicken or egg? Social media or insufferable heaviness of being?

Thank you for your service, tireless patriots who had to go to sound the alarm against big, bad Brit Emily Blunt for zinging "Americans," but we're pretty sure the nation would have persevered even if you had refrained from weighing in.

PHOTOS: Most controversial VMAs moments ever 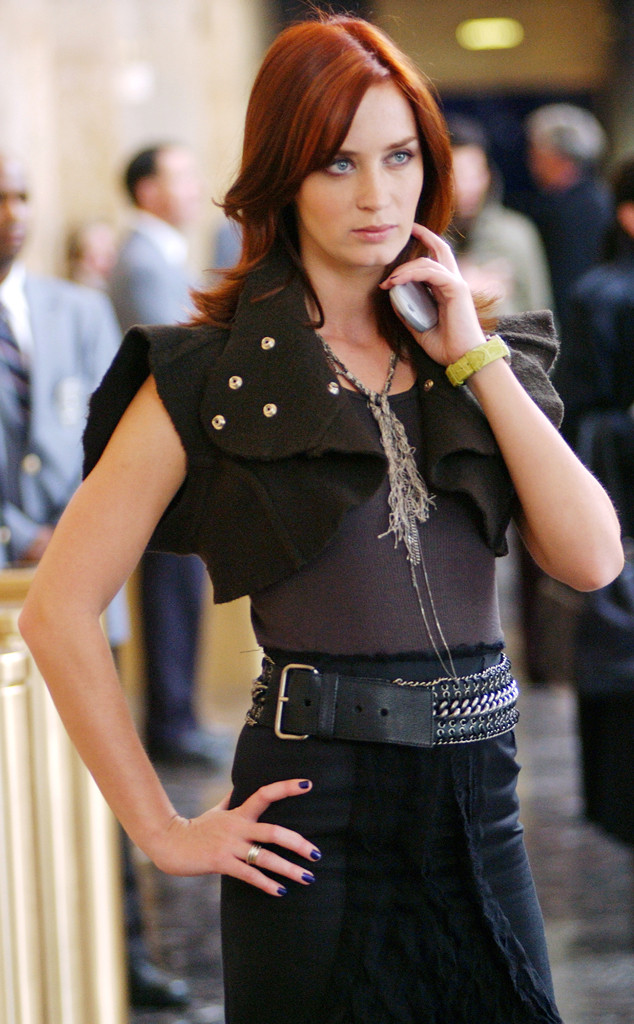 Because more and more, it seems as if the people doing all the public apologizing are the ones who are doing the least damage to our society. Celebrities are easy targets for outrage because, well...they're there. But were the British really coming for you? Is Stephen Amell the one who's contributing to a more insular and suspicious society? And it's not just actors and musicians. Jerry Seinfeld has said he won't play college campuses anymore because they're "so P.C." and—kids today!—they can't take a joke. Since when is it the parents making their kids look stodgy?

And is anyone less offensive in the stand-up comedy world than Seinfeld? Yet who can blame him for wanting to preempt the inevitable cry for an apology that would have started—you guessed it—on Twitter.

This world's got issues that may yet be partially solved on Twitter, when it's used to mobilize, organize and spread hope. But social media isn't doing anyone any good when it just becomes another reminder of how much people can suck.

Everybody's got opinions, and if you want to contribute to a world in which people are too afraid to say anything, let alone speak their minds, using what was supposed to be a virtual welcome mat for dialogue of all sorts...

Keep demanding apologies from people who did nothing to you, will never do anything to you, and who, really, should be the least of your worries.