Inside Taylor Swift's Star-Studded 1989 World Tour: How She's Getting All Those Celebs (Like Julia Roberts) On Stage! 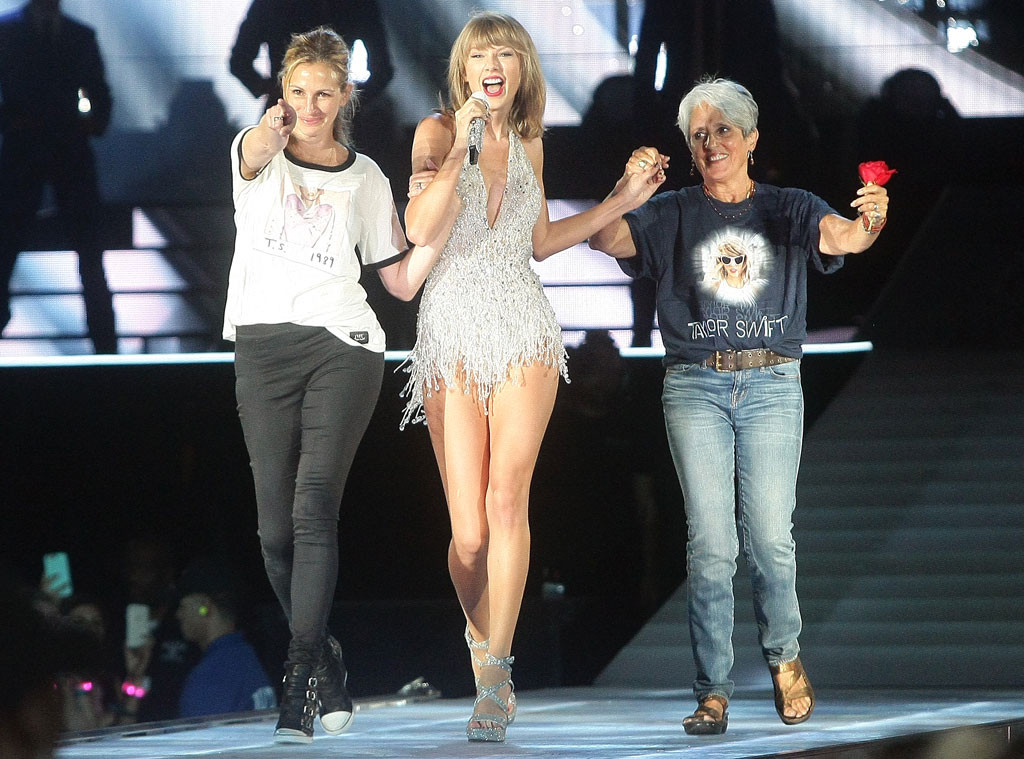 True story: Taylor Swift is friends with most of the other famous people in the world. And those she hasn't charmed the bespoke socks off of yet are presumably just waiting for their invitations to join her squad.

But while she's been known for having special guests join her on stage throughout her touring career, the "Style" singer has really upped her celeb-cameo game on this 1989 World Tour, welcoming fellow music mega-stars, championship athletes, supermodels and even an Oscar winner to the party.

Sure, she's only gotten increasingly famous since she first struck out on her Fearless Tour (and, mindblower alert, Katy Perry and John Mayer were among her guests), but surely other forces have been at work to make each night a veritable grab-bag of who's who! 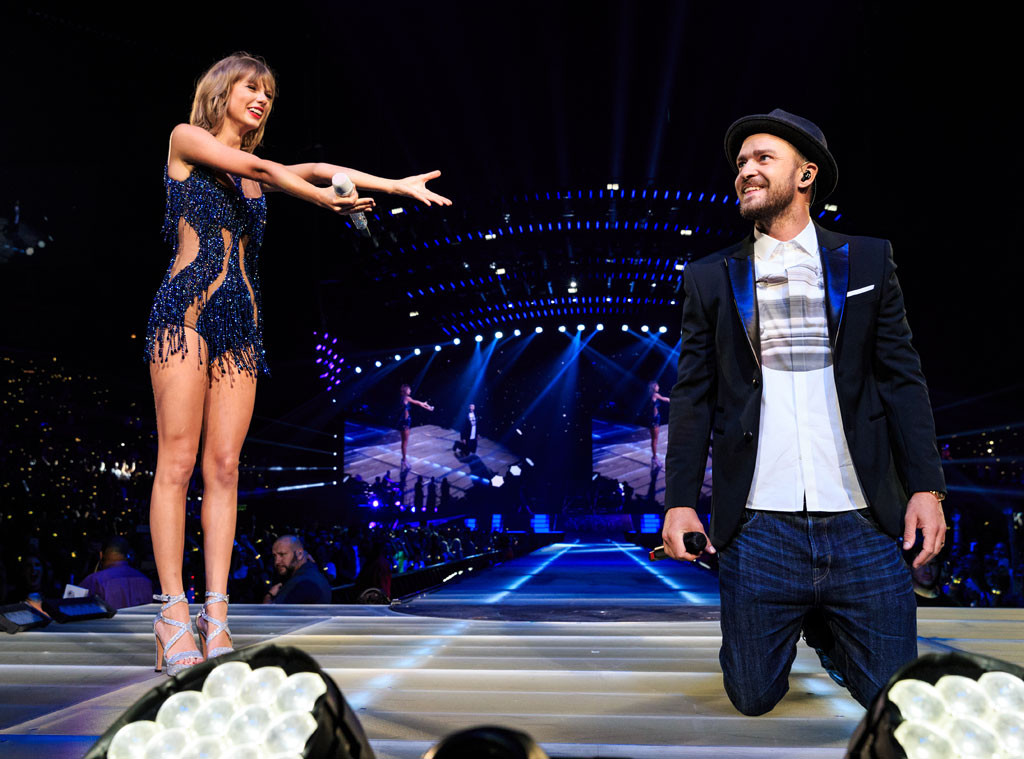 Well, while we can't say it's all been sweet serendipity in which Taylor points to a celeb (and there are usually many to choose from, particularly at shows in places like L.A., New York and Chicago) and the person in question magically ascends the stage and makes a moment, we are happy to report that it's not all cold, corporate bookings, either.

And some appearances have been as close to spontaneous as possible!

Julia Roberts, who like Ben Affleck is the parent of some little Swifties, arranged a meet-and-greet for her kids backstage and later ended up on stage at Taylor's invitation, a source tells E! News.

Similarly, Uzo Aduba, who joined Taylor in L.A. for a duet on "White Horse," told us at the Netflix junket this week that Swift extended the invite right before the show when they were talking backstage.

"She is just lovely, amazing," the Orange Is the New Black star told us about Swift. "And it was a fun night, the concert was amazing, so sick...It was a great, awesome night." 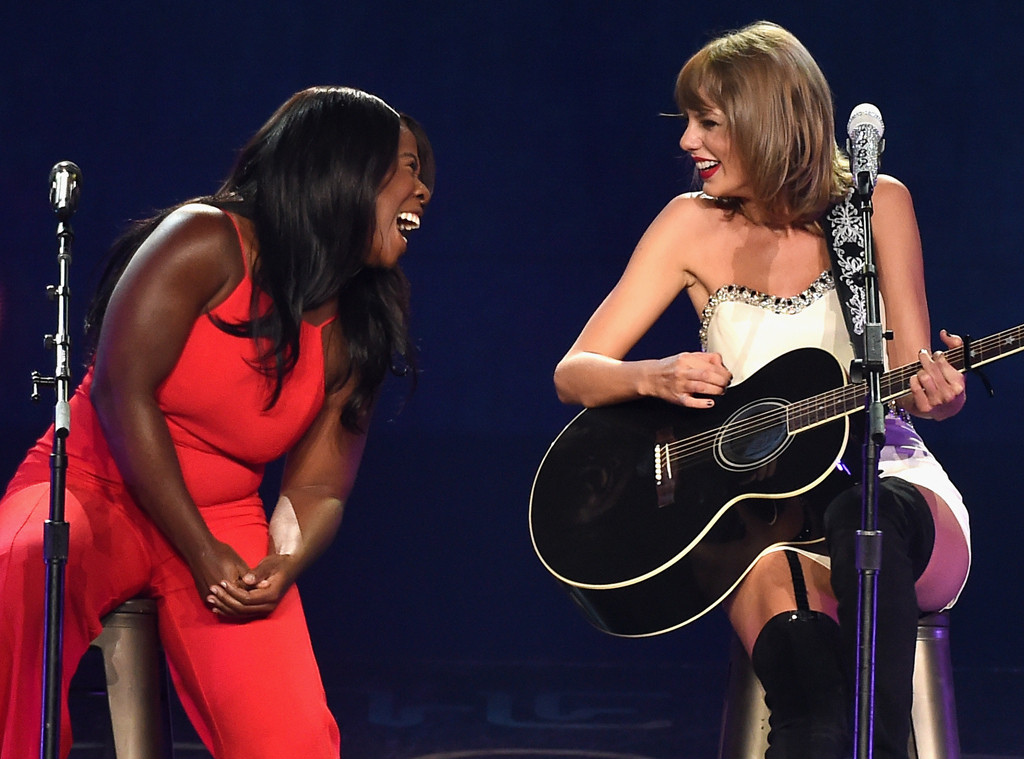 Matt LeBlanc's cameo on Saturday was also a last-minute arrangement, made when he met Taylor before the concert, a Friendly encounter that foreshadowed Lisa Kudrow's epic performance of "Smelly Cat" last night (a night that almost blew the roof off the place thanks to Justin Timberlake's surprise appearance and the long-awaited arrival of Swift bestie Selena Gomez).

On Sunday, meanwhile, Taylor actually revealed that she gives potential guests her itinerary ahead of time and gives them a chance to pick a date to join her on stage. Her five L.A. shows, of course, proved quite popular with the Hollywood set.

John Legend who sang "All of Me" with Swift on Tuesday in L.A., was also a last-minute addition at Taylor's behest. She told the audience she found out he and wife Chrissy Teigen would be in the audience, so she called Chrissy (who is presumably in the "Supermodels" group on Taylor's iPhone) and asked if her hubby would perform. 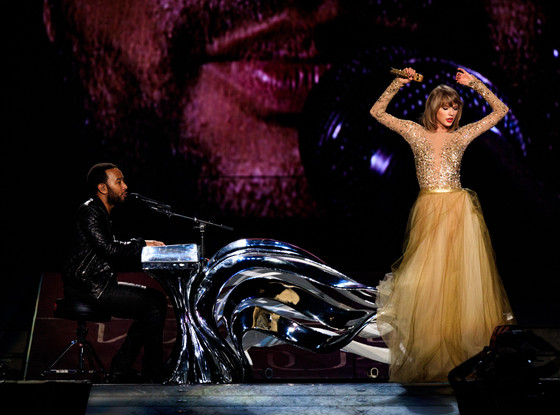 So we've got ourselves a combination of schedule-allowing planned appearances, depending on who's in which city and when, and pure if-it-feels-right-let's-do-this spontaneity.

Which has always seemed to be Taylor's motto, when you think about it.

We can't wait to see which famous fans and friends join her next! 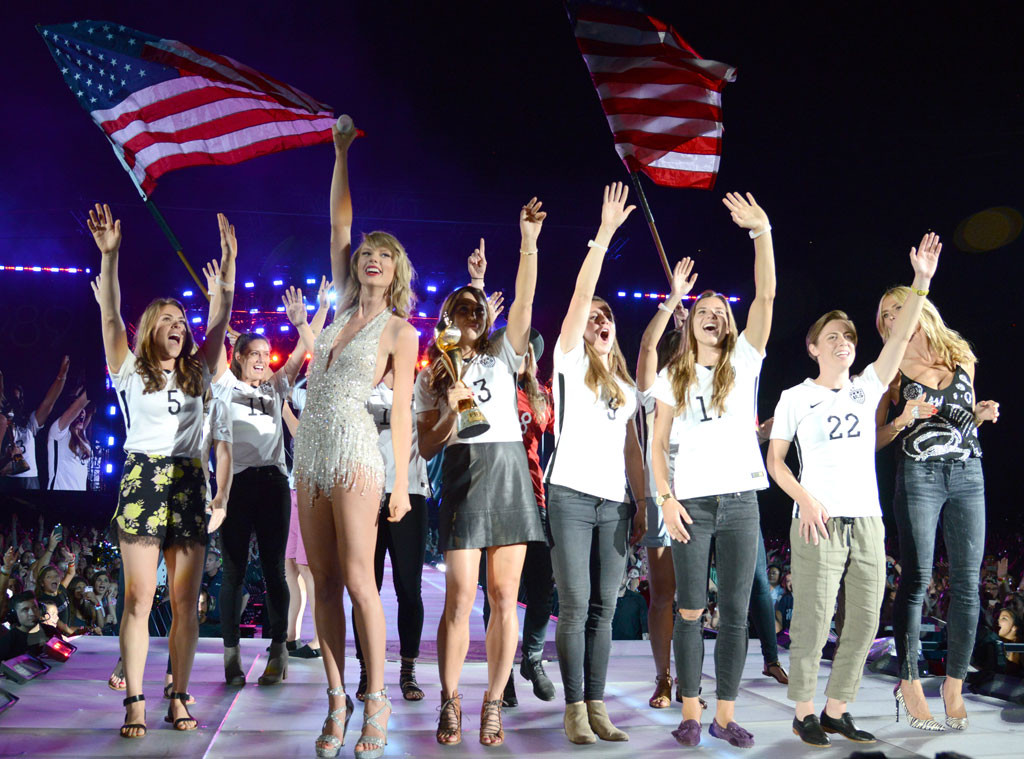 Check out our picks for the top 9 Taylor Swift music videos right here: 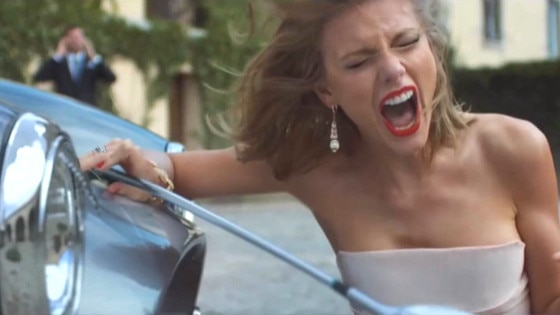