Social Media Strikes Again! Did This Bachelor in Paradise Star Give Away A Spoiler via Periscope? 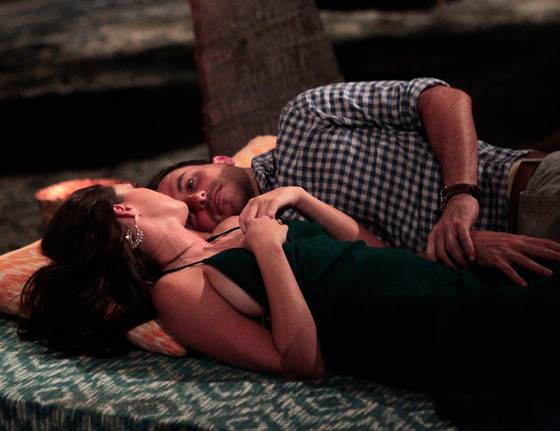 He was the guy whose name we hardly knew, and she was the girl who caused no drama aside from her Playboy past and hypothermia that could only be cured with a footrub.

Apparently, however, the couple that bores together snores together...and also stays together past the end of their reality show.

Jade Roper, who is currently one half of Bachelor in Paradise's most stable and least dramatic couples with Tanner Tolbert, did a bit of live broadcasting via Periscope after Sunday's episode, and might have inadvertently given away a bit of a spoiler as to how the season ends.

While she didn't accidentally show us a cute shot of her and Tanner in bed together a la Kaitlyn Bristowe, she did accidentally allow Periscope to display the fact that instead of being at home in Los Angeles, Jade was hanging out in Kansas City, aka Tanner's hometown!

On one hand, surprise! A Bachelor in Paradise couple appears to still be together!

On the other hand, that's not much of a surprise at all since these two got together in the first episode and haven't had a moment of wavering since, aside from those two seconds in Sunday's episode when they pretended to have a dramatic talk.

On yet another hand, or maybe a foot or something, maybe this means absolutely nothing aside from the fact that Jade is taking a little vacation to the great state of Missouri. Kanas City's a pretty nice place, so that's totally plausible. Here's a list of things she might be doing in Kansas City, other than hanging out with Tanner:

—Visiting the Arabia Steamboat Museum
—Enjoing the Schlitterbahn Kansas City Waterpark
—Touring the home of Harry S. Truman
—Visiting filming locations for the 1967 film In Cold Blood
—Appreciating the fact that KC is the hometown of Don Cheadle, Scott Foley, Walt Disney, Melissa Etheridge and Joan Crawford, among others.
—Taking a food tour that mostly consist of yummy, yummy barbecue
—Marveling at the National Museum of Toys and Miniatures
—Doing something involving sports
—Splashing in the J.C. Nichols Memorial Fountain
—Chillin' with some fish at the Sea Life Kansas City Aquarium, which a TripAdvisor review describes as a "nice aqurium"
—Getting in touch with the past in the historic Missouri Town 1855

Of course, Jade and Tanner could be doing all those things together, defeating the entire purpose of this list, but at the very least, you just added Kansas City to your list of vacation spots. You're welcome, Kansas City tourism.

And good luck to you, Tanner and Jade, wherever you are now. 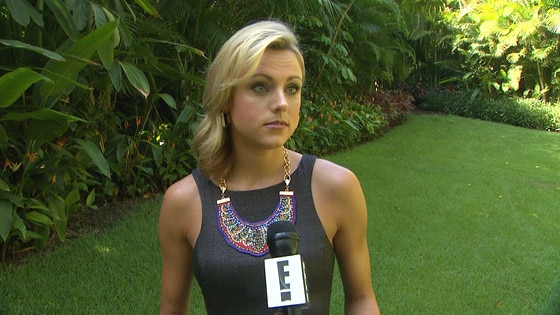 PHOTOS: Which Bachelor and Bachelorette couples are still together?

TAGS/ The Bachelor , The Bachelorette , Watch With Kristin , TV , Top Stories
GET POP CULTURED!
*Email entered incorrectly. Please try again.
By subscribing to our newsletter you agree to the Privacy Policy and Terms of Use
Daily
Weekly