The Gamble to Save One Direction: How This Break Might Be the Only Way to Keep Harry, Liam, Niall and Louis Together

When Zayn Malik abruptly left One Direction, the biggest boy band in the world faced a crisis of epic proportions.

Zayn had been unhappy for a while, the extent of his woes an open secret among the group's inner circle. He felt trapped on the hamster wheel that was the group's grueling schedule of performances and promotional appearances. In the end, it had become unbearable for him so, while his departure was heartbreaking, ultimately it was the best decision for everyone.

But still, his exit rocked the band to the core and set off panic alarms for the tightknit team that surrounds Niall Horan, Liam Payne, Harry Styles and Louis Tomlinson. What if his fleeing was contagious? If Zayn could leave, who might be next? One Direction as a foursome was acceptable, but as a trio...

PHOTOS: Behind the scenes of One Direction's "Drag Me Down" video shoot

"The team knew they had to come up with a solution, an insider tells E! News. "Five years dealing with the kind of schedule they were on, there was a danger it was becoming too much."

In the weeks that followed Zayn's dramatic exit, a series of closed-door conversations took place about the future of the band. There was really only one solution. And so, after much deliberation, it was decided once their current tour was over, they would not book any future engagements. They needed a break.

It was the only way to save One Direction. 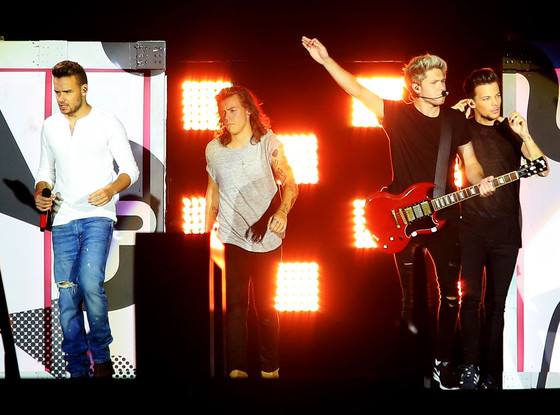 "Literally as soon as one commitment finishes, there seems to be another. It's as if they always have to be somewhere," says another 1D insider. "And while the boys love it, it's a lot." This decision is a shot in the arm for the band. "It's the healthiest way for the band to continue. They needed to slow things down and have some freedom."

Over the past 36 hours, we have seen a lot of cynical things written about 1D. Some claim this "hiatus" is a ruse and the guys have every intention of quitting. There is even speculation they might be lying to us. Others claim the break is for sinister reasons and that, deep down, they despise one another.

PHOTOS: Guess the One Direction tattoo! 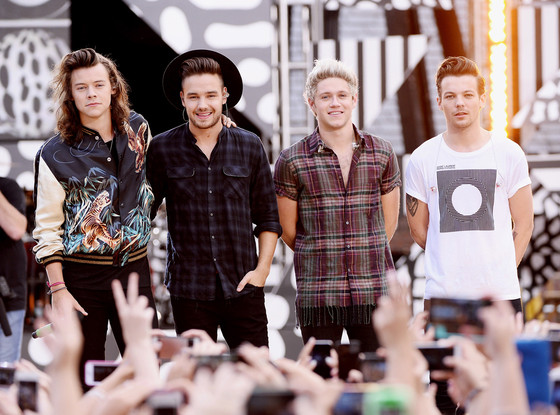 Well, sorry, haters! According to the people I've spoken to, nothing could be further from the truth.

"They really do get on well," insists one source. "They genuinely care about one another. This has been a crazy ride for all of them and they went through it as a family. They are not done working together yet."

But it wouldn't be natural if they didn't have some different interests, right? The source continues, "They met when they were basically kids and have obviously come a long way since then, professionally and personally, so it's inevitable that their tastes vary. One Direction is a huge part of their life, but they have their own needs as well, they want to explore a bit."

For the boys, having some time off, means more than just sleeping in without an early morning wakeup call to disturb them—it will also give them space to grow, their first taste of proper freedom as adults with no band commitments. 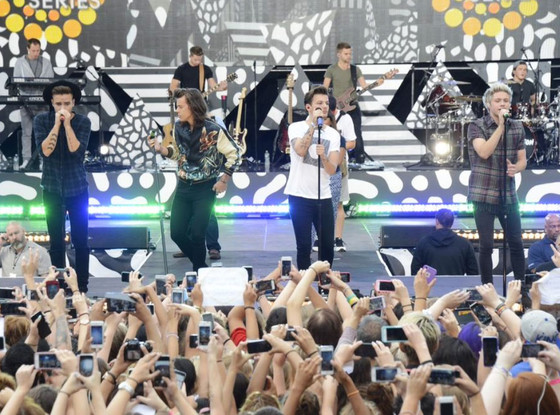 "The break will mean they can pursue their own endeavors," the source says. "This is an exciting time for them creatively and as a group. They love working together and envision a future together but with the freedom to do other things as well."

We still have at least six months of One Direction goodness to enjoy before Armageddon hits the pop world. They have around 30 tour dates left. And then winter will offer up a smorgasbord of promotional appearances as they release their much anticipated fifth album.

Then it will be spring and time for them to go their separate ways, albeit temporarily according to Niall, Louis and Liam (and presumably Harry, too, he just hasn't tweeted yet). 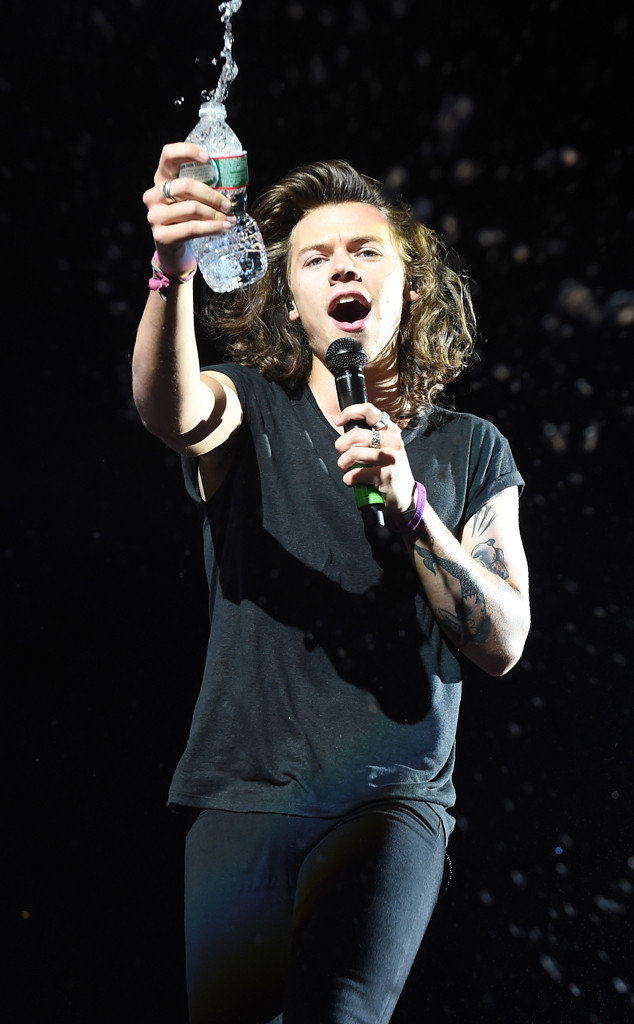 "They are hoping to start talking plans for One Direction 2.0, so to speak, at the end of next year, maybe early 2017," our insider divulged. "They can then decide on the next step.

"Right now, they have every intention of coming back together. But look, of course there is always a chance that by giving the boys some space, they might enjoy it too much and won't want to get back together. It's a gamble, but right now that scenario is far from their minds.

"They need to grow creatively as artists to continue to be happy together. This is a natural progression for them." 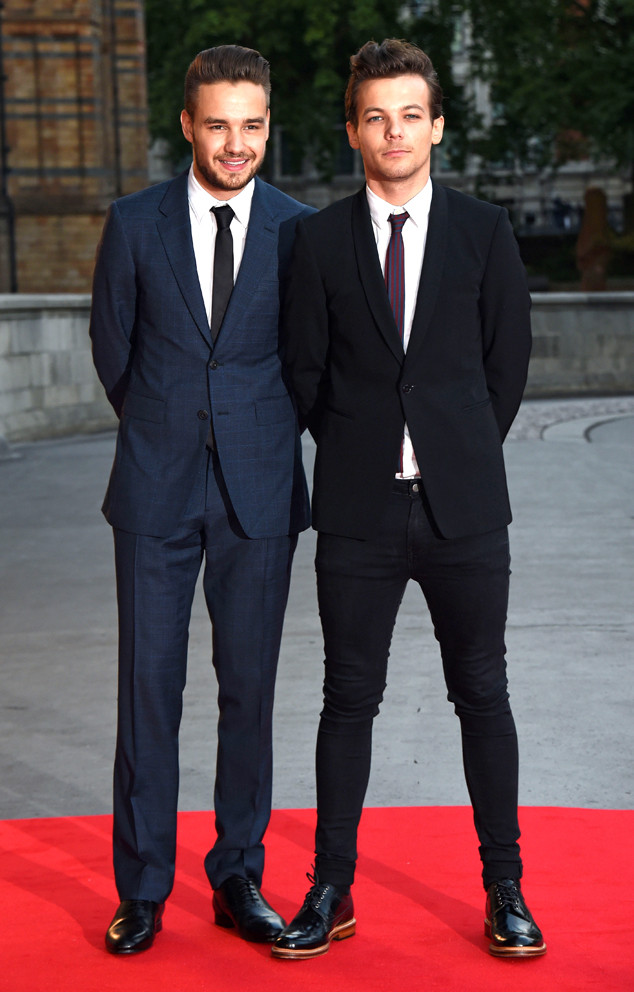 Next year is going to feel very different for all of the boys. Louis, of course, is going to become a dad. And according to insiders, aside from diaper duty, he's expected to explore the business side of the industry, maybe even sign up to be on the The X Factor in the U.K. (Aw, where it all began…)

Liam will possibly be songwriting and producing, and Niall has been hanging out with Justin Bieber (possible collaboration alert!). For Harry, life is looking just as rosy. He'll spend some of next year at his Beverly Hills home, located opposite Lisa Vanderpump—so expect to see photos of them swapping cups of sugar and taking in each other's newspaper when one is on holiday. One report claims he is going to pursue an acting career and, though we haven't been able to confirm that yet, we are obviously keeping our ears to the ground for more on that one.

What's certain, meanwhile, is that Hollywood has already fallen for Harry's charms, and he's going to spend 2016 in high demand.

READ: 27 things One Direction fans can do to make it through the break

So don't be sad and, instead, rejoice!

The members of One Direction have made tens of millions of dollars each and they haven't really had a chance to spend it. The average lifespan, as far as cultural relevance goes, of a boy bander is short. The fact that Harry, Louis, Niall and Liam have survived this long with a schedule rivaled only by a presidential campaign is nothing short of a miracle.

Over the past five years they have performed over 300 times and recorded almost 80 songs. It's dizzying just thinking about how exhausting that must have been. And they managed to do it all in the age of social media, which has blessed them with an army of fans but probably an equal number of critics.

Naysayers aside, that's a lot of adoration. But it also equates to a ton of pressure and these lads are good people. The last thing they want is to not be able to give their fans their everything.

I think we all agree, they deserve some time off—and just imagine how brilliant the One Direction comeback tour will be.

For more exclusive inside scoop on One Direction's game-changing decision, tune into E! News tonight at 7 p.m. & 11 p.m.