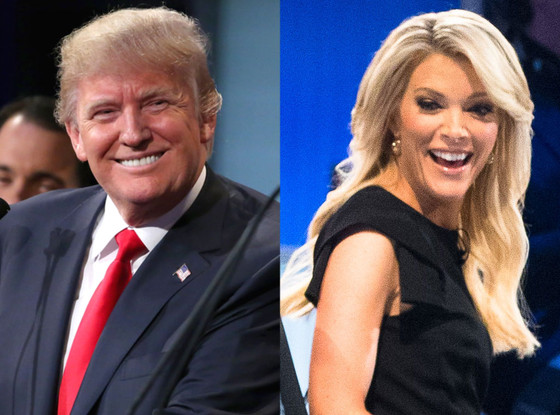 UPDATE: In response to Donald Trump's Twitter tirade, Fox News chairman and CEO Roger Ailes issued a statement to E! News Tuesday. "Donald Trump's surprise and unprovoked attack on Megyn Kelly during her show last night is as unacceptable as it is disturbing. Megyn Kelly represents the very best of American journalism and all of us at FOX News Channel reject the crude and irresponsible attempts to suggest otherwise," he said. "I could not be more proud of Megyn for her professionalism and class in the face of all of Mr. Trump's verbal assaults."

"Her questioning of Mr. Trump at the debate was tough but fair, and I fully support her as she continues to ask the probing and challenging questions that all presidential candidates may find difficult to answer. Donald Trump rarely apologizes, although in this case, he should. We have never been deterred by politicians or anyone else attacking us for doing our job, much less allowed ourselves to be bullied by anyone and we're certainly not going to start now," Ailes added. "All of our journalists will continue to report in the fair and balanced way that has made Fox News Channel the No. 1 news network in the industry."

In response to Ailes, Trump told E! News in a statement Tuesday, "I totally disagree with the Fox statement. I do not think Megyn Kelly is a quality journalist. I think her questioning of me, despite all of the polls saying I won the debate, was very unfair. Hopefully in the future I will be proven wrong and she will be able to elevate her standards to a level of professionalism that a network such as Fox deserves."

"More importantly, I am very pleased to see the latest polls from Public Policy Polling showing me at a strong number one with 35 percent in New Hampshire, the Monmouth University poll showing me, again at number one, with 30 percent in South Carolina and the latest national poll from Gravis where I am again the clear front runner with 40 percent. It was also just announced that I won the prestigious corn kernel poll at the Iowa State Fair by a landslide," Trump continued. "I will be in Iowa tonight with my speech being broadcast live on CNN and other networks. My sole focus in running for the Presidency is to Make America Great Again!"

If you thought Donald Trump had better things to do than troll a TV anchor, you thought wrong. Rather than focus on his presidential campaign, Trump decided to take time out of his busy schedule Monday night to attack Fox News' Megyn Kelly, who had returned to the program after a 10-day family vacation.

Kelly may have riled Trump up when she tweeted this just before the show aired:

.@megynkelly must have had a terrible vacation, she is really off her game. Was afraid to confront Dr. Cornel West. No clue on immigration!

I liked The Kelly File much better without @megynkelly. Perhaps she could take another eleven day unscheduled vacation!

Third, he retweeted some responses to his Kelly comments:

"@ColeHudson68: @megynkelly @FoxNews @theBlaze @greta @OreillyFactor Megyn needs to go back on vacation. What a waste of an hour on Fox."

"@bigpaulfla: @realDonaldTrump She has come back looking like Nancy Grace"

"@mstanish53: @realDonaldTrump @megynkelly The bimbo back in town . I hope not for long ."

As of Tuesday morning, Kelly has not responded to Trump's Twitter tirade.

Wish pal @realDonaldTrump would cool feud with @megynkelly Point is made boss. Now world needs you to use bully pulpit to address big issues

The intelligence, class & grace of @megynkelly shined last night after her week's vacation with her family. I'll be on #kellyfile Wed night.

It's been 19 days since the debate- @realDonaldTrump has made his feelings clear. But THIS needs to stop http://t.co/8BmVPZTGdp #let-it-go

Kelly first tangled with Trump during the first GOP candidates debate earlier this month. He accused the moderator of being unfair and spoke unfavorably about Kelly in a number of interviews. Kelly responded on an episode of The Kelly File, telling viewers, "You may have heard that there was a dustup between yours truly and presidential contender Donald Trump. Mr. Trump was upset with a question I asked him at the debate last week about his electability and specifically comments he had made in the past about women. A few words on that: Apparently Mr. Trump thought the question I asked was unfair and felt I was attacking him. I felt he was asked a tough but fair question. We agreed to disagree. Mr. Trump gave interviews over the weekend that attacked me personally. I have decided not to respond."

"Mr. Trump is an interesting man who has captured the attention of the electorate. That's why he's leading in the polls. Trump, who is now the frontrunner, will not apologize. And I certainly will not apologize for doing good journalism," the anchor continued. "So, I'll continue doing my job—without fear or favor. And Mr. Trump, I expect, will continue with what has been a successful campaign thus far."

"This is a tough business," Kelly said, "and it's time now to move forward."

Apparently Trump wasn't tuning in for that episode.

Meanwhile, find out why Salma Hayek said she refuses to say Trump's name: 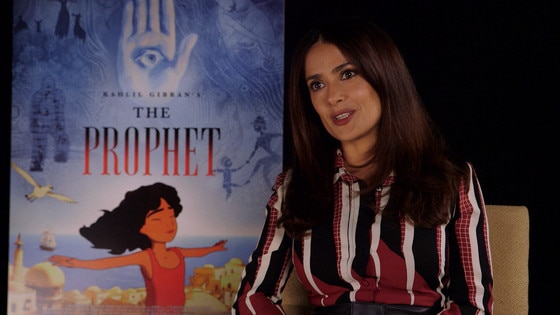 PHOTOS: All the 2016 Presidential candidates (so far)