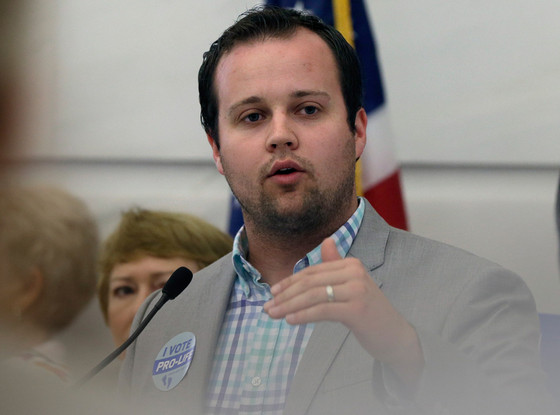 According to the internet, former 19 Kids and Counting star Josh Duggar just received his comeuppance at the hands of some woman named…Ashley Madison?

Wait, what was that again?

So what happened was, the extramarital-affair hookup site Ashley Madison had a data breach last month and when news broke yesterday that hackers had published reams of data—including account names and partial credit card numbers—online, Gawker popped the champagne and got to work.

The fruits of that labor reportedly just saw the light: Gawker claims to have discovered the existence of an account opened with a credit card belonging to a Joshua J. Duggar and billed to an Arkansas address associated with the family.

E! News has reached out to reps for the Duggar family for comment, and while Gawker posted screengrabs that purport to show Josh's involvement on the site, their authenticity has not been independently verified.

Meanwhile, cue the hellfire and brimstone raining down from the Twitterverse.

But people aren't giddy with finger-pointing because they're terrible and waiting for just anyone to fall. They're thrilled because Josh Duggar was a vocal opponent of same-sex marriage and abortion rights and used his Christian faith as a rationale in support of what amounts to discrimination. And while sadly not uncommon, that's not a way to win friends and influence people nowadays.

Moreover, in May, after In Touch published a decade-old police report, the married father of four admitted to molesting five minors, including two of his younger sisters, back when he was a teenager. 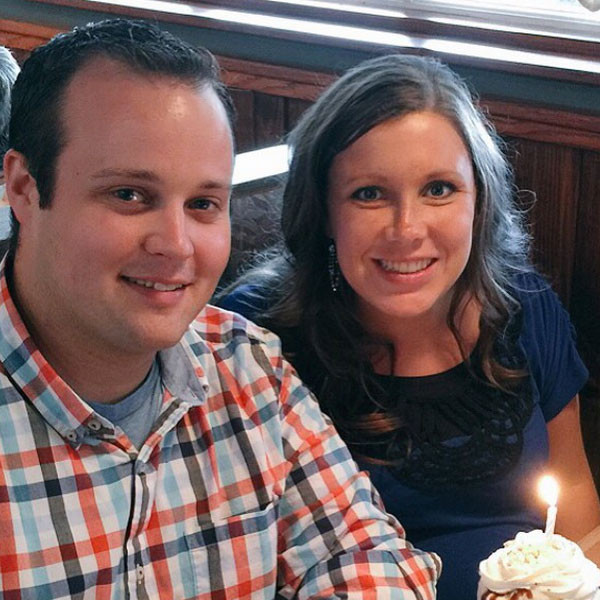 So here we are. Another possible Duggar scandal has been unearthed and social media is dishing dirt.

The scorn may amount to a convenient pile-on, people who got wind of the Gawker report who don't know the whole story racing to be the ones to cast the first stone. The New York Times did report in its account of the release yesterday that Ashley Madison is still investigating the validity of the leaked info.

But it's understandable why there isn't much inclination to hold back when it comes to judging someone who once was just that eager to do the judging himself.

Here's a sampling of those who are calling the alleged hypocrisy as they see it:

Josh Duggar wants you to know that he was thinking of Jesus every single time he used the cheater website Ashley Madison.

It's not weird that Josh Duggar is married and on a dating site, I mean he was head of the Family Research Council. 😂😂😂

.@FRCDC the folks who tell womn what to do w/their bodies & their lives, while their execs seek extramarital affairs. http://t.co/2JvmZC9XUI

And the world waits to see how Mike Huckabee contorts himself to defend Josh Duggar now.

I'm beginning to think Josh Duggar won't be Huckabee's running mate after all.

So far, the worst thing to come out of the Ashley Madison scandal is people calling Josh Duggar a celebrity.

How is this MISTAKE going to be explained away? He's not a poor, misguided teen anymore....#JoshDuggar

What a hypocritical douchebag! #JoshDuggar What's the excuse this time? http://t.co/dXEwAlKpIb

Josh Duggar is down for traditional family values as long as those values don't apply to his family life... pic.twitter.com/AZkrd0pkGp

If Josh Duggar’s missteps bring him closer to God he ought to be near the top of the stairway to heaven about now. #joshdugggar

Oh Josh Duggar. How easy it would be if you would just live your life honestly.

Do you think Jesus will forgive Josh Duggar for molesting his sisters AND paying $1,000 to cheat on his wife, or nah? #ashleymadisonhack

I feel so defrauded by the Duggars. #JoshDuggar

something has to be wrong with me because I'm too gleeful about this @joshduggar @ashleymadison news. pic.twitter.com/KHMgNAcVcF

Josh Duggar was on Ashley Madison...Deez Nuts running for president...this news cycle has #SRShow written all over it

Aw man, guys, Josh Duggar is gonna have to do so much construction work for his family friend. #JoshDuggar #ashleymadisonhack #ashleymadison

Oh, come on. Now this is just getting embarrassing. http://t.co/V7b4V3bvk3

Peak schadenfreude has been reached: http://t.co/xb6ZtmMMNV (oh, you're snarking too at it)