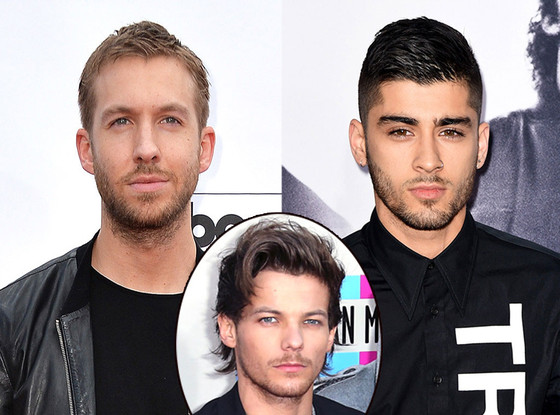 If you truly want to interpret a celebrity feud, leave it to the devoted fans of the parties in question.

Calvin Harris lost no time today in defending Taylor Swift's honor when Zayn Malik decided that an otherwise uneventful Monday was a good time to critique Taylor's stance on streaming royalties. If that's what he was indeed doing.

The One Direction heartthrob turned solo heartthrob started the whole thing by retweeting someone else's comparison between Taylor's artists-should-be-paid-always position and what can be interpreted as Miley Cyrus' more relaxed, free-the-music approach, and after Calvin spoke up in defense of Taylor (without naming names), things quickly escalated.

But while there was plenty of gushing about Calvin going to bat for Taylor, because that's what good boyfriends do, we've re-learned one thing.

You do not get into a Twitter war with either a current or former member of One Direction and expect a win in the court of tweeted opinion.

Sure enough, the Zayniacs were not having it.

Taylor's got some of the most devoted fans around, and therefore there are plenty of people out there who now think Calvin Harris is the greatest man ever, but taking the high road didn't help the producer-DJ in this particular case and, despite being kind of a jerk about the whole thing, Zayn totally won the by-proxy Twitter war.

Here's a sampling of the stones, arrows and mud that was flying in both directions, along with the mild hysteria caused when Zayn's former group mate Louis Tomlinson started following Pringles chips amid all the hubbub:

louis‘ followed pringles bc he need food while watching calvin and zayn drama.

The Zayn Malik/Calvin Harris feud will be remembered as history's most vicious fight between people who get haircuts every three days.

Zayn: -100 grammys -all the fans -loved -cuts his own sleeves Calvin: -Klein

*waiting for miley to come online and slay Calvin*

'why is Calvin defending his girlfriend? she's going to write a song about him in a couple months' pic.twitter.com/QZKINWhWV6

God damn Calvin and Taylor to hell for wanting to get paid for their work? Right. I'm losing faith in this world

I have gained so much respect for calvin

calvin: *tries to drag zayn* zayn: what did u say calvin: nothing im just a really big fan mate ur voice is beautiful collab?

calvin is trending number one worldwide because of ZAYN hahahah

here's my opinion on the calvin vs zayn drama no hate please pic.twitter.com/VkNKEWz2em

"Calvin was defending his girlfriend" "He's the bigger man" pic.twitter.com/lMFRO6s2P1

yall when zayn defending himself against calvin: how immature of him what a douche if louis did it:omg drag that ugly trash love you boo xx

I don't see Calvin as been afraid of Zayn. I see it as Calvin trying to be the bigger person. I don't understand why this was mixed up.

Me waiting for Miley to come online and drag Calvin pic.twitter.com/JtLhNBBA9U

Miley & Zayn vs Taylor & Calvin at the VMA'S https://t.co/JdhLhf18LC

Tbh if Calvin didn't like the tweet which zayn rted, he shouldn't have mentioned him whilst saying what he did. That's what made zayn blow

Reality: Zayn retweeted a tweet about money greed in the music industry & Calvin started drama even though he's not involved in any way

@Nihyall I think Calvin handled it very well at the end. But in the beginning he could've just not tweeted about it

One point for common sense.