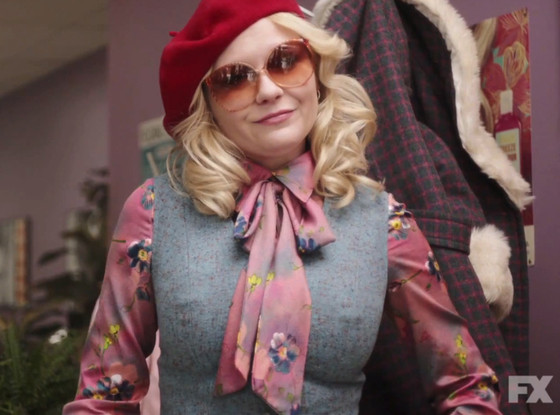 Fargo season two is going to be groovy...as well as bloody, funny and just as brilliant if not more so than its first season. There's no sophomore slump here!

The new cast joined showrunner Noah Hawley at the 2015 Summer TCA press tour for a panel on the new season (a prequel of sorts), and all of them had something to say about the amazing looks they'll all be rocking when the show premieres. From crazy '70s wigs to quirky accents to gaining weight, everyone had something new to get used to.

Friday Night Lights and Breaking Bad alum Jesse Plemons is going to be looking a little different on Fargo...gone is the lanky Landry!

"I had already gained some weight for a movie I did last year and I was looking forward to losing it," Plemons says. "And then Noah told me he wanted me to keep it for the butcher."

And he wasn't the only one who's putting on the pounds for Fargo season two.

"I don't think a lot of people saw me coming off of Burn Notice playing a 200 pound thug with a Minnesota accent," Jeffrey Donovan says. But just wait until you see him! 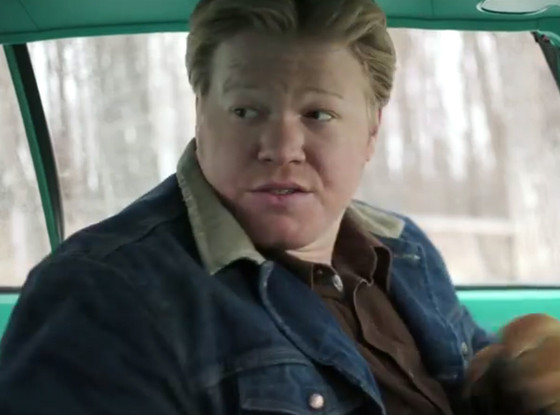 And Plemons got a pretty different hairstyle for his role, too.

"It was Noah's idea to do the middle part which I thought was perfect," Plemons says.

But the best hairstyle, hands down, belongs to Kirsten Dunst

"When I read the first few episodes, I was thinking to myself that I want people to giggle just a little bit to themselves when they see Peggy," Dunst says of her character. "I want them to be on Peggy's side in a way. I knew certain things, like wearing white earmuffs when I do something that's not necessarily right. I want you to giggle when you see Peggy."

Ted Danson, however, didn't have to do much physically to prepare to play his character.

"I grew a beard. That was literally it," Danson says. "For so much of my career I've been so coiffed with hairspray, but I didn't spend one minute in the makeup chair. It was so liberating to just be my 67-year-old self." 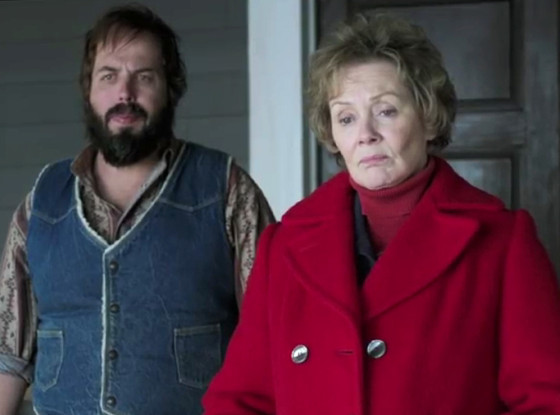 If there's one cast member who can pull off his '70s wardrobe with style, it's Patrick Wilson And Hawley knows it!

"He's the only man who can wear a maroon uniform for 10 hours and you think, 'He's just so handsome,'" Hawley says with a laugh.

As for that super thick Midwestern accent, the cast couldn't wait to take on the challenge.

"The dialect was definitely intimidating," Plemons says. "But luckily we had a great dialect coach and it's all already in the writing. So you get a really good sense of who these people are just reading the scripts."

"The words are great," Danson agrees. "If you have a dialect that is purposeful, you try it on, and it just takes you someplace. I would have had no idea where my character is going, and I didn't have to worry about it. The words were so good, I could just follow the path that Noah had written. There's an earnestness to it. It really was like following the dance steps that had been set up by Noah."

TAGS/ Fargo , TV , Kirsten Dunst , Top Stories , Watch With Kristin
GET POP CULTURED!
*Email entered incorrectly. Please try again.
By subscribing to our newsletter you agree to the Privacy Policy and Terms of Use
Daily
Weekly