True Detective Finally Gets Busy, Bloody, and Downright Nuts As Someone Actually Dies 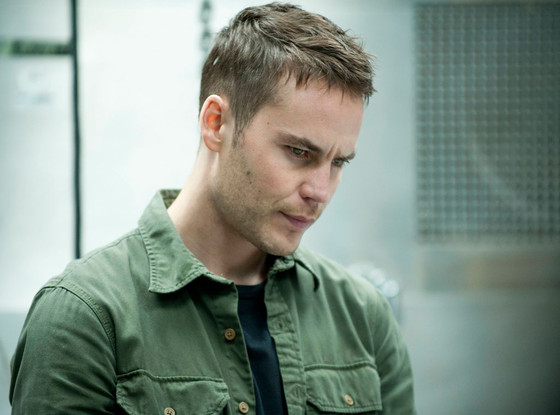 To be honest, we haven't known what to think or see or feel about this show all season, but we must admit we did feel a twinge of sadness tonight for Paul "Tim Riggins" Woodrugh, who lay dead on the ground at the end of this, the penultimate episode of the messy, confusing, yet mildly intriguing second season of True Detective.

Paul's (Taylor Kitsch) story became particularly sad tonight, as if it weren't already sad enough. He's gay and clearly ashamed of it, his girlfriend is pregnant, and he's embroiled in an especially messy murder case for which he just committed theft from some scary and powerful people.

Now, he's being blackmailed with pics of him and Miguel getting very close, and it turns out that the blackmail is an effort to retrieve the papers he stole from last week's terrifying sex party. When he shows up to deal with the blackmailer, he discovers that Miguel was actually working for the Catalyst Group all along.

Paul ends up in some creepy tunnel talking to creepy men, and he pretends he'll sell out Ani (Rachel McAdams) and Ray (Colin Farrell) and give back the documents, right before attempting to take the guys out, all by himself. Gunfire happens, and he manages to survive for a while, eventually using Miguel as a human shield. It looked like he was going to get away, until he found Lieutenant Burris waiting and ready to shoot him.

This time, Paul actually appears to be dead, with his mother and pregnant girlfriend just waiting in fear in the motel room where he left them.

Elsewhere, Ani and Ray got a lot closer, both to each other and to figuring something out, even if that something is not who killed Casper.

While Paul was on his way to being gunned down, Ani and Ray were making out for some reason, right after Ani had a much-needed scene with her father to talk about that scary man in the forest who kidnapped her as a child, and understandably caused her a lot of problems in the sex-and-relatonships department as an adult.

Ani and Ray are also both wanted for murder—Ani for the death of that security guard at the party, and Ray for the assistant state's attorney who he had found dead when he had attempted to deliver documents. Not such a great place for either of them to be in, especially now that they've lost the only guy on their side who was actually getting some work done.

OK, so Ani did get a little bit of work done in the midst of her realizations. She learned that Laura, one of the women at the party, both worked for Casper and was the little girl who was orphaned when the diamonds were stolen, which is definitely something.

Frank, meanwhile, killed some people and burned a lot of things down upon discovering that Osip and Chessani were the ones responsible for him losing all of his money and that Blake was responsible for giving him the wrong name of Ray's wife's rapist. He tortured and killed Blake after getting all info he could, and then torched all of his clubs and casinos.

His plan is to get out of the country—to Argentina, specifically—with as much money as possible to start over, but he's drawing an awful lot of attention to himself in the process.

At least this episode was...not quite fun, but definitely a lot more interesting than we thought this season could be. 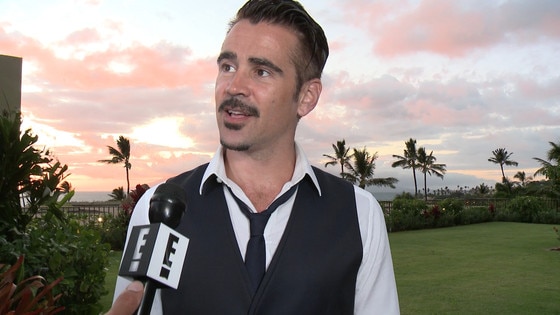 PHOTOS: The best things ever said on TV

TAGS/ True Detective , Watch With Kristin , TV , Top Stories
GET POP CULTURED!
*Email entered incorrectly. Please try again.
By subscribing to our newsletter you agree to the Privacy Policy and Terms of Use
Daily
Weekly