The Bachelorette Gets Chased By Donkeys, Meets Families, Cries & Cries Some More 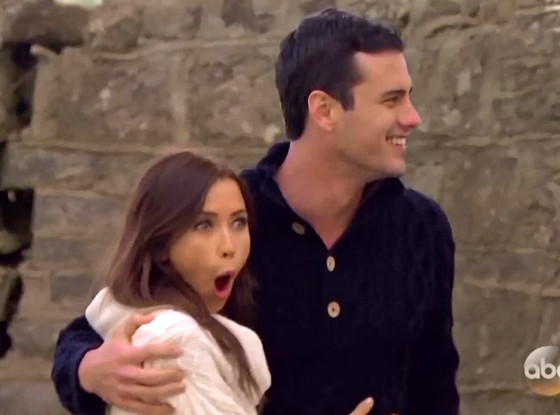 Consider this our official vote for Ben Higgins as the next Bachelor.

He may be fairly young at 26, but he's also an absolute class act who may actually be too good for this show, and perhaps this world, and definitely all sweaters.

We'd also like to suggest that he be given a horse sidekick to keep him company throughout the season, because we were definitely digging that little convo he had with Archie, his feisty horse friend.

His date with Kaitlyn was beyond adorable, and it served as a reminder of how adorable and sweet and jealousy-inducing this show can occasionally be. That date, during which they rode horses, were chased by donkeys, and dined in a castle before settling into a private suite, was one that we would have loved to be on.

In most normal relationships, that was the sort of date that would probably lead to another date.

Instead, it just led to heartbreak.

Yep, Ben H. was sadly rejected by Kaitlyn at this season's final rose ceremony, and half our heart broke for him while the other half was pretty excited that he is now single.

He claimed he was surprised, but we don't know how he didn't see this coming if he's been participating in the same show we've been watching. Nick and Shawn have been the clear final two since as soon as Nick arrived, and everyone else was really only there because they had to be in order to make the show interesting.

MORE: The final addition to Bachelor in Paradise is... 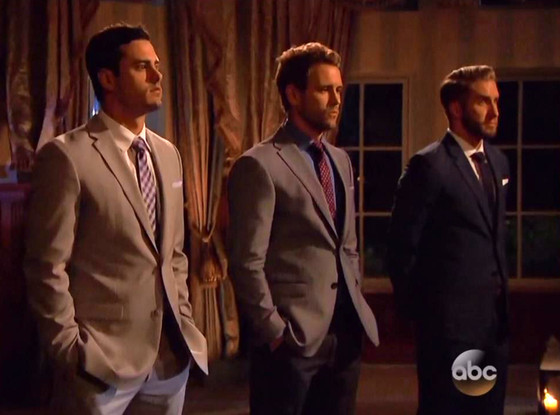 Really though, Kaitlyn did all of America a favor. He seems like a stand-up dude who will make for a great, if mildly boring, Bachelor.

The night was really all about Nick and Shawn, whose rivalry continued to cause us to groan multiple times.

Now, we still love Shawn, just as we did when we first laid eyes upon him so many weeks ago. But this guy's got an intensity about him that is starting to grate on us. It was clearly getting to Kaitlyn too, because her idea of a date with Shawn was forcing him to wear a pink shirt and then nothing at all to play a round of golf.

Kaitlyn found a way to get Shawn naked on national television, and then made him chase her around a golf course after she stole his clothes. He had a good time, she had a good time, and it was a great reminder of why we liked Shawn in the first place—because he's hot. And also a good sport. And sweet. Etc, etc.

Other than that, Shawn's intensity was turned all the way up to 11 tonight.

First, he was in Nick's hotel room, telling Nick exactly why he did not like him. Then, Kaitlyn asked Shawn to tell her why he hates Nick, and he told her, with gusto. Then, Nick waited outside after Shawn and Kaitlyn's overnight date, in a way that wasn't creepy at all, and there was definitely nothing creepy or horror movie-like about his, "Hello, Shawn."

CLICK: The only way Amy Schumer will do The Bachelorette is if... 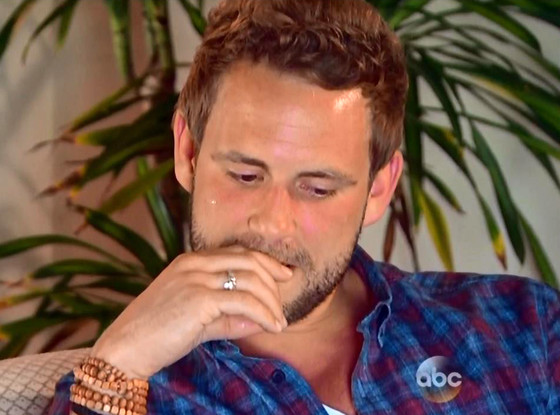 The two of them had it out again, and it was all the same crap they've always been arguing about. They don't like each other, they don't know anything about each other, reasons for being there, blah blah blah.

It was just exhausting, so we were glad to finally get to the hometown dates that were not actually hometown dates. Kaitlyn met the families of both guys, but not in their hometowns. The families came to them, instead, which was new and different.

Nick's family was understandably concerned about Nick going through this show for a second time, but they definitely liked Kaitlyn, and she seemed to pass the test with Nick's younger sister, Bella.

Things got just the tiniest bit weird when Nick was defending his decision to do the show again by describing Kaitlyn's best traits, which included being "great at making out." That's a great skill to have, but she's got to have some other aspects you can tell your mom about, right?

Shawn's family could have grilled Kaitlyn a lot more than they did. His talk with his dad was probably the highlight of the night, because this guy was seriously and understandably concerned about how deep his son has gotten into a reality show relationship.

"What the hell is going on?" Mr. Shawn's Dad asked, but by the end of their chat he was telling his son to do what was in his heart.

It was sweet, and it led to tonight's big cleverly edited fake-out. 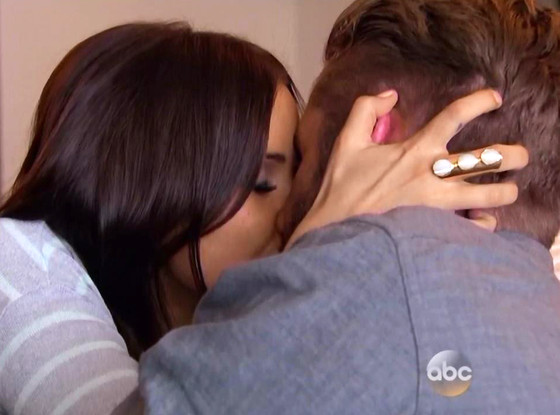 Shawn made a big deal about having something important to tell Kaitlyn, and it turned out to be that he loved her. He wasn't falling in love with her, he was already in love with her. Cute, but we definitely already thought he had told her that.

Maybe we've become so jaded at this point in our television-watching career that those words mean nothing to us anymore, but that was a weird let down.

We were actually bored, until the promo for the Men Tell All special started up, and suddenly things got good again. We love to hear the Men Tell All, and we need a break from the Nick/Shawn drama anyway.

See ya next week, fellow horrible human beings. This is gonna be good.

CLICK: Our best guess for who will win The Bachelorette!