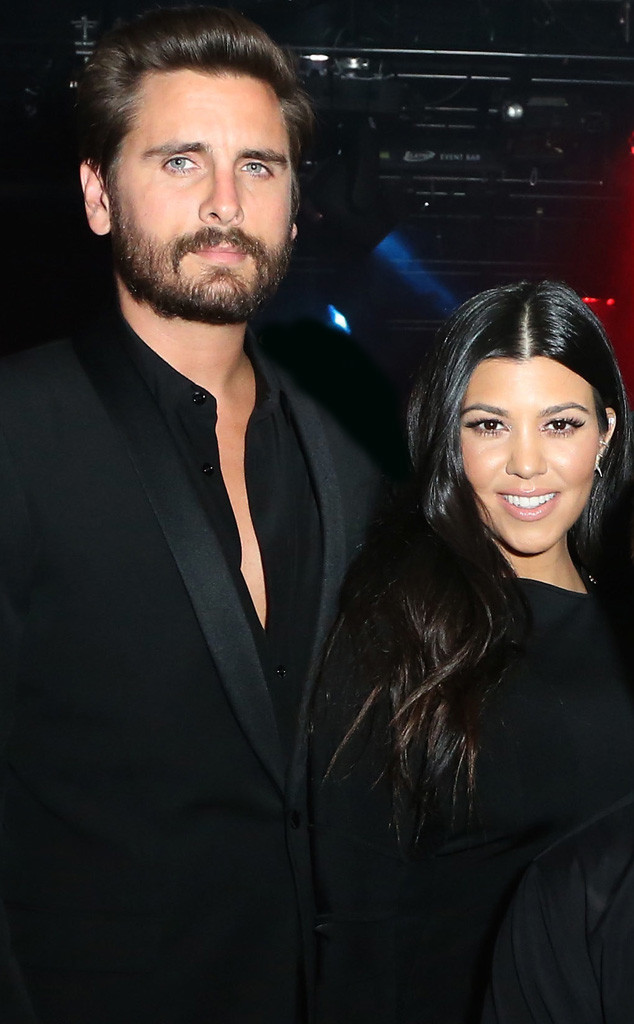 Kourtney Kardashian and Scott Disick are keeping mum about their breakup but were both very cryptic on social media this weekend.

Kourtney, 36, had ended their relationship over the Fourth of July weekend after he had engaged in a month-long partying bender, during which he was photographed in Monte Carlo looking cozy with an ex-girlfriend. Scott has not commented. He recently jetted off to New York.

The two are parents to son Mason Disick, 5, daughter Penelope Disick, 3, and 6-month-old baby son Reign Disick. Scott has not seen them in person for weeks and missed the little girl's birthday at Disneyland, where she celebrated with the Kardashian family, although he did post a sweet birthday message to her. Mason spent time on Saturday bonding with aunt Kim Kardashian, 34, and taking sweet and funny selfies with her.

Neither Scott nor Kourtney have commented about the breakup. On Saturday, she posted a cryptic message on Twitter, quoting from the New Testament of the Bible.

"There is only one lawgiver and judge, he who is able to save and to destroy. But who are you to judge your neighbor? James 4:12," she wrote.

NEWS: Kourtney Kardashian doing "not so good" after breakup as Scott Disick cuts off communication

Scott returned to the United States last Sunday. He was later believed to be partying in Miami and later jetted off to New York. He has been "telling friends he's doing good," a source recently told E! News.

Late on Friday, he posted on Instagram a photo of a master bedroom, saying, "Goodnight with a dream bedroom."

The photo is taken from an outdated real estate listing of an almost brand-new, approximately 12,500-square-foot, $32.8 million Hollywood Hills mansion, which was originally listed for sale in April for $38 million.

The house was built last year and is located minutes from the bars and nightclubs of West Hollywood's Sunset Strip and contains three floors, five bedrooms and 8.5 bathrooms, a gym, pool and spa, theater and wine cellar and boasts beautiful views of Los Angeles.

The "dream bedroom" features a large, full-length, corner window, a television showing Faye Dunaway in a scene from the 1974 movie Chinatown, a plush gray rug over a light wood floor and a king-sized bed with a navy comforter and white printed throw.

During his time in Florida, Scott checked into a treatment facility for several hours before leaving, E! News had learned. Scott had spent time in rehab before and according to sources, his friends are trying to get him to return so he can work on his issues.

Scott recently canceled a nightclub appearance in Las Vegas that was to take place on Friday. Meanwhile, he is scheduled to attend an event at the Pool After Dark nightclub at Harrah's Resort in Atlantic City next weekend.

Kourtney's family has been rallying around her amid the breakup. This weekend, she posted on her Instagram page photos of a sweet bonding moment with sister Khloé Kardashian, 31, as well as, well, something sweet.

TAGS/ Top Stories , Scott Disick , Kourtney Kardashian , Keeping Up With The Kardashians , Couples , Breakups
GET POP CULTURED!
*Email entered incorrectly. Please try again.
By subscribing to our newsletter you agree to the Privacy Policy and Terms of Use
Daily
Weekly