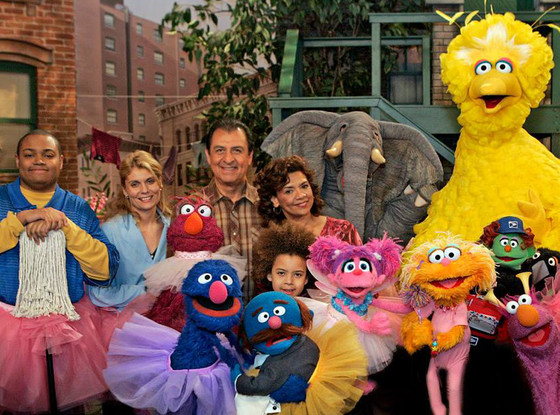 After more than 40 years, "Maria" is saying goodbye to Sesame Street. Sonia Manzano will not return to the show as the character she's portrayed since the 1970s. Manzano announced her retirement at an American Library Association conference and in an interview with E! News, she explained her reasoning behind walking away from the legendary role and TV show.

"I've been thinking of retiring from the show for several years, only because 40 years is a long time to be with a show! When my first book, No Dogs Allowed was published I got a taste for writing books and got hooked! With two books being published in the coming months, a memoir, Becoming Maria: Love and Chaos in the South Bronx and Miracle on 133rd Street, I decided the time had come to devote all my time to writing," Manzano told E! News.

Manzano said Maria will be retired, that's "the advantage of being a human on the show!" As of now there's no big goodbye planned for Manzano and the character. "After all, with current technology I will remain on the show via videos and all the rest," she said.

As for what she'll miss the most, well it's what you'd expect.

"Trying to not be upstaged by Muppets! Seriously, Muppets are the heart and soul of the show and I will miss performing with them," she said. "So often we laughed so hard we could hardly get words out! I will particularly miss my relationship with Oscar the Grouch!"

With more than 40 years on the show behind her, picking one favorite memory is no easy task. "There are so many. Stevie Wonder appearing on the show when the whole studio rocked on the same page of good will. Lena Horne singing the profound ‘It's Not Easy Being Green,' and being part of the memorable segment on death ‘Good-bye Mr. Hooper,'" she said, just to name a few.

PHOTOS: Did you know these stars voice cartoon characters?

Manzano's mark on the lives of millions is evident. And she has a special message to the legions of viewers she entertained and educated.

"It ain't over 'till it's over. Sesame Street set out to close the education gap and help create an inclusive society," she said. "I will still work towards fulfilling those goals through my books and talks on whatever platforms become available to me."

Sesame Workshop took to Facebook to pay tribute to Manzano and Maria, sharing a series of photos and the following statement:

"Sonia Manzano has announced her retirement from Sesame Street, but she will always be a part of the fabric of our neighborhood. During her 44-year career as the iconic "Maria," and the first leading Latina woman on television, she was a role model for young girls and women for generations," Sesame Workship said. "Sonia's talents on Sesame Street extend beyond her groundbreaking role on camera; she also earned 15 Emmy awards as a member of Sesame Street's writing team. We'll always be grateful for her many years on Sesame Street as a champion of diversity and helping millions of kids grow up smarter, stronger and kinder."

Will you miss Maria?

TAGS/ TV , Top Stories , Sesame Street , Watch With Kristin
GET POP CULTURED!
*Email entered incorrectly. Please try again.
By subscribing to our newsletter you agree to the Privacy Policy and Terms of Use
Daily
Weekly