The Bachelorette Gets Real Depressing: Everybody Cries, Especially Cupcake! 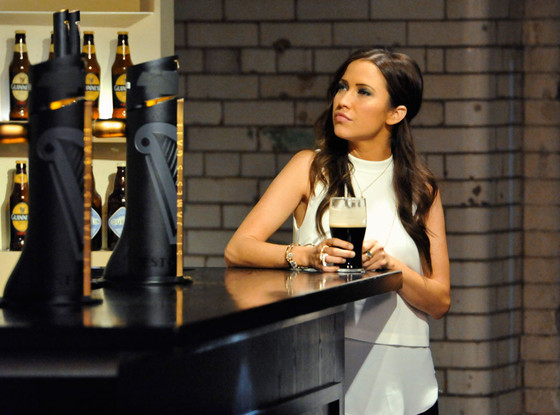 If you thought last week's episode of The Bachelorette was dramatic, wait ‘til you get a load of tonight's game changer.

Seriously, did someone write this? Did they secretly make this a scripted drama without us knowing about it? That was just dramatically brutal, and lacked pretty much all of the fun that we've come to expect from this show.

Last week's episode ended with Shawn coming to Kaitlyn's room. She thought he was upset about her having slept with Nick, but he didn't even know about that. He was inconsolable just knowing she gave another guy the date rose, after Kaitlyn had visited him off-camera to tell him he might be the one.

He begged her to tell him whether she was in love with him or not, and she felt like she was being put on the spot, and it was all just about as intense as things can get between two people calmly yet tearfully discussing their relationship—or so we thought.

Turns out, every single conversation tonight was intense and upsetting and just plain sad, and this was a night entirely comprised of conversations. There was no boxing, or sumo wrestling, or rapping, or even awkward sexy times behind a door. There was just heartbreak, and it was almost too dang much.

We're actually sort of at a loss for words, because there was nothing to make fun of. Nothing! We're barely even comfortable making fun of Cupcake's glorious crying face, because it was just so sad.

CLICK: Amy Schumer agrees to join The Bachelorette on these three conditions 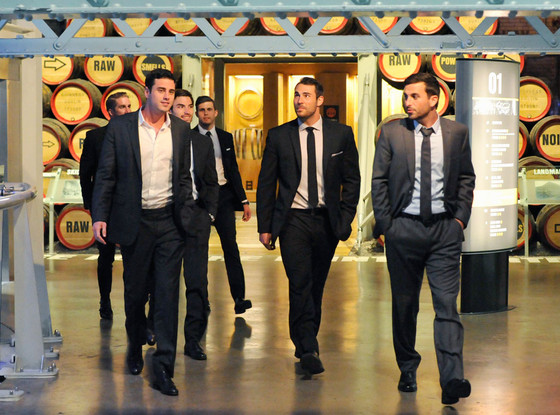 We guess, in lieu of anything to make jokes about, we'll just go through all the guys who are left after Kaitlyn eliminated JJ (makes sense), Ben Z. (aww!), Tanner (who?), and Cupcake (*cry face*) and talk about their chances of making it through "time alone with Kaitlyn" week.

What's that, you ask? Oh, it's just Chris Harrison's little twist to the game in an effort to smooth things over. Before they make it to the hometown dates, the remaining guys will get some off-camera time with their lady to talk, or do whatever, before they take her to meet their families. This is actually a pretty good idea when you don't think about it as Chris Harrison saying, "now you can have sex with all the other guys, too!"

First off, we have Joe, who has managed to fly somewhat under the radar so far. He's nice, and sweet, and Southern, and pretty darn basic. Based on the fact that we keep forgetting him (and would have forgotten him completely if it weren't for his accent), his relationship with Kaitlyn hasn't made much of an impact. We'd be sort of shocked if he made it to the top three.

Up next is Nick. Nick is probably pretty solid, presuming he doesn't tell the guys about his night with Kaitlyn before she gets the chance to do it. He did get strangely upset when she asked him not to talk about it, but they worked through it and acknowledged their chemistry and the fact that they're both here for the same reason. He'll be fine.

MORE: Which Bachelor/Bachelorette couples are still together? 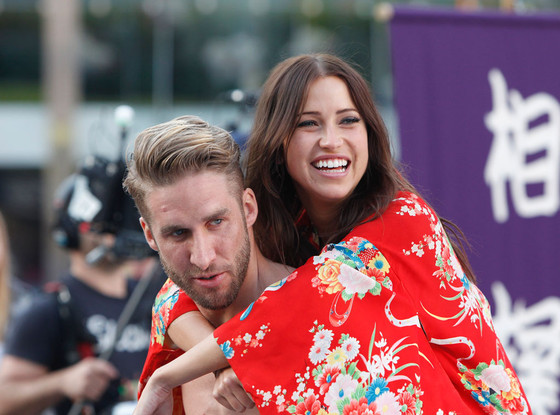 Then, there are Ben H. and Jared. We're grouping them. Why? We have no idea, but for some reason they feel the same to us. They've both had their moments to shine, and they've both managed to fade into the background at times. Kaitlyn has always seemed weirdly attached to Jared, so he might edge Ben out just a bit in terms of making it to the top three. One of them will go home, but we can't decide which one it will be (or should be).

And finally, Shawn. This guy started out as just the super hot love child of Ryan Gosling and Calvin Harris, and he has become one of the most emotional men to grace this show in a while. He's still hot, don't get us wrong, and we're totally still obsessed with him, but we'd also be mildly alarmed to see a man fall so intensely in love with us that he spends most of his time crying and saying things like "I haven't been able to eat" because he's so in love with us. Like, calm down dude. Get some chill.

He and Kaitlyn did a lot of talking tonight, and he almost quit the show due to the fact that it was too hard to watch her date other men, but eventually the both of them decided that this was worth it. "I really think this is a bump in the road," he said, and we're kind of scared to find out how he'll react to finding out about Kaitlyn's night with Nick.

MORE: Andi and Kaitlyn hang out, are happy to be "awkward" 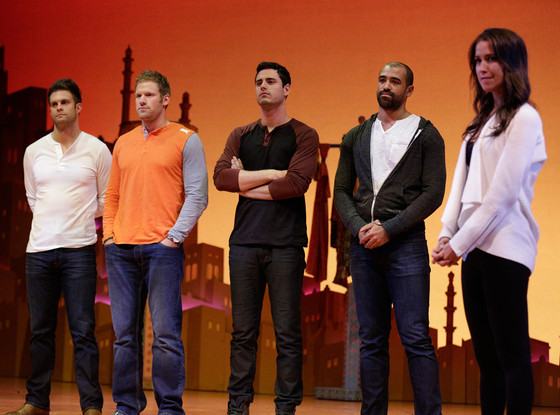 We're not afraid of violence, but like, he's going to cry so much, and his cryface is not one that can easily be made comical in an effort to make ourselves feel less awkward.

Speaking of cryfaces, let's talk about Cupcake for a second. Kaitlyn took him on a fancy helicopter date to some fancy cliffs, all the while talking about how he has no idea what's in store. She was right, because he was not at all expecting her to say she couldn't see herself spending the rest of her life with him. It's possible that she didn't expect to hear herself say that either, but she did, and then she flew away in the helicopter without him.

He totally broke down on the edge of that cliff, and we were so glad to see a producer there to comfort him because those were the tears of a man who might do something wildly impulsive and cliff-related. We were also glad to see his scarf there to act as a large comforting tissue.

That was how the episode ended, with Cupcake Chris crying on a cliff, after a whole episode of tears and total devastation in the relationship department. We feel bad for everyone involved, including ourselves.

Speaking of ourselves, we need a drink or four and maybe a nice lie-down because this is getting to be too much.

Did you also find that episode hard to get through? Sound off in the comments!

CLICK: Our best guess for who will win The Bachelorette!